Food may have been scarce in Chaco Canyon

Chaco Canyon, a site that was once central to the lives of precolonial peoples called Anasazi, may not have been able to produce enough food to sustain thousands of residents, according to new research. The results could shed doubt on estimates of how many people were able to live in the region year-round.

Located in Chaco Culture National Historic Park in New Mexico, Chaco Canyon hosts numerous small dwellings and a handful of multi-story buildings known as great houses. Based on these structures, researchers think that it was once a bustling metropolis that was home to as many as 2,300 people during its height from 1050 to 1130 AD.

But Chaco also sits in an unforgiving environment, complete with cold winters, blazing-hot summers, and little rainfall in either season.

“You have this place in the middle of the San Juan Basin, which is not very habitable,” said Larry Benson, an adjoint curator at the CU Museum of Natural History.

Benson and his colleagues recently discovered one more wrinkle in the question of the region’s suitability. The team conducted a detailed analysis of Chaco Canyon’s climate and hydrology, and found that its soil could not have supported the farming necessary to feed such a booming population. 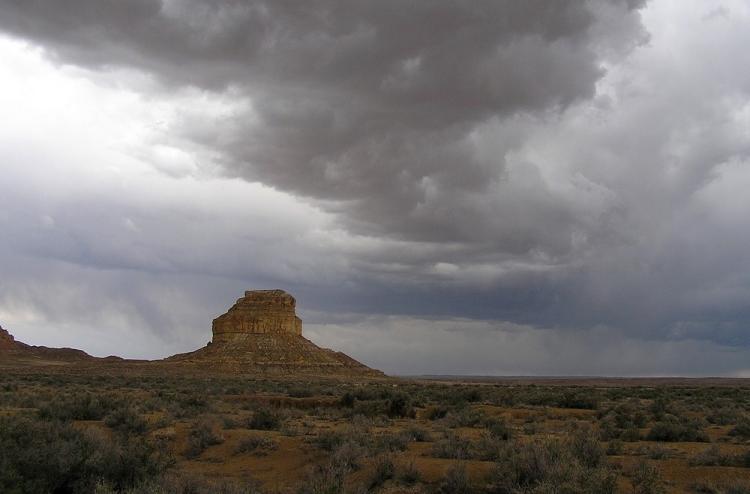 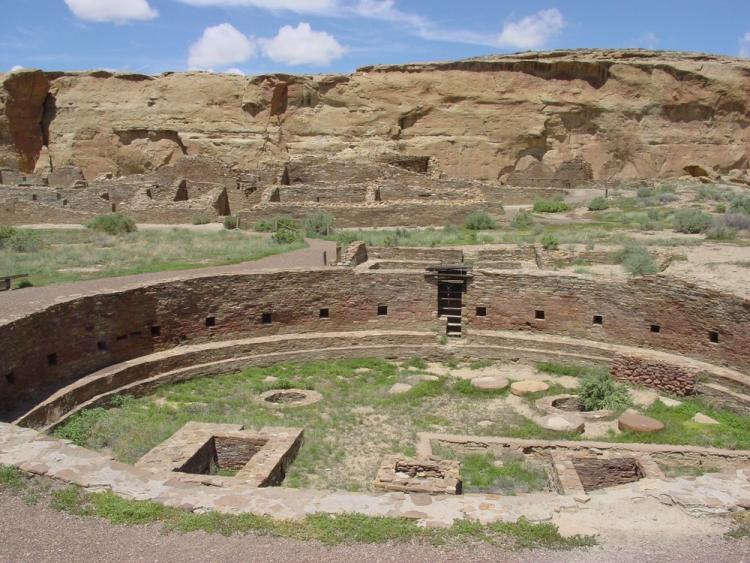 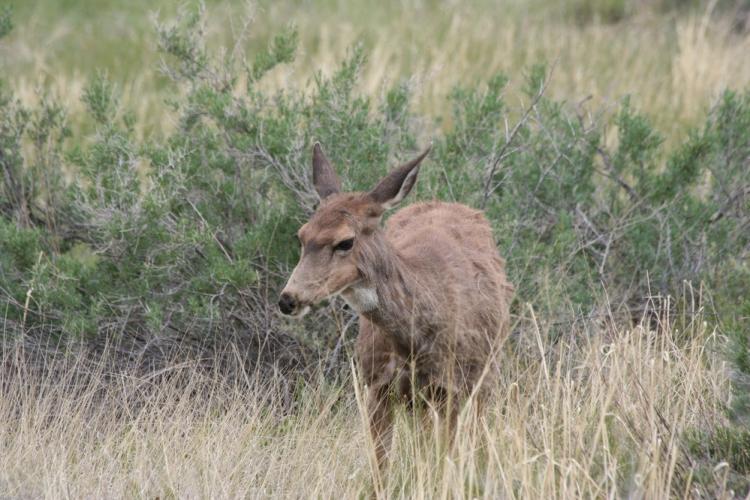 The findings, Benson said, may change how researchers view the economy and culture of this important area.

“You can’t do any dryland farming there,” Benson said. “There’s just not enough rain.”

Today, Chaco Canyon receives only about nine inches of rain every year, and historical data from tree rings suggest that the climate wasn’t much wetter in the past.

Benson, a retired geochemist and paleoclimatologist who spent most of his career working for the U.S. Geological Survey, set out to better understand if such conditions might have limited how many people could live in the canyon. In the recent study, he and Ohio State University archaeologist Deanna Grimstead pulled together a wide range of data to explore where Chaco Canyon residents might, conceivably, have grown maize, a staple food for most ancestral Pueblo peoples.

They found that these precolonial farmers not only contended with scarce rain, but also destructive flash floods that swept down the canyon’s valley floor.

“If you’re lucky enough to have a spring flow that wets the ground ahead of planting, about three-quarters of the time, you’d get a summer flow that destroys your crops,” Benson said.

The team calculated that Chacoans could have, at most, farmed just 100 acres of the Chaco Canyon floor. Even if they farmed all of the surrounding side valleys—a monumental feat—they would still have only produced enough corn to feed just over 1,000 people.

The researchers also went one step further, assessing whether past Chaco residents could have supplemented this nutritional shortfall with wild game like deer and rabbits. They calculated that supplying the 185,000 pounds of protein needed by 2,300 people would have quickly cleared all small mammals from the area.

In short, there would have been a lot of hungry mouths in Chaco Canyon. Benson and Grimstead published their results this summer in the Journal of Archaeological Science.

For Benson, that leaves two possibilities: Chaco Canyon residents either imported most of their food from surrounding regions 60 to 100 miles away, or the dwellings in the canyon were never permanently occupied, instead serving as temporary shelters for people making regular pilgrimages.

Either scenario would entail a massive movement of people and goods. Benson estimates that importing enough maize and meat to feed 2,300 people would have required porters to make as many as 18,000 trips in and out of Chaco Canyon, all on foot.

The Internet Research Agency, a troll-farm based in St. Petersburg, reached out to thousands of Twitter users in the lead up to the 2016 presidential election. Afterward, some may have changed their behavior online. END_OF_DOCUMENT_TOKEN_TO_BE_REPLACED

Researchers from the BioFrontiers Institute at CU Boulder have developed a saliva-based COVID-19 test capable of returning results in as little as 45 minutes—no nasal swabs or fancy laboratory equipment required. It could potentially be used for mass, inexpensive screening in community settings like schools and factories. END_OF_DOCUMENT_TOKEN_TO_BE_REPLACED

A CU Boulder researcher has received National Science Foundation funding to study COVID-19 spread in airplane cabins. END_OF_DOCUMENT_TOKEN_TO_BE_REPLACED
Return to the top of the page