MAVEN sets its sights beyond Mars

MAVEN sets its sights beyond Mars

For more than four years, NASA’s Mars Atmosphere and Volatile Evolution (MAVEN) mission has explored the mysteries of the Red Planet’s upper atmosphere. More recently, the spacecraft has gotten up close and personal with that same expanse of gas.

Earlier this year, MAVEN dipped into the highest reaches of Mars’ atmosphere over a two-month “aerobraking” campaign, using the resistance there to slow itself down in space and shift the dynamics of its orbit.

Those maneuvers ushered in a new era for MAVEN and for CU Boulder’s Laboratory for Atmospheric and Space Physics (LASP). LASP leads the overall mission and the science operations for MAVEN and built two of its instruments.

Thanks to the campaign, the spacecraft has been nudged into a new, closer-in orbit around Mars. That circuit will allow MAVEN to split its time between continuing its scientific research and serving as a communications relay for NASA’s current and future Mars rovers.

For many MAVEN team members, the aerobraking campaign provides a chance to reflect on the mission’s legacy and what lies in store for this roughly car-sized satellite. That satellite was built at the Colorado-based Lockheed Martin Space.

“For decades, CU Boulder has ventured into space to answer countless mysteries about our own planet and others,” said Bruce Jakosky, principal investigator for MAVEN and an associate director of LASP. “MAVEN has been an important step in that journey and has given us a whole new perspective on our nearest planetary neighbor.”

Now, the MAVEN team is also looking beyond the Red Planet to explore what Mars can tell scientists about other bodies outside of the solar system—especially those that, like Mars but unlike Earth, don’t have a global magnetic field. 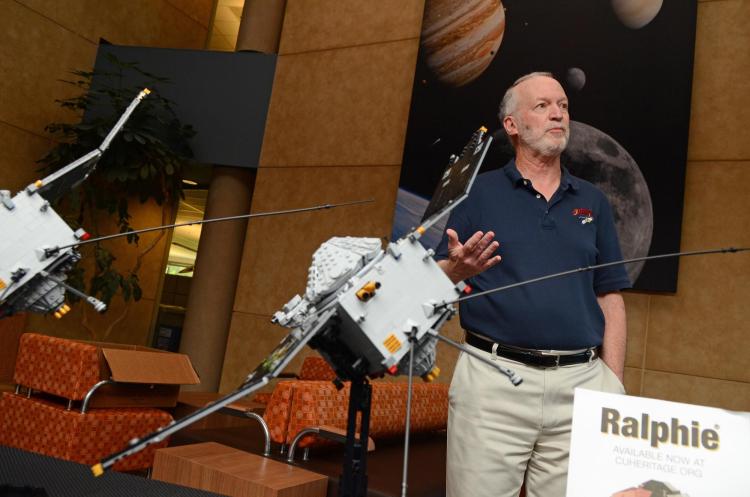 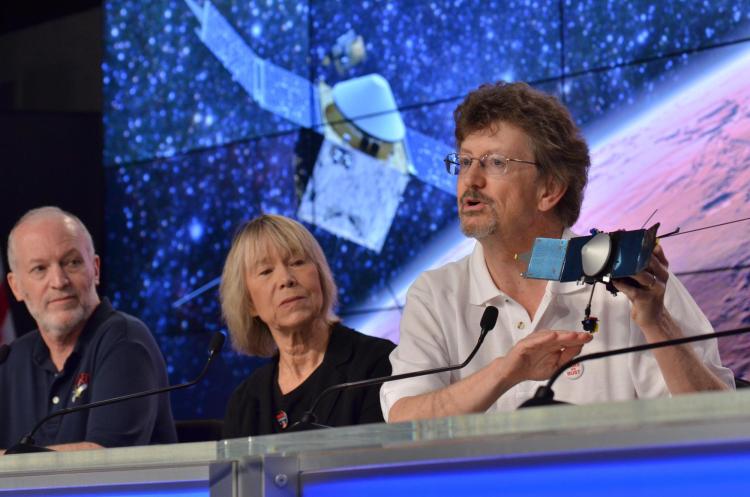 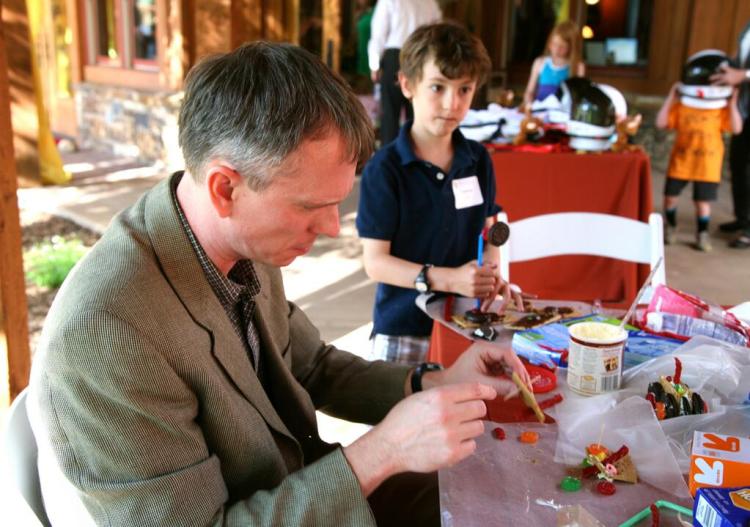 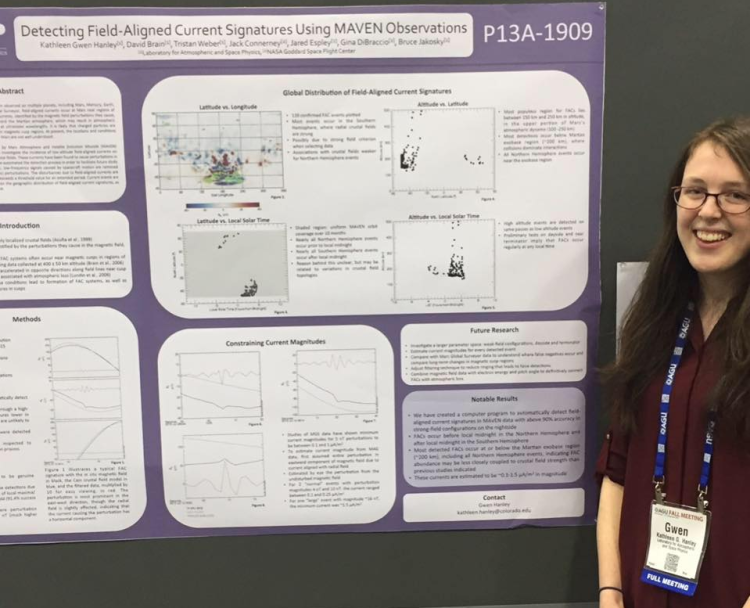 “Mars is a nearby laboratory for studying what other unmagnetized planets might be like,” said David Brain, an associate professor at LASP. “It represents a big opportunity to go and study the atmosphere of a planet somewhere else.”

The MAVEN mission was full of surprises from the start, Brain added.

Just weeks after the spacecraft arrived at Mars in September 2014, the mission team looked on as a comet buzzed the planet’s atmosphere. The resulting tumult lit up the sky and created the largest meteor shower ever observed by scientific instruments on any planet.

“You design a mission to go to Mars and measure the atmospheric escape,” said Brain, also in the Department of Astrophysical and Planetary Sciences (APS). “And then it turns out that a once-in-a-million-year event is going to happen in the first few weeks after you arrived.”

His own involvement with MAVEN began long before that. Jakosky recruited Brain, just one year out from earning his doctorate at CU Boulder, to the mission in 2003. The team had a simple goal: find out what happened to Mars’ atmosphere.

“There is lots of evidence that Mars once hosted liquid water on the surface, but the atmosphere today couldn’t support that,” Brain said. “It’s a really obvious mystery of what happened to the Martian atmosphere.”

The answer, it turns out, is that those gases are escaping out into space. But MAVEN has also gone beyond this initial mystery to explore the underlying physics behind that loss of air.

Once MAVEN researchers can lay out those mechanisms, Brain said, they can begin to understand how the atmospheres of other, similar planets might evolve. That’s a pursuit that could help scientists identify habitable planets beyond Earth’s solar system.

“We’re learning about all of these processes, which gives us the ability to think about how those processes might occur around a different star,” Brain said.

Nick Schneider, a professor at LASP and a member of the MAVEN team, agreed. “We’re now at the stage of asking ‘what is Mars trying to tell us?’” he said.

When Mars does have something to say, Schneider added, it might be a student who hears it. He explained that over the years, countless undergraduate and graduate students at CU Boulder have launched their careers by sifting through MAVEN data.

“Just about everyone on our team has had the opportunity to be the first person on Earth to know something about Mars,” said Schneider, also of APS.

Gwen Hanley is one of them. She began working on the MAVEN team as an astronomy and physics major at CU Boulder and still works on it today, now as a doctoral student at the University of California, Berkeley.

Hanley said that she’s excited by MAVEN’s goal of exploring an atmosphere much different than Earth’s. But she also stayed on the mission because of the support she’s gotten from the MAVEN team

“I could talk to just about anyone on the MAVEN team,” said Nauth, now a Master’s student at Vanderbilt University. “If you’re still learning, people will make time to listen to questions. It’s very team oriented.”

And that, for Bruce Jakosky, is perhaps the biggest legacy of MAVEN—a new generation of young scientists who will go on to solve new mysteries on countless other planets.

“MAVEN has told us so much about the evolution of Mars,” Jakosky said. “But now, we’re looking beyond that to understand the many more planets that we know exist around other stars—and to set the stage for humans to eventually explore those worlds.”

MAVEN through the years

CU Boulder has been selected as a member of the United States Space Command Academic Engagement Enterprise, a new national program designed to expand collaboration and academic exchanges between universities and Space Command. END_OF_DOCUMENT_TOKEN_TO_BE_REPLACED

Since July 2022, a miniature satellite about the size of a shoebox has been orbiting Earth and monitoring how much solar energy reaches the atmosphere, one of the "most important" Earth science measurements. Now, scientists are finalizing their analysis of the first five months of the testing. END_OF_DOCUMENT_TOKEN_TO_BE_REPLACED

The historic spacecraft soon hit Earth's atmosphere flying at speeds of almost 25,000 mph. CU Boulder aerospace engineer Iain Boyd breaks down what will happen to the capsule, and how NASA will keep it safe on reentry. END_OF_DOCUMENT_TOKEN_TO_BE_REPLACED
Return to the top of the page