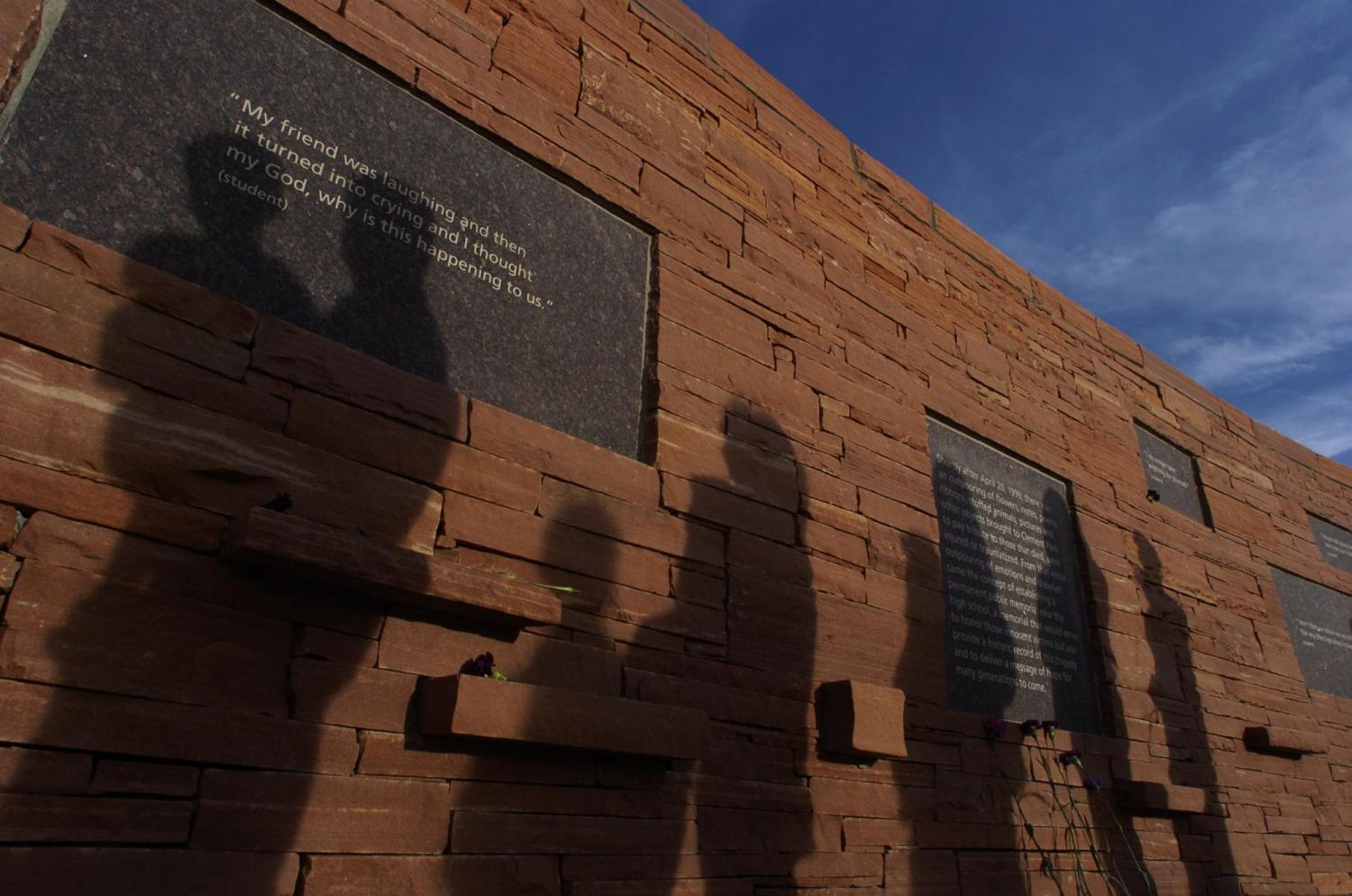 Visitors file by the inscribed plaques on the outer circle of the Columbine Memorial at Clement Park. Credit: Glenn Asakawa

Can school shootings be prevented?

Twenty years after two teenage gunmen fatally shot 12 students and 1 teacher at Columbine High School in Littleton, the question remains an urgent one in a country that saw 97 acts of school gun violence in 2018 alone.

The answer, according to researchers at the CU Boulder’s Center for the Study and Prevention of Violence (CSPV), is an unequivocal “yes.”

They’ve spent decades studying the roots of youth violence, and estimate that translating the lessons they’ve learned so far into action could eliminate 30 percent of violent incidents in schools today.

But the solutions aren’t simple, and implementation has been slow to arrive.

“We already know what works,” said CSPV Director Beverly Kingston, who will present this research April 16 at Uniting to Prevent School Violence, a day-long conference at the CU Anschutz Medical Campus. “The question now is: How do we take what we have learned and help schools put it into practice?”

In 2018, the CSPV, which is part of the Institute of Behavioral Science (IBS), partnered with the Colorado Attorney General’s office to co-author the Colorado School Safety Guide, a 145-page resource spelling out research-based recommendations. The guide outlines how to create a safer school by identifying and supporting troubled teens and preventing them from acting out violently, and offers response and recovery procedures for when the unthinkable occurs.

The recommendations date back to the 2001 Columbine Review Commission report, a detailed analysis of what at the time was the worst school shooting in U.S. history.

“There had been a few mass shootings before then, but Columbine surpassed everything that was imagined in terms of what could happen in schools,” recalls Kingston. “It was a horrific call to action.”

Early on, one reality became clear: School shootings are almost always planned ahead of time.

One study of school shootings found 81 percent of attackers told someone about their plan, and 93 percent exhibited strange behavior or other “red flags.”

With this in mind, the nonprofit Safe2Tell Colorado launched in 2004, offering an anonymous 24-hour tip-line in which citizens can alert law enforcement to such warning signs.

Since its inception, more than 1,500 planned school attacks have been averted. Now, other states are beginning to replicate the program.

“A lot of times someone hears or sees something that doesn’t seem right, and they don’t know who to call or how to report it,” said Kingston. “This provides an opportunity to intervene.”

In 2016, the CSPV published an independent fact-finding report about the Arapahoe High School shooting in Centennial, Colo., shedding even more light on what schools can do.

Senior Claire Davis was killed in the December 2013 shooting. The perpetrator - a troubled fellow student - died after turning the gun on himself. Bill Woodward, director of training and technical assistance at CSPV, sat in on hours of emotional depositions from witnesses before co-authoring the report.

“We found there were 27 missed opportunities that could have changed the course of events that led to Claire’s death,” he said.

Among them: School employees didn’t build a safety and support plan for the shooter after hearing of incidents of elementary school violence; follow up on reports of him bullying and being bullied; suspend him for threatening the librarian; or inform the school’s threat assessment team after learning about his viewing of guns and mass shootings online.

“You had a lot of individual people with individual pieces of information about him, but it was not being shared with others,” said Woodward.

The takeaways: School employees should err on the side of sharing information with each other and with law enforcement, and leaders should foster a culture in which everyone owns school safety. 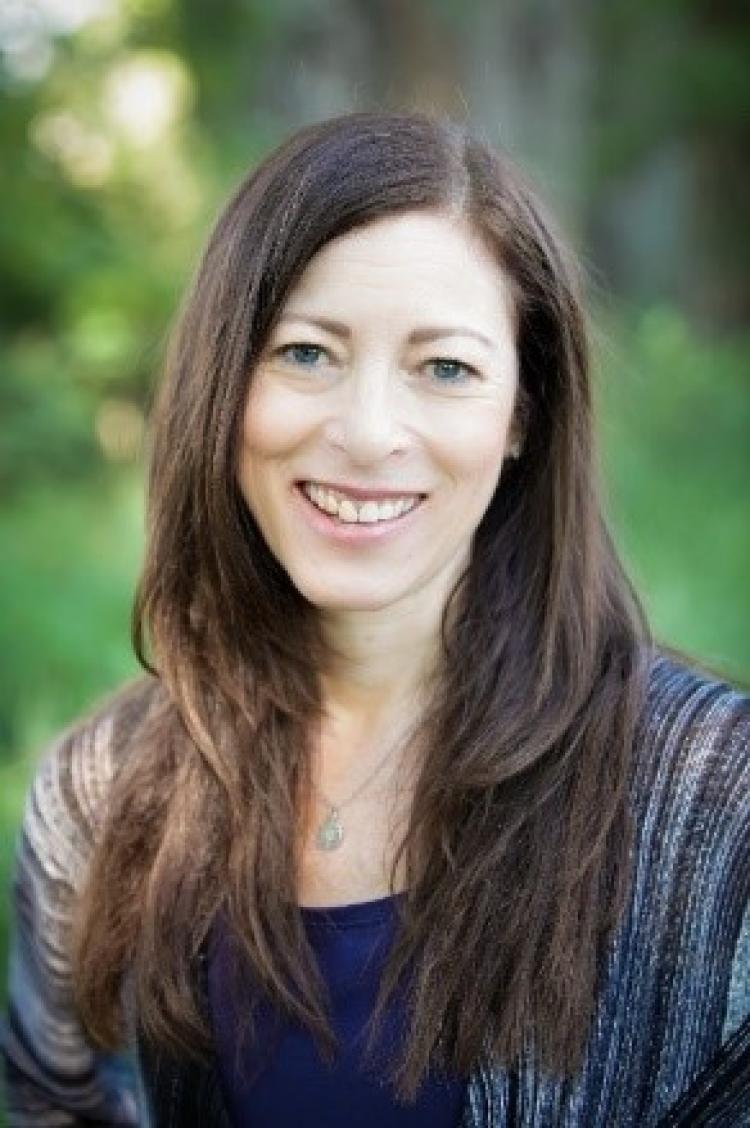 While better communication can have a huge impact, Kingston stresses that the true key to preventing school shootings long-term is to change school culture in the United States.

“There are a lot of hurting kids out there,” she said.

To provide greater social and emotional support for both students and staff, the CSPV has rolled out numerous programs including Safe Communities Safe Schools—a comprehensive school safety program which is being implemented in 44 Colorado middle schools so far. Meanwhile, Blueprints for Healthy Youth Development provides a list of scientifically-vetted programs for addressing things like bullying, depression and substance abuse in schools.

“True prevention is working upstream, intervening at the earliest point possible to prevent any child from ever wanting to do something violent,” said Kingston, who believes more money should be allocated to help already-overstretched schools shift their culture. “To get there will be a significant investment, but in the end it will save lives.”

"Don’t pressure your doctor for an antibiotic unless there's evidence that you need one," says Corrie Detweiler in this Q&A on the threats of antibiotic-resistance pathogens. END_OF_DOCUMENT_TOKEN_TO_BE_REPLACED

Between 1898 and 1969, 62 nuns were buried in a historic cemetery in southwest Denver. This summer, Lauren Hosek is helping to move the remains to a new resting place. END_OF_DOCUMENT_TOKEN_TO_BE_REPLACED

A recent production of “Charlie and the Chocolate Factory” by a therapy group for aphasia—a neurological condition that impairs the ability to speak and understand language—aimed to help participants gain confidence in communication and other skills. END_OF_DOCUMENT_TOKEN_TO_BE_REPLACED
Return to the top of the page