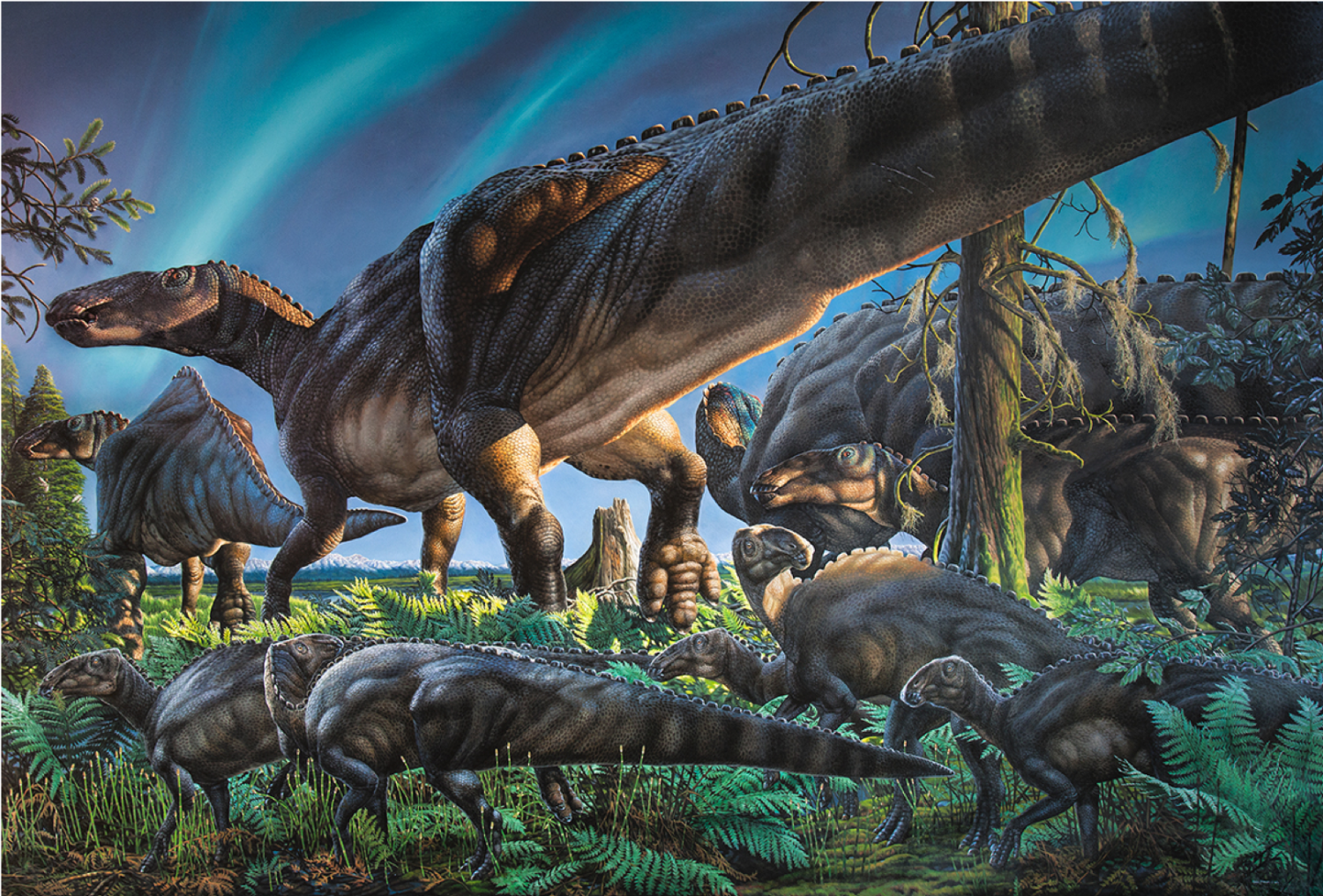 Small mammals like Unnuakomys hutchisoni scurried at the feet of duck-billed dinosaurs and other larger animals in Alaska's polar forests 69 million years ago. (Credit: James Havens)

Paleontologists working on a steep river bank in Alaska have discovered fossil evidence of the northernmost marsupial known to science.

This tiny, opossum-like critter, which the team named Unnuakomys hutchisoni, roamed the Earth during the Late Cretaceous Period about 69 million years ago. It rubbed elbows with dinosaurs on a land mass that was, at the time, located far above the Arctic Circle. 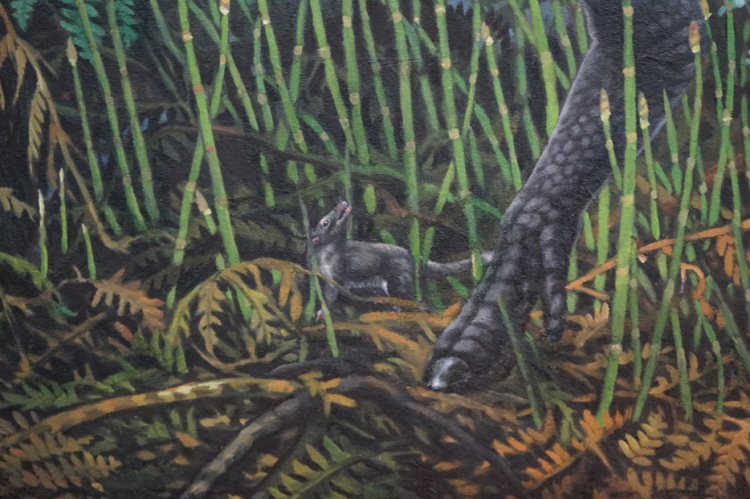 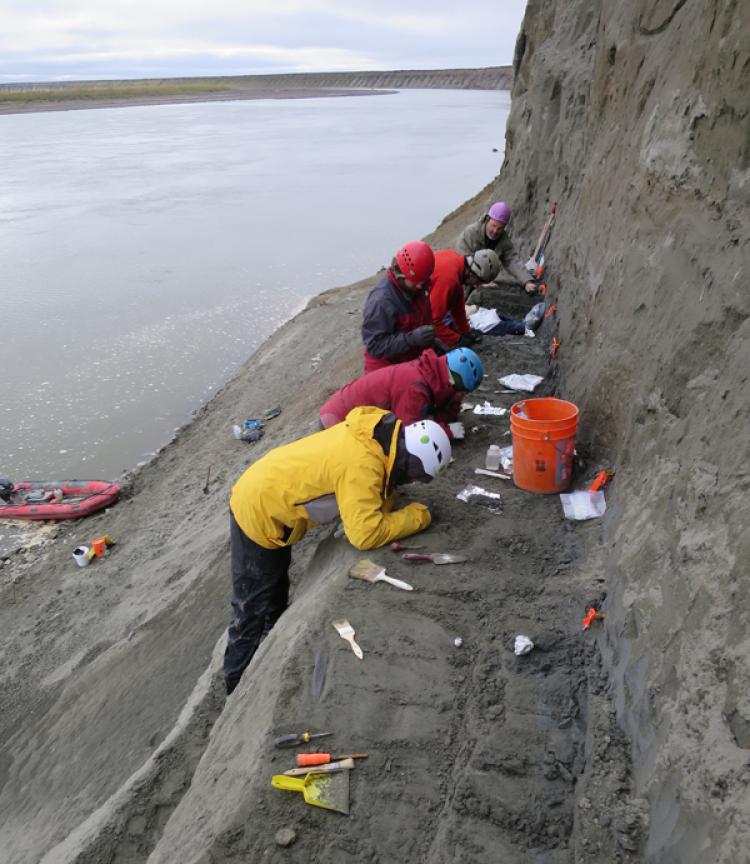 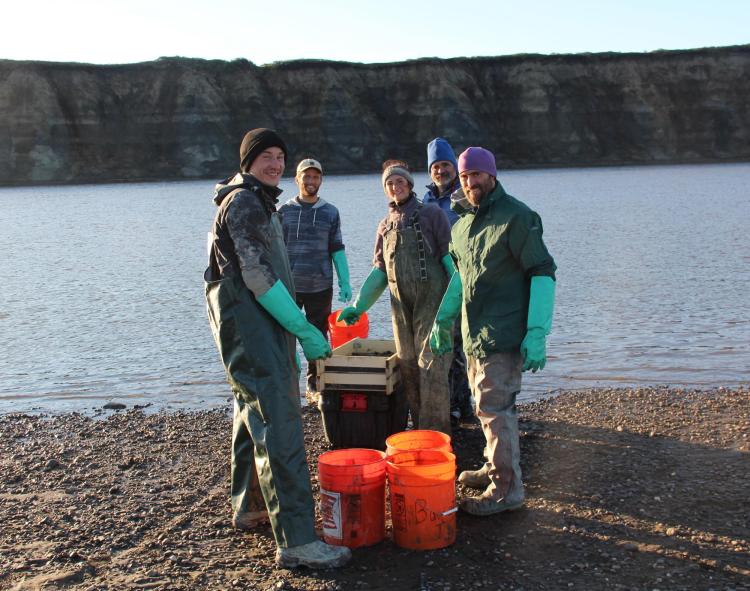 Top: An artist's imagining of a small mammal from the Late Cretaceous; Middle: Paleontologists from the University of Alaska excavate a steep river bank; Bottom: Paleontologists pose for a photo next to buckets of dirt that they will sift through to search for mammal teeth.  (Credits: James Havens; Patrick Druckenmiller; Jaelyn Eberle)

Jaelyn Eberle, curator of fossil vertebrates at the University of Colorado Museum of Natural History, led the research describing the newest member of Metatheria. This mammalian group includes modern-day marsupials and their extinct relatives.

She said that despite an estimated weight of less than an ounce, this itty-bitty animal was probably pretty hardy. It would have needed to survive 120 days of darkness in the winter and temperatures that averaged just 42 degrees Fahrenheit, or about 6 degrees Celsius.

To honor that Arctic lifestyle, Eberle and her colleagues gave the new mammal the genus name Unnuakomys, a mash-up of Greek and the indigenous Iñupiaq language that means “night mouse.”

“These guys must have been adapted to darkness because they spent a lot of time in it,” said Eberle, also of CU Boulder's Department of Geological Sciences.

She added that the discovery paints a more detailed picture of the flora and fauna that once thrived in what is now the North Slope of Alaska—a region that, in the age of dinosaurs like Tyrannosaurus rex, was home to species not seen anywhere else on Earth.

“This new marsupial is an exciting addition to the growing list of new species of dinosaurs and other animals that we are describing from northern Alaska as part of a bigger project to reveal ancient Arctic ecosystems,” said study coauthor Patrick Druckenmiller of the University of Alaska Fairbanks.

A peek at teeth

Near the end of the reign of dinosaurs, this province, near the modern-day Colville River, would have sat at a latitude of about 80 degrees north, around where northern Greenland sits today. Researchers from the University of Alaska and elsewhere have previously uncovered an array of animals from this region, such as unique species of tyrannosaurids and duck-billed dinosaurs that tromped around thick conifer forests.

But mammals from the same area haven’t been as easy to find because they were small and didn’t leave behind many bones. To identify their new species, the researchers relied on teeth, which they sifted out of huge tubs of dirt.

"I liken it to searching for proverbial needles in haystacks—more rocks than fossils," said study coauthor Gregory Erickson of Florida State University.

Mammal teeth, Eberle explained, have cusps that differ in size, shape and number from species to species, making them a bit like fingerprints for long-dead organisms.

“If I were to go down to the Denver Zoo and crank open the mouth of a lion and look in—which I don’t recommend—I could tell you its genus and probably its species based only on its cheek teeth,” Eberle said.

Based on around 60 such teeth and some jaws from the North Slope, she and her colleagues discovered that they were dealing with not just a brand-new species of marsupial, but a new genus, too. They published their findings recently in the Journal of Systematic Palaeontology.

The team can’t say a lot about what Unnuakomys hutchisoni might have looked like, although it would have been about the size of a house mouse. It probably munched on insects and may have lived underground.

The find sets new limits on the climate range that ancient relatives of kangaroos, koalas and opossums could survive in. The northernmost marsupial alive today, the Virginia opossum (Didelphis virginiana), doesn’t venture past lower regions of Canada.

Eberle added that while Late Cretaceous mammals like Unnuakomys hutchisoni may seem unassuming, they’re important to study because they were unlikely survivors. While non-avian dinosaurs perished after a meteorite crash 66 million years ago, an array of tiny mammals persevered, eventually giving rise to the wide diversity of these organisms alive today.

Eberle wants to know how. Did these early mammals, for example, flee to burrows underground to weather the long period of extreme temperatures?

“If I were Doctor Who, I’d take the TARDIS back to the Cretaceous-Paleogene boundary when that meteorite hit,” Eberle said. “I want to know what was going on that potentially preadapted these mammals for survival.”

This research was funded by the U.S. National Science Foundation. 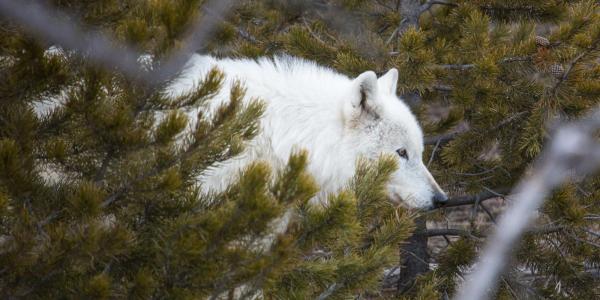 In November 2020, Colorado citizens narrowly passed a ballot initiative to reintroduce gray wolves to the state by the end of 2023. What could Proposition 114 could mean in the next few years for the state? We spoke with our own ecological expert to find out. END_OF_DOCUMENT_TOKEN_TO_BE_REPLACED 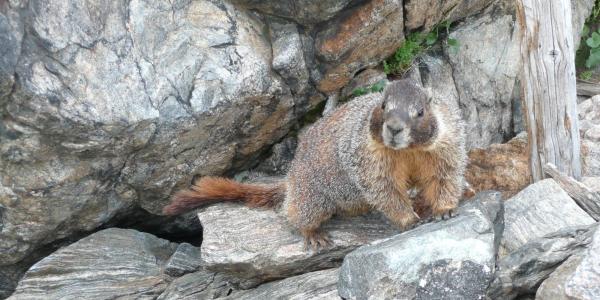 Since the 1980s, Colorado's small mammals have made an ominous trek—climbing, on average, 400 feet uphill in elevation to escape from climate change. END_OF_DOCUMENT_TOKEN_TO_BE_REPLACED 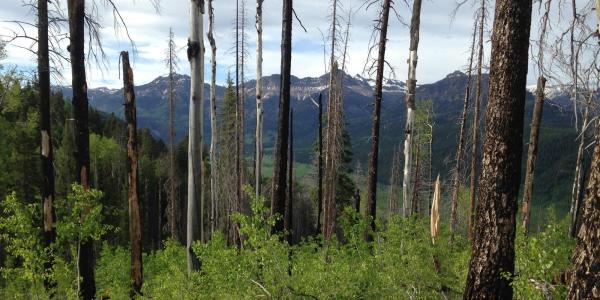 Bark beetle outbreaks and wildfire alone are not a death sentence for Colorado’s beloved forests—but when combined, their toll may become more permanent, new CU Boulder research shows. END_OF_DOCUMENT_TOKEN_TO_BE_REPLACED
Return to the top of the page