Sand from glacial melt could be Greenland’s economic salvation 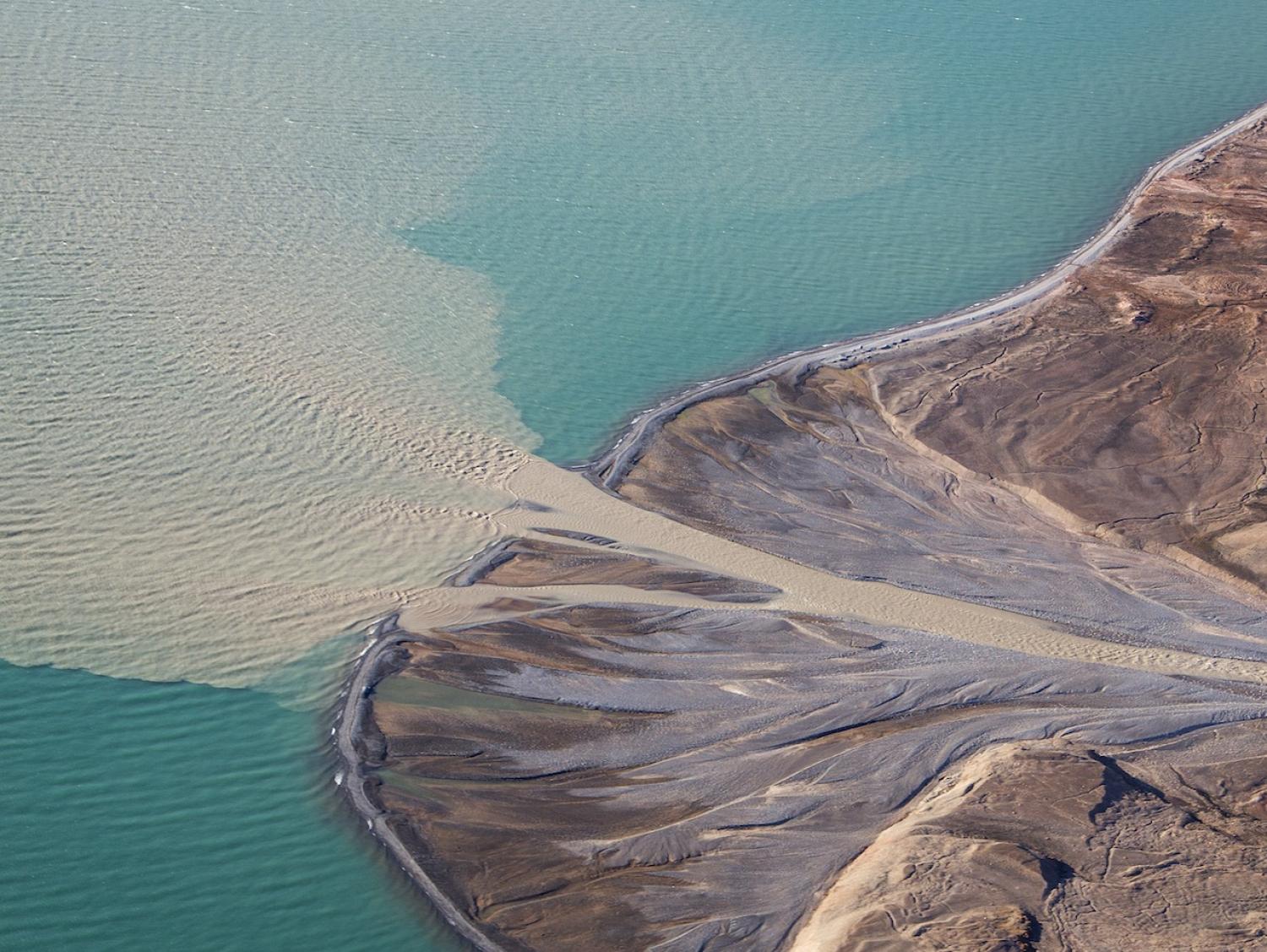 As climate change melts Greenland’s glaciers and deposits more river sediment on its shores, an international group of researchers has identified one unforeseen economic opportunity for the Arctic nation: exporting excess sand and gravel abroad, where raw materials for infrastructure are in high demand.

The unconventional, yet potentially lucrative solution was developed by scientists from CU Boulder, the University of Copenhagen, Arizona State University and the Rhode Island School of Design. Their findings were published today in the journal Nature Sustainability.

“The melting Greenland Ice Sheet delivers an enormous amount of sediments to the coast,” said Mette Bendixen, a researcher at CU Boulder’s Institute of Arctic and Alpine Research (INSTAAR) and a Carlsberg Foundation research fellow. “Eight percent of the annual sediment contribution delivered to the global oceans comes from the Greenland Ice Sheet and with continued global warming, this number is expected to increase.”

Arctic nations such as Greenland struggle with the ongoing effects of climate change, particularly an overreliance on now-vulnerable commercial fisheries and few other large industries. Greenland has sought to diversify its economy for years through mining, oil extraction and tourism, but progress has been slow; the country still reports a 10 percent unemployment rate and persistent revenue shortfalls.

Simultaneously, global sand reserves have been rapidly depleted in recent decades while demand has only increased thanks to global urbanization and infrastructure investments. The study estimates that the amount of sand delivered to Greenland’s coast each year has a market value equivalent to more than half of the Greenland gross domestic product ($2.22 billion in 2015) and this value is expected to double within the next 25 years if the global sand prices continue to increase.

“With this work, we present a rare example of economic opportunity brought to life by climate change,” said Irina Overeem, a CU Boulder associate professor and INSTAAR research fellow. 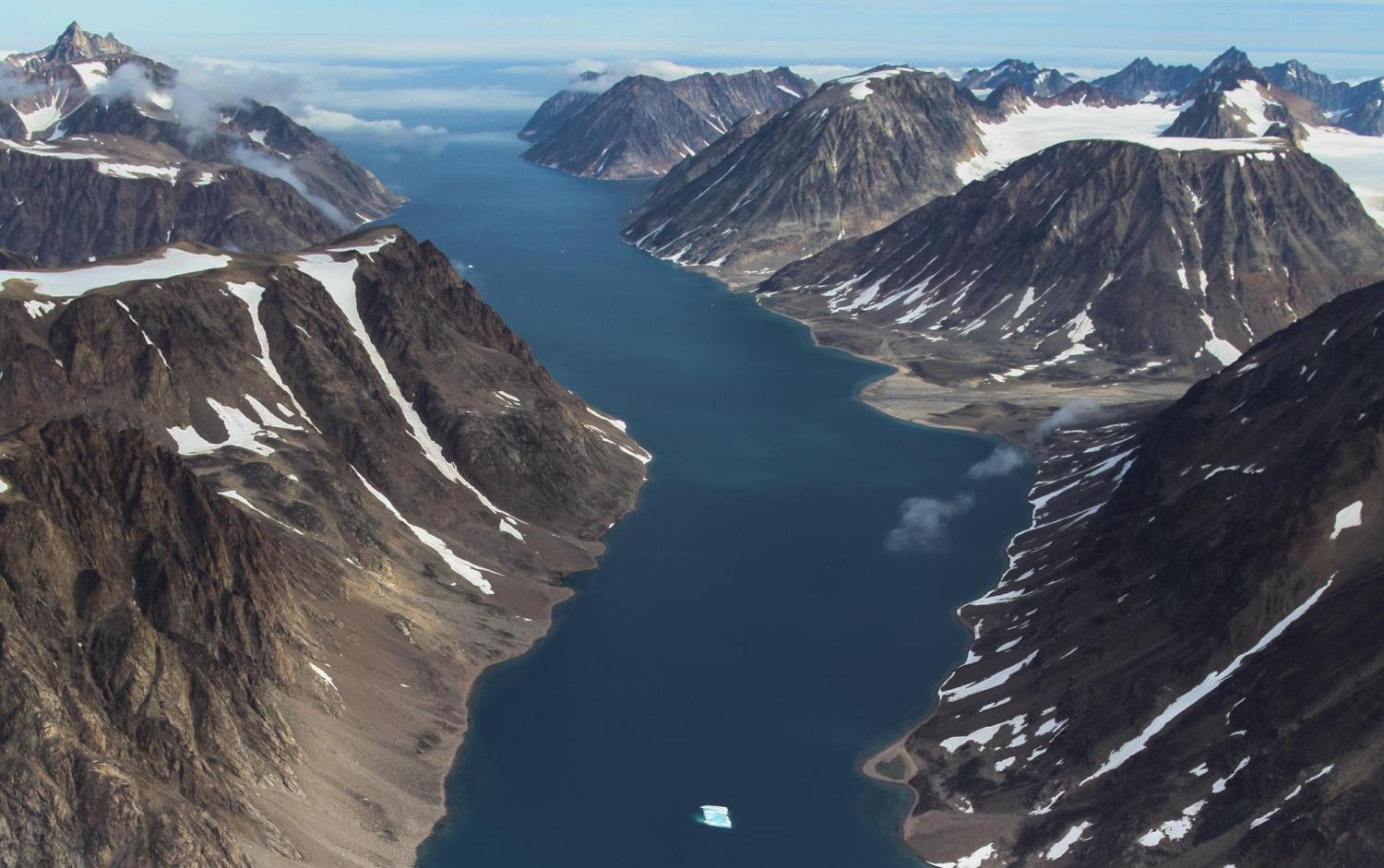 By area, Greenland is the 12th largest country in the world. Photo: Anders Anker Bjork

Sand exploitation could be controversial, however, as it would potentially interfere with the pristine Arctic landscape. The study recommends a careful assessment of the environmental impact and implementation in collaboration with the Greenlandic society.

“If Greenland is to benefit from sand extraction, we must raise awareness about the resource both locally and globally,” said Minik Rosing, a professor at the University of Copenhagen’s Natural History Museum of Denmark. “The Greenlandic people must be part of this. Greenland has rigorous resource legislation and authorities and industry must collaborate to minimize potential negative impacts of extraction on the environment.”

“When we started our research, we had no idea that our results would foster the idea of establishing a sand mining industry in Greenland,” said Lars L. Iversen, a research fellow at Arizona State University’s Julie Ann Wrigley Global Institute of Sustainability. “It just shows how unpredictable science can be and how we constantly have to think about how our work contributes to solve the global challenges that we face.”

Additional co-authors of the new research include Anders Anker Bjørk, Kurt H. Kjær and Aart Kroon of the University of Copenhagen; and Gavin Zeitz of the Rhode Island School of Design. The CU Boulder Research and Innovation Office, the Carlsberg Foundation, the Danish National Research Foundation and the Novo Nordisk Foundation provided funding for the study.

Through the Niwot Ridge Long Term Ecological Research Project, housed at CU Boulder's Mountain Research Station, scientists will continue to examine the impacts of a warming world on the university's highest campus. END_OF_DOCUMENT_TOKEN_TO_BE_REPLACED

Birds that can live at 14,000 feet and also breed at sea level might have evolved more quickly than previously thought. END_OF_DOCUMENT_TOKEN_TO_BE_REPLACED

Despite the Inflation Reduction Act, U.S. progress on climate change remains stuck in a climate conundrum, CU Boulder experts say, hampered by politics, complexity and the scope of the problem. END_OF_DOCUMENT_TOKEN_TO_BE_REPLACED
Return to the top of the page