Is Colorado a blue state now?

Not necessarily, suggests a new CU Boulder survey that paints the state’s voters in more nuanced shades. The third annual Colorado Political Climate Survey released in full today, found that while Democratic candidates did sweep statewide races on election day, registered voters remain split on hot-button issues, such as fracking and whether businesses have the right to deny services based on religious beliefs.

“This was a midterm year, and therefore was expected to be a good year for Democrats nationally given the backlash toward the presidential administration. Perhaps no state had more of a blue wave than Colorado,” said Scott Adler, director of the American Politics Research Lab (APRL) and co-author of the study. “But based on our findings I would not call the state a permanent or fixed blue state. On many issues, it is still moderate.”

Anand Edward Sokhey, associate director of the center and co-author of the survey, added that while Coloradans largely agree that the state’s economy is doing well,  they disagree on many other things, from TABOR (the Taxpayer’s Bill of Rights) to approval of the U.S. Supreme Court.

“It would be wrong to say that Colorado speaks with a unified, liberal voice,” Sokhey said.

44% believe businesses have the right to deny services to gay and lesbian citizens based on religious beliefs; 52% disagree.

61% favor making it more difficult to purchase a gun; 36% disagree.

In October 2018, Survey company YouGov administered the survey online to a representative sample of 800 Colorado voters, just as ballots were hitting mailboxes.

In addition to asking recipients how they planned to vote in the 2018 election (those results were released in October) it also gauged self-reported political identification, sentiment about lawmakers, and opinions on issues expected to come under discussion in the state this year.

Thirty-nine percent of respondents surveyed self-identified as Democrats, down from 47 percent in the 2017 poll.

“We think it was at an unnaturally high level in 2017 in reaction to the beginning of the Trump administration,” said Adler.

“What we saw on Election Day was a lot of independents casting ballots for Democrats,” Adler said.

Approval ratings for both Trump and Republican Sen. Cory Gardner—who are both up for reelection in 2020—improved over the past year, with Trump’s rating up 8 percent to 42 percent, and Gardner’s rebounding more than 11 percent (from 25 percent in the 2017 poll).

“He has bounced back significantly in part by distancing himself from the president on certain issues,” said Adler, pointing to Gardner’s recent calls for an end to the government shutdown.

Outgoing Gov. John Hickenlooper was by far the most popular politician among Coloradans polled, with an approval rating of 53 percent as he left office and considers a presidential bid.

Thirty-nine percent of those polled disapprove of the Supreme Court (with discontent, particularly among liberals, up slightly in the aftermath of the Brett Kavanaugh hearings) while 47 percent approve of it.

When it comes to issues, a majority of Coloradans consistently agree on another thing: 76 percent of those surveyed said that undocumented immigrants who came here as children, known as Dreamers, should be allowed to stay.

“That’s a slight uptick even from what we saw a year ago, and it gets widespread support even among Republicans,” said Adler, noting that about half of Colorado Republicans support “DACA-like legislation.”Adler noted that while Democrats did well in congressional and statewide races in Colorado in 2018, the blue wave was not all-encompassing.

“We did see several measures that didn’t go the way that liberals wanted them to,” he said, pointing to the defeat of Amendment 73, which would have raised taxes to fund education, and Amendment 74, which would have established setbacks for oil and gas drilling. The takeaway for those ready to characterize the state as blue:

It’s not that simple.

“Colorado voters don’t just vote as one monolith,” said Adler. “They understand the issues and they moderate where they see it as appropriate.” 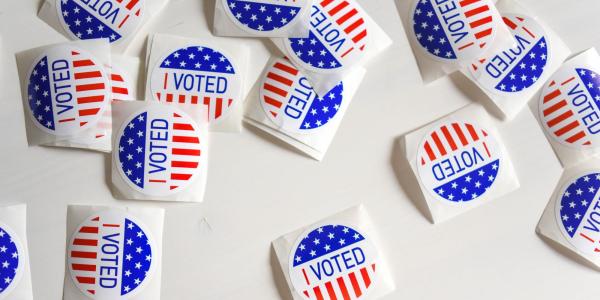 Assistant Professor Matt Burgess discusses the political polarization of climate change and efforts to reduce it, as voters cast their ballots in the midterm elections. END_OF_DOCUMENT_TOKEN_TO_BE_REPLACED 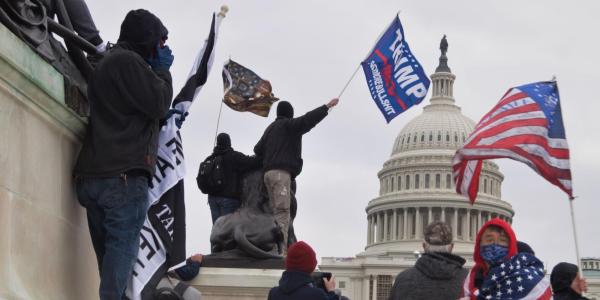 The House committee investigating the Jan. 6 attack on the U.S. Capitol is expected to sentence former Trump aide Steve Bannon on Oct. 21. Professor Ben Teitelbaum offers insight on Bannon’s role in shaping conservative politics and how his actions have served to further his agenda. END_OF_DOCUMENT_TOKEN_TO_BE_REPLACED 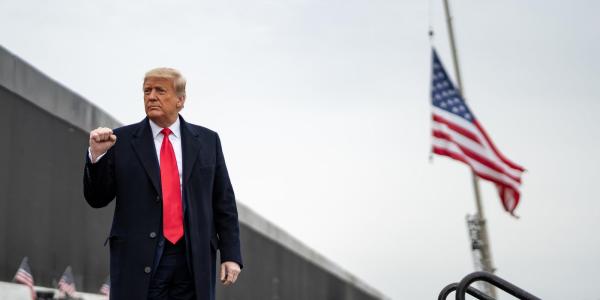 An essay collection edited by CU Boulder anthropologists explores expanded notions of corruption in the Trump era. Corruption is endemic to the United States, the editors argue. END_OF_DOCUMENT_TOKEN_TO_BE_REPLACED
Return to the top of the page