Researchers have created tiny droplets of the ultra-hot matter that once filled the early universe, forming three distinct shapes and sizes: circles, ellipses and triangles.

The study, published today in Nature Physics, stems from the work of an international team of scientists and focuses on a liquid-like state of matter called a quark gluon plasma. Physicists believe that this matter filled the entire universe during the first few microseconds after the Big Bang when the universe was still too hot for particles to come together to make atoms.

CU Boulder Professor Jamie Nagle and colleagues at Vanderbilt University collaborated on the experiment known as PHENIX and used a massive collider at Brookhaven National Laboratory in Upton, New York, to recreate that plasma. In a series of tests, the researchers smashed packets of protons and neutrons in different combinations into much bigger atomic nuclei.

They discovered that by carefully controlling conditions, they could generate droplets of quark gluon plasma that expanded to form three different geometric patterns.

The findings provide the strongest evidence to date that such miniscule drops behave like a fluid. That’s something that scientists had previously thought was impossible, Nagle said.

“Our experimental result has brought us much closer to answering the question of what is the smallest amount of early universe matter that can exist,” said Nagle of the Department of Physics. He proposed this set of experiments in 2014 along with his colleagues. 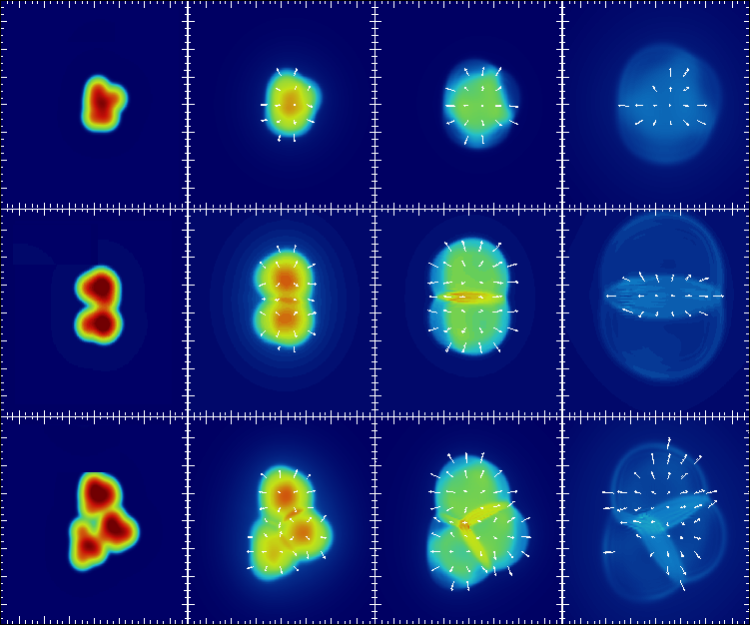 Scientists first started studying such matter at Brookhaven’s Relativistic Heavy Ion Collider (RHIC) in 2000. They crashed together the heavy nuclei of gold atoms, generating temperatures of trillions of degrees Celsius. In the resulting boil, quarks and gluons, the subatomic particles that make up all protons and neutrons, broke free from their atomic chains and flowed almost freely.

“If you could have a bottle of this liquid on your desk,” said Romatschke, “and you were to tip it over and have it flow around an obstacle, it would do so with almost no friction.”

Several years later, a set of experiments at the Large Hadron Collider in Geneva, Switzerland, delivered a jolt to theorists: Researchers reported that they seemed to have created a quark gluon plasma not by slamming together two atoms, but by crashing together just two protons.

That was surprising because most scientists assumed that lone protons could not deliver enough energy to make anything that could flow like a fluid.

Nagle, Romatschke and their colleagues devised a way to test the idea in 2014: If such tiny droplets were behaving like liquid, then they should hold their shape.

As Nagle explained, “Imagine that you have two droplets that are expanding into a vacuum. If the two droplets are really close together, then as they’re expanding out, they run into each other and push against each other, and that’s what creates this pattern.”

In other words, if you toss two stones into a pond close together, the ripples from those impacts will flow into each other, forming a pattern that resembles an ellipse. The same could be true if you smashed a proton-neutron pair, called a deuteron, into something bigger, Nagle and Romatschke reasoned. Likewise, a proton-proton-neutron trio, also known as a helium-3 atom, might expand out into something akin to a triangle.

And that’s exactly what the PHENIX experiment found: collisions of deuterons formed short-lasting ellipses, helium-3 atoms formed triangles, and a single proton exploded in the shape of a circle.

The results, the researchers said, could help theorists better understand how the universe’s original quark gluon plasma cooled over milliseconds, giving birth to the first atoms in existence.

A next-generation experiment called sPHENIX is now being built, with leadership from researchers at CU Boulder, to explore quark gluon plasmas at even smaller length scales.

Scientists believe that planets like Earth bob in a sea of gravitational waves that spread throughout the universe. Now, an international team has gotten closer than ever before to detecting those cosmic ripples. END_OF_DOCUMENT_TOKEN_TO_BE_REPLACED

From diving Neanderthals to saliva-based COVID-19 tests, we remember the year in research at CU Boulder. END_OF_DOCUMENT_TOKEN_TO_BE_REPLACED 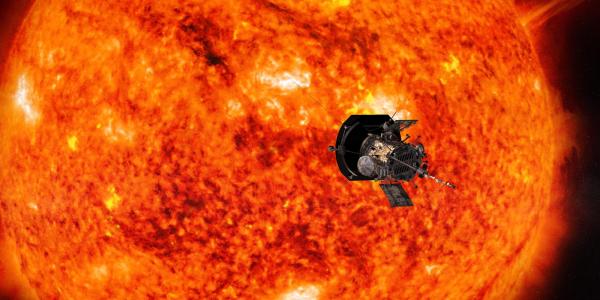 Researchers get a look at the sun's dusty environment

Scientists say that the way that dust moves and transforms around the sun may give them new insights to how Earth and its neighboring planets formed more than 4.5 billion years ago. END_OF_DOCUMENT_TOKEN_TO_BE_REPLACED
Return to the top of the page