CU Boulder student Serene Singh, a senior who is majoring in political science and journalism, is among 32 Americans who will receive the prestigious Rhodes Scholarship to study at Oxford University in England starting next fall.

A native of Colorado Springs, Colorado, Singh is the 20th CU Boulder student, the first CU Boulder woman, and she is among a handful of Sikh-Americans to claim the coveted scholarship. She is the university’s first Rhodes Scholar since 1993, when All Big Eight tackle and Colorado Buffaloes football team captain Jim Hansen won the award. 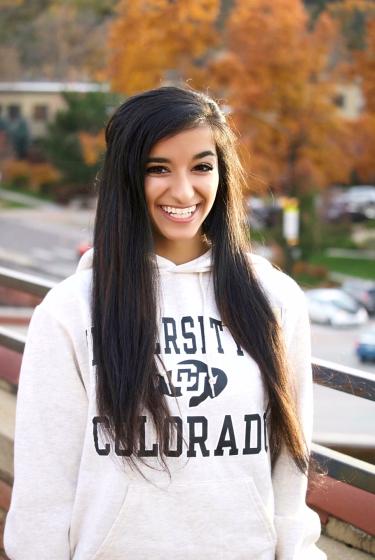 She has said she aspires to serve on the U.S. Supreme Court one day, and would be the second CU Boulder graduate to do so if she accomplishes that dream, following in the footsteps of Byron “Whizzer” White, who won the Rhodes Scholarship in 1938 and went on to become a U.S. Supreme Court justice.

“I still feel like I am dreaming,” Singh said Sunday after returning to Colorado from Salt Lake City, where she interviewed with a selection committee. “I woke up this morning with a feeling I’ve never had before. It truly felt like cloud nine times a thousand.

“I’m really proud to represent CU, Colorado, women and the Sikh community,” said Singh, who shared the good news with her two siblings and parents, G.B. Singh and Nitu Singh, on Saturday night.

Earlier this year, Singh was awarded the Truman Scholarship and named a Marshall Scholarship finalist. She also is a member of the Presidents Leadership Class, is a Boettcher Scholar, founder of the Colorado Bhangra Team, founder of National Sikh Youth Program, president of the Sikh Student Association, president of the Political Science Honor Society, a nationally certified speech and debate coach for 3P Speech, and serves as chief justice for CU Student Government.

She holds the titles of American’s Junior Miss and Miss Colorado Teen and founded her own nonprofit called The Serenity Project, Brave Enough to Fly to empower at-risk women through the skills she has gained in pageantry.

Through the The Serenity Project, Singh is said to work “to uplift women who have been marginalized or are at-risk to expand notions of female power and beauty.”

Also part of Singh's activities are work with Michelle Obama and the Global Girls Alliance, a program of the Obama Foundation that “seeks to empower adolescent girls around the world through education,” according to the website.

At Oxford, she plans to pursue double master’s degrees in criminology and criminal justice and evidence-based social intervention and policy evaluation.

“Serene is a truly remarkable scholar, leader, activist and human,” Viles said. “In her, we see the very best CU has to offer—opportunities for academic, professional and personal growth.”

Elliot F. Gerson, the American secretary of the Rhodes Trust, said this year’s group of scholarship awardees “reflect the extraordinary diversity that characterizes the United States.”

More than a century old, the Rhodes is the most prestigious and one of the most competitive academic scholarships in the world. Criteria for scholarship consideration is academic excellence, great personal energy, ambition for impact, the ability to work with others, the ability to achieve goals, a commitment to making a strong difference for good in the world, concern for the welfare of others, and awareness of inequities.

“A Rhodes Scholar should show great promise of leadership,” Gerson said. “In short, we seek outstanding young men and women of intellect, character, leadership and commitment to service.”

This year, almost half of the winners are immigrants or first-generation Americans, and this is the first year that DACA recipients became eligible for the scholarship. It is the second year in a row in which more students of color were awarded the scholarship, and the greatest number of American women—21 in total, including Singh—are receiving the scholarship. Since 1976, only 567 women have been granted the award.

The winners were independently elected by 16 committees around the country that met simultaneously and invited the strongest applicants to interviews. The scholarship pays all college fees, provides a stipend and transportation to and from England, for an award of up to $70,000 per year for up to four years, in some instances.

Some 3,484 Americans have received the scholarship over the years. This year’s U.S. winners will join 100 scholars chosen from more than 60 nations.

Hansen, CU Boulder’s last Rhodes Scholarship winner, passed up the opportunity to play in the NFL and went on to study atmospheric, oceanic and planetary physics at Oxford, receiving his doctorate in 1998. 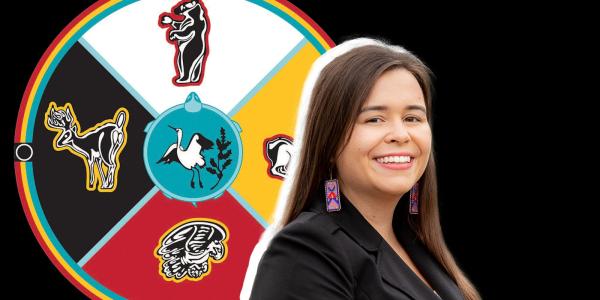 A CU Boulder doctoral candidate in ethnic studies with an emphasis on Native American and Indigenous studies has received the 2022–23 Henry Roe Cloud Dissertation Fellowship at Yale University. END_OF_DOCUMENT_TOKEN_TO_BE_REPLACED 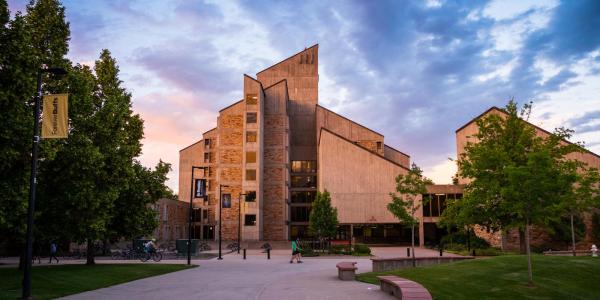 The Pew Charitable Trust has announced that Assistant Professor Wyatt Shields has been selected as a 2022 Pew Scholar in the Biomedical Sciences. END_OF_DOCUMENT_TOKEN_TO_BE_REPLACED 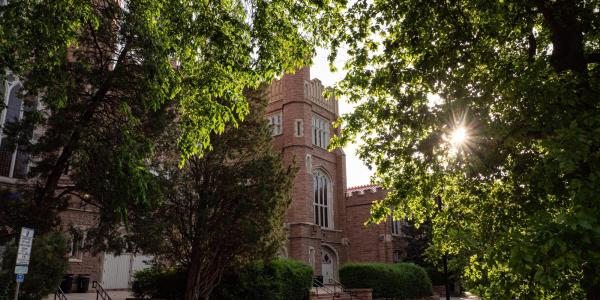 Nine CU Boulder students and alumni have been named Fulbright finalists for the 2022–23 academic year by the U.S. Department of State and the Fulbright Foreign Scholarship Board. One student declined the scholarship and another five students were named alternates. END_OF_DOCUMENT_TOKEN_TO_BE_REPLACED
Return to the top of the page