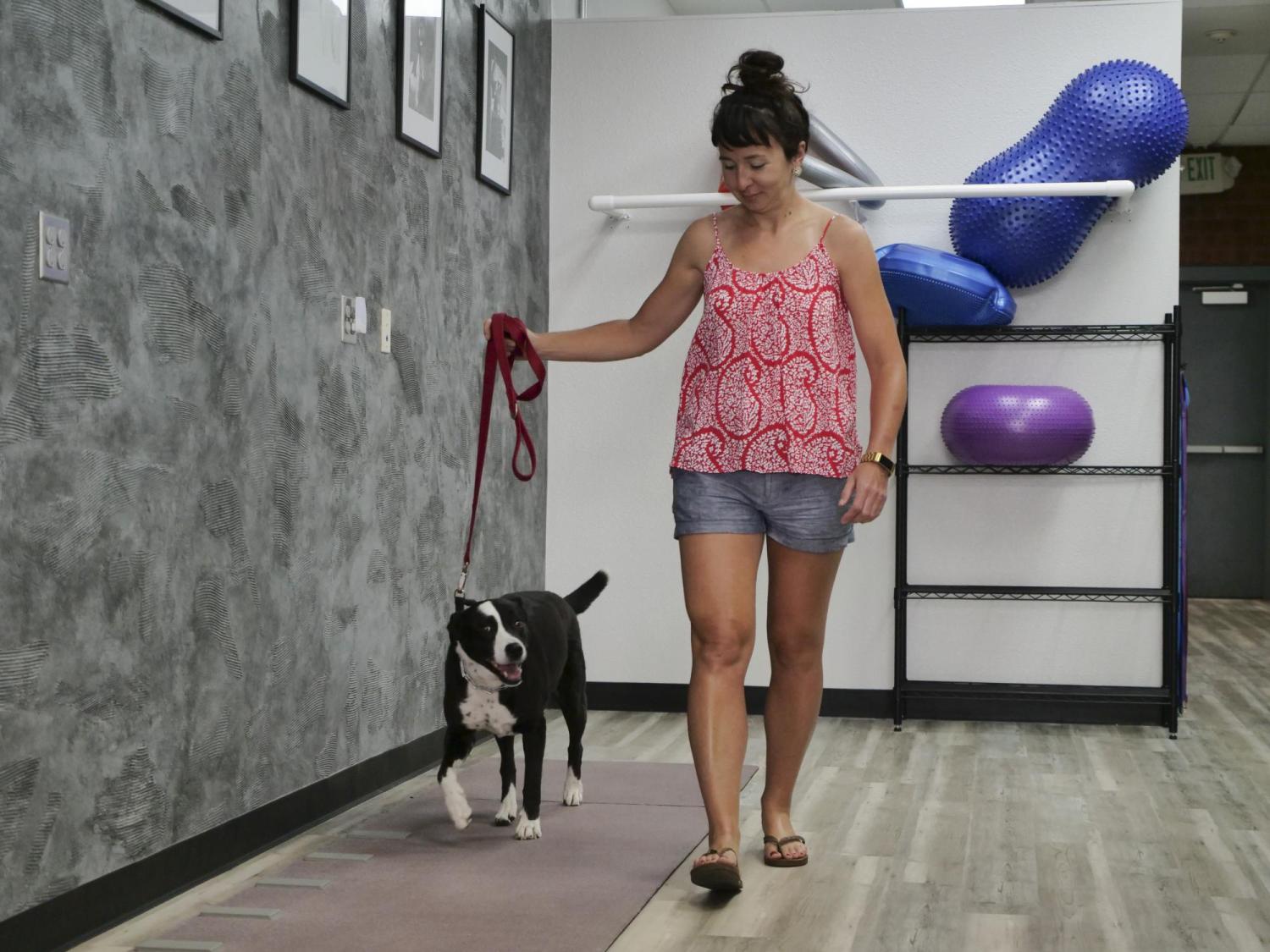 When Shane the therapy dog was hit by a Jeep, life changed for him and his guardian Taryn Sargent.

The impact tore through the cartilage of Shane’s left shoulder. Arthritis and scar tissue set in. Despite surgery, acupuncture and several medications, he transformed from a vibrant border collie who kept watch over Sargent on long walks to a fragile pet who needed extensive care.

“Sometimes he would just stop walking and I’d have to carry him home,” recalls Sargent, who has epilepsy and relies on her walks with Shane to help keep her seizures under control. “It was a struggle to see him in that much pain.”

Today, 10-year-old Shane’s pain and reliance on medication have been dramatically reduced and he’s bounding around like a puppy again, 18 months after receiving a single shot of an experimental gene therapy invented by CU Boulder neuroscientist Linda Watkins

Thus far, the opioid-free, long-lasting immune modulator known as XT-150 has been tested in more than 40 Colorado dogs with impressive results and no adverse effects. With human clinical trials now underway in Australia and California, Watkins is hopeful the treatment could someday play a role in addressing the nation’s chronic pain epidemic.

“I’m hoping the impact on pets, their guardians and people with chronic pain could be significant,” said Watkins, who has worked more than 30 years to bring her idea to fruition. “It’s been a long time coming.” 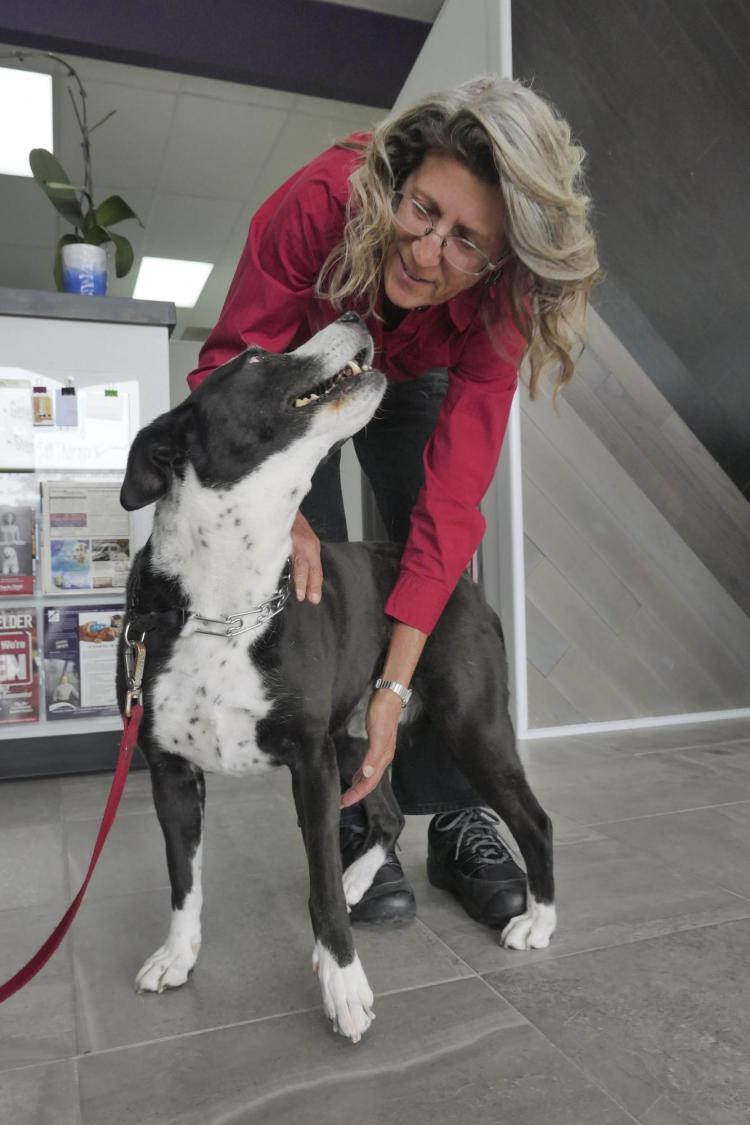 Watkins’ journey began in the 1980s when, as a new hire in the department of psychology and neuroscience,  she began to rock the boat in the field of pain research.

Conventional wisdom held that neurons were the key messengers for pain, so most medications targeted them. But Watkins proposed that then-little-understood cells called “glial cells” might be a culprit in chronic pain. Glial cells are immune cells in the brain and spinal cord that make people ache when they’re sick. Most of the time, that function protects us.

“Glial cells are the reason that when you have the flu, even the bedsheets hurt,” explains Watkins. “They make you curl up and rest so you can get better.”

Watkins proposed that in the case of chronic pain, which can sometimes persist long after the initial injury has healed, that ancient survival circuitry somehow gets stuck in overdrive. She was greeted with skepticism.

“The whole field was like ‘what on earth is she talking about?’”

She and her students hunkered down in the lab nonetheless, ultimately discovering that activated glial cells produce specific inflammatory compounds which drive pain. They also learned that, after the initial sickness or injury fades, the cells typically produce a compound called Interleukin 10 (IL-10) to dampen the process they started.

“IL-10 is Mother Nature’s anti-inflammatory,” she explains. “But in the onslaught of multiple inflammatory compounds in chronic pain, IL-10’s dampening cannot keep pace."

Over the years, she and her team experimented with a host of different strategies to boost IL-10. They persisted and, in 2009, Watkins co-founded Xalud Therapeutics. Their flagship technology is an injection, either into the fluid-filled space around the spinal cord or the site of an inflamed joint, that delivers circles of DNA in a sugar/saline solution to cells, instructing them to ramp up IL-10 production.

With financial help from the National Institute of Neurological Disorders and Stroke, the MayDay Fund and CU’s Technology Transfer Office – which has provided intellectual property support, assistance with licensing agreements, and help obtaining a  $100,000 research grant in 2018 – Watkins is edging closer to bringing her idea to clinical practice.

She has teamed up with veterinary chronic pain specialist Rob Landry, owner of the Colorado Center for Animal Pain Management in Westminster, to launch the IL-10 research study in dogs.

Their results have not been published yet. But thus far, the researchers say, the results look highly promising.

“They’re happier, more engaged, more active and they’re playing again,” said Landry, as he knelt down to scratch Shane’s belly after giving him a clean bill of health. 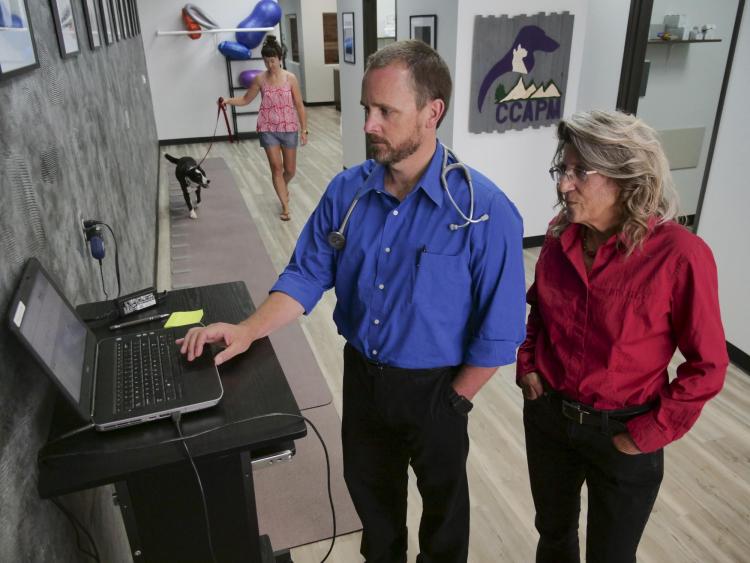 Rob Landry and Linda Watkins consult as Taryn walks Shane in the background.

With Shane able to accompany her on her walks again, Sargent has also seen her quality of life improve. Her seizures, which increased in frequency when Shane was injured, have subsided again.

Because the treatment is so localized and prompts the body’s own pain-killing response, it lacks the myriad side effects associated with opioids – including constipation and dependency – and it can last for many months after a single injection.

Ultimately, that could make it an attractive option for people with neuropathic pain or arthritis, Watkins says.

This summer, Xalud Therapeutics launched the first human study in Australia, to test the safety, tolerability and efficacy of the compound. Another one-year clinical trial of 32 patients with osteoarthritis of the knee is now underway in Napa, California.

More research is necessary in both pets and people, Watkins stresses. But she’s hopeful.

“If all goes well, this could be a game-changer.”

Landry and Watkins are seeking dogs with advanced osteoarthritis to participate in the ongoing IL-10 study. If a dog meets the requirements to be selected, the treatment and follow-up assessments are provided at no cost. For further information, contact Landry at 720-502-5823.

Seventy-eight years ago on Jan. 27, the Auschwitz concentration camp closed after liberation by the Soviet army. Professor Janet Jacobs, who researches genocide, trauma and collective memory, discusses the ways in which the experiences and trauma of Holocaust survivors are passed down through generations. END_OF_DOCUMENT_TOKEN_TO_BE_REPLACED

A model of your very own kidney made entirely from soft and pliable polymers? Researchers at two CU campuses are on the cusp of 3D printing realistic replicas of human anatomy. END_OF_DOCUMENT_TOKEN_TO_BE_REPLACED

Legalizing recreational cannabis does not increase substance use disorders or use of other illicit drugs in adults and may reduce alcohol-related problems, according to new research. The study also found no link between cannabis legalization and increases in cognitive, psychological, social, relationship or financial problems. END_OF_DOCUMENT_TOKEN_TO_BE_REPLACED
Return to the top of the page