Astronaut Scott Kelly to speak at CU Boulder on Oct. 3 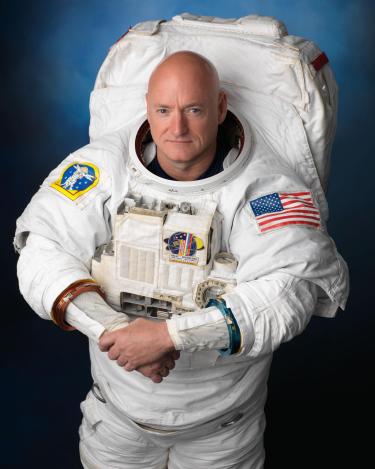 Kelly is being hosted by the Distinguished Speakers Board, a CU Boulder student-led organization. Doors will open at 6:15 p.m., with the event beginning at 7:30 p.m.

CU Boulder student ($2) and faculty/staff ($15) tickets will be cash only and will require a valid Buff OneCard at time of purchase. Tickets will be sold weekdays beginning Monday, Sept. 17, from 10 a.m to 3 p.m. at the first-floor event table in the University Memorial Center and will continue through Oct. 2 or until tickets are sold out.

Public tickets ($25) will be available beginning at 10 a.m. Monday, Sept. 17, exclusively at colorado.edu/macky. Audience members are encouraged to submit questions for Kelly via #KellyCU on Twitter or Facebook, which will be posed during a moderated Q&A following the speech.

Kelly began his career as an engineer, fighter and test pilot for the U.S. Navy. As the American record-holder for the most consecutive days spent in space, Kelly has flown on four space flights, serving on three International Space Station (ISS) missions.

He also has won numerous awards, including the the NASA Outstanding Leadership Medal and Navy Achievement Medal. His book Endurance: A Year in Space, a Lifetime of Discovery was recently featured on The New York Times bestseller list.

“Kelly is a highly distinguished speaker and astronaut, who has captivated the world while laying the groundwork for future space travel and exploration,” said CU Boulder student Jessica Yan, chair of the Distinguished Speakers Board. “Kelly, with his humor and wit, will share the extraordinary story of his 143-million-mile adventure and year spent in space.”

Who: Open to the public
What: Talk with Scott Kelly
When: Wednesday, Oct. 3, 7 p.m.
Where: Macky Auditorium

About the Distinguished Speakers Board

The Distinguished Speakers Board is a student-run cost center of CU Student Government. Past speakers the board has hosted include Anderson Cooper, Brené Brown, Laverne Cox, Edward Snowden (via videoconference), Rudy Giuliani, Madeleine Albright and many more.

CU Boulder and the Distinguished Speakers Board are committed to providing equal access to individuals with disabilities. If you are planning to attend this event and will require accommodations, please contact macky@colorado.edu no later than seven days prior to the event. All reasonable efforts will be made to fulfill requests submitted after the deadline. Please see accessibility at Macky Auditorium for further information. 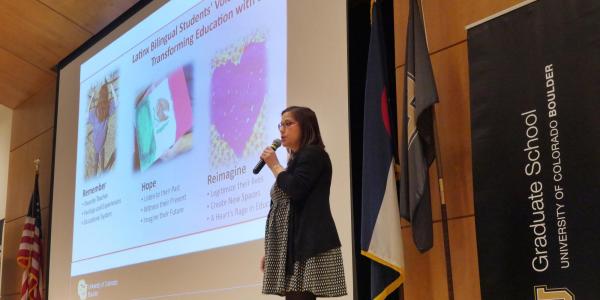 Listen as students decribe their theses in just 3 minutes

Join the Three Minute Thesis (3MT) competition on Jan. 31. All are welcome to attend this free event and participate in the People’s Choice award. END_OF_DOCUMENT_TOKEN_TO_BE_REPLACED 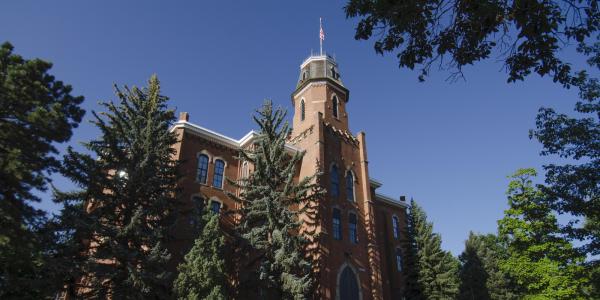 Lecture to be held Jan. 23 in honor of International Holocaust Remembrance Day

The Program in Jewish Studies will honor International Holocaust Remembrance Day with a public lecture by visiting scholar Edward B. Westermann. Find out more. END_OF_DOCUMENT_TOKEN_TO_BE_REPLACED 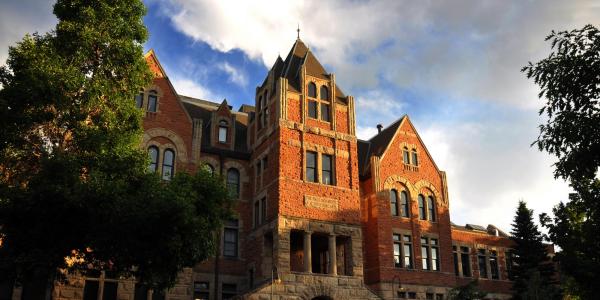 Ruy Teixeira on American politics: Is a better future possible?

The Benson Center for the Study of Western Civilization will host Ruy Teixeira on Feb. 3 as part of the Conservative Thought & Policy American National Character Project Series. END_OF_DOCUMENT_TOKEN_TO_BE_REPLACED
Return to the top of the page