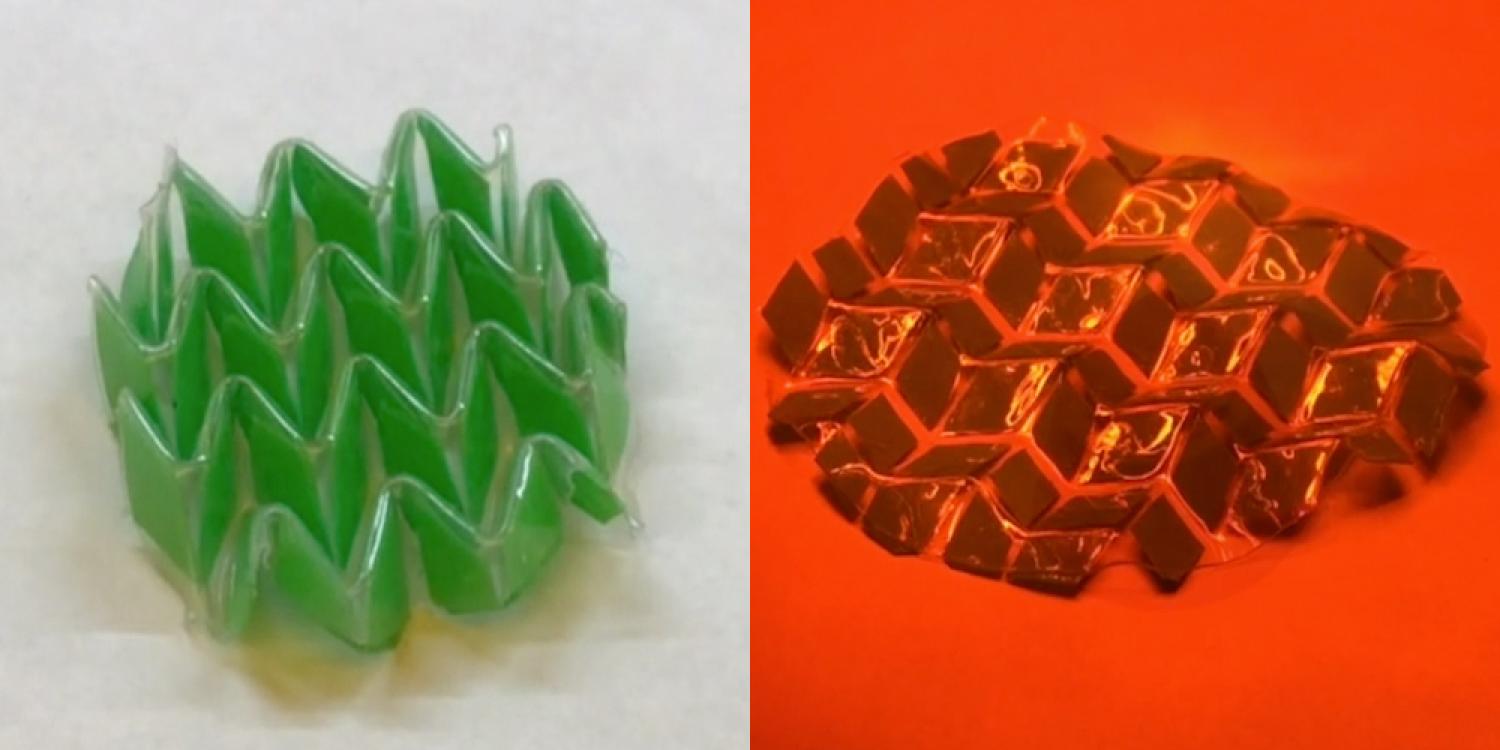 A new material developed by CU Boulder engineers can transform into complex, pre-programmed shapes via light and temperature stimuli, allowing a literal square peg to morph and fit into a round hole before fully reverting to its original form.

The controllable shape-shifting material, described today in the journal Science Advances, could have broad applications for manufacturing, robotics, biomedical devices and artificial muscles.

“The ability to form materials that can repeatedly oscillate back and forth between two independent shapes by exposing them to light will open up a wide range of new applications and approaches to areas such as additive manufacturing, robotics and biomaterials”, said Christopher Bowman, senior author of the new study and a Distinguished Professor in CU Boulder’s Department of Chemical and Biological Engineering (CHBE).

Previous efforts have used a variety of physical mechanisms to alter an object’s size, shape or texture with programmable stimuli. However, such materials have historically been limited in size or extent and the object state changes have proven difficult to fully reverse.

To solve this, the researchers installed a light-activated trigger to LCE networks that can set a desired molecular alignment in advance by exposing the object to particular wavelengths of light. The trigger then remains inactive until exposed to the corresponding heat stimuli. For example, a hand-folded origami swan programmed in this fashion will remain folded at room temperature. When heated to 200 degrees Fahrenheit, however, the swan relaxes into a flat sheet. Later, as it cools back to room temperature, it will gradually regain its pre-programmed swan shape.

The ability to change and then change back gives this new material a wide range of possible applications, especially for future biomedical devices that could become more flexible and adaptable than ever before.

“We view this as an elegant foundational system for transforming an object’s properties,” said Matthew McBride, lead author of the new study and a post-doctoral researcher in CHBE. “We plan to continue optimizing and exploring the possibilities of this technology.”

Additional co-authors of the study include Alina Martinez, Marvin Alim, Kimberly Childress, Michael Beiswinger, Maciej Podgorski and Brady Worrell of CU Boulder and Lewis Cox and Jason Killgore of the National Institute of Standards and Technology (NIST). The National Science Foundation provided funding for the research.

A collaborative study, including CU Boulder associate professor Andrew McAdam, investigates how the risks and rewards of red squirrel reproduction are a microcosm of evolutionary patterns. END_OF_DOCUMENT_TOKEN_TO_BE_REPLACED

What happens when an expert on natural language processing asks a chatbot to write a children's book in the style of Dr. Seuss? Professor Kai Larsen put the question to the test. END_OF_DOCUMENT_TOKEN_TO_BE_REPLACED

A model of your very own kidney made entirely from soft and pliable polymers? Researchers at two CU campuses are on the cusp of 3D printing realistic replicas of human anatomy. END_OF_DOCUMENT_TOKEN_TO_BE_REPLACED
Return to the top of the page