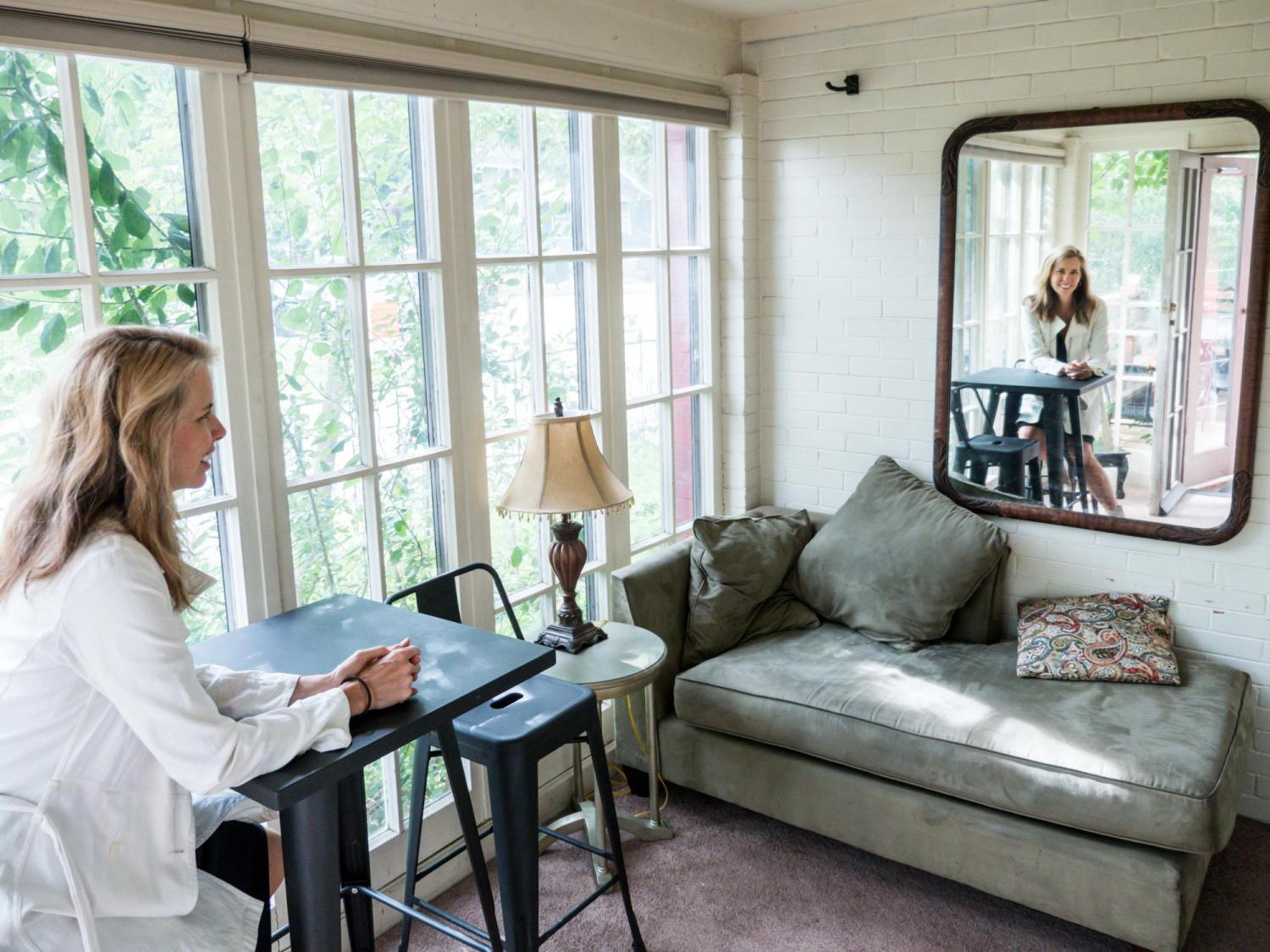 Beth Osnes likes to have fun. When she created Shine, a musical performance about how energy, climate and humans are interrelated, she did what came naturally and made it joyful.

Under the direction of Osnes, associate professor in the Department of Theatre & Dance, youth from local communities are performers in the humorous and dynamic story.

“I really like having fun,” she said. “We used artistic, creative, participatory activities to tell the story of energy and what actions we can take to get from the old story of fossil fuels to the new story of our cities resilience.”

Using theater as a platform for change, Osnes created an artistic project she hopes will inspire climate action. And she did it in a fun way. 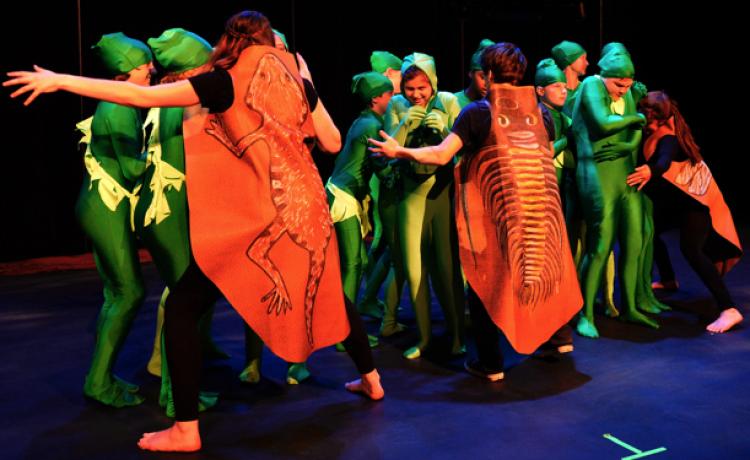 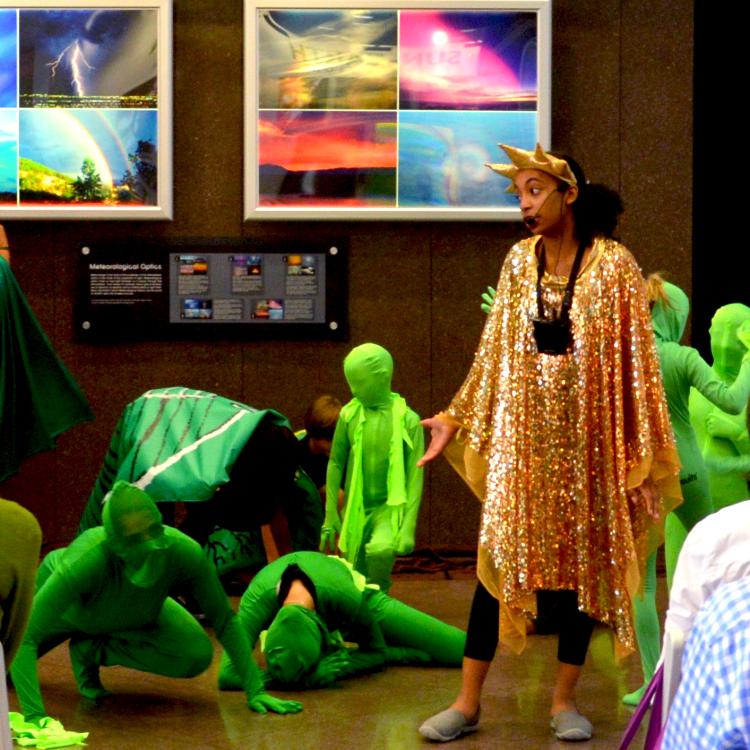 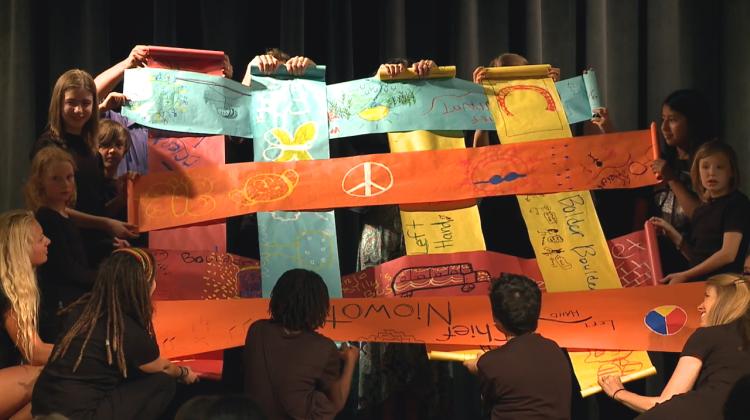 “It’s good for youth to have a voice and to start learning these tools to become effective climate communicators,” said Osnes, who also teaches in environmental studies at CU Boulder. “What does it do for us to hear these messages from youth is what I’m super interested in.”

Shine is divided into two acts.

The first act is scripted, composed and choreographed to show how use of fossil fuel affects our climate. It begins with humanity’s transition from living in balance with nature to the excessive use of fossil fuels. It ends with Foss (fossil fuels) looking up at his older sister, the sun, and asking, “What now?”

The second act is authored by local youths. From the results of fossil fuels’ actions, participants are invited to create a new story for their city, one based on local solutions to the damaging environmental impact that threatens their city’s resilience.

The goal is to use performance as an entertaining way for youth to contribute to their community’s future. Shine has been performed in numerous cities, from Boulder and Chicago to London and Malope, South Africa.

Osnes challenged the idea that people don’t act on climate change issues because of a lack of information. She says people don’t act because they think it does not relate to them or because the issue feels so overwhelming they don’t know where to begin. The play demonstrates how performance can be a self-motivated tool for youth to contribute to their community’s energy resilience.

Osnes is co-founder and co-director of Inside the Greenhouse, an endowed initiative at CU Boulder to celebrate creative climate communication through film, theater, dance and music. She received a bachelor’s in theology from Marquette University and her master’s and PhD in theater from CU Boulder.

The youngest of 10 children, Osnes has been putting on plays for her siblings and friends since she was 9, so it was natural for her to use performance as a narrative framework for this story.

“In the work that I do, what I’m led by is the idea of being science-informed,” she said. “Ensuring that we’re portraying the most recent and accurate science. There’s a certain amount of urgency around this. It’s too important for us not to do this work.”

Engaging with youth and communities is at the core of Osnes’ research and creative work. She has several years of experience as an applied theater practitioner, theater scholar and performer.

Her work is primarily focused on women’s and children’s rights. Osnes hopes that through performance they find their own voices. She created a national organization called Mothers Acting Up, an international group dedicated to worldwide child advocacy through political and community action.

She helped start Navajo Women’s Energy Project. It was on the Navajo Nation that she began conducting clean-energy climate work with youth and women. She uses performance as a tool for young women to empower their voices through SPEAK WORLD, which consults with organizations on how to use art and project-based learning to help young women make their voices heard. Her work on women's empowerment is featured in the award-winning documentary, Mother: Caring for 7 Billion, an award-winning film about the controversies surrounding a world of 7 billion.

“My projects are about telling a story,” she said. “You have to make the issue local, because if it’s not local, it feels too big and people disengage. What happens when an audience watches the children of their community? What does that call forth in us? I have a suspicion that it brings forth from us our best selves, the part of ourselves that wants to leave a better legacy.” 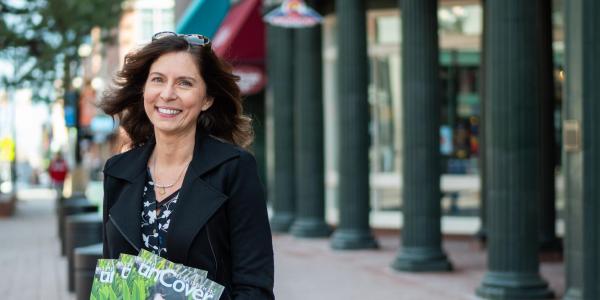 Graduate student Ana Bogusky’s passion for fashion inspired her to launch a style blog and magazine-like handbook that create awareness for shopping locally and ethically. END_OF_DOCUMENT_TOKEN_TO_BE_REPLACED 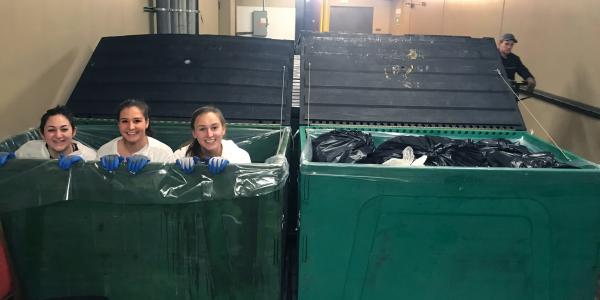 Three CU Boulder students in the Masters of the Environment graduate program teamed up with Vail Resorts Inc. to help the industry leader reach its commitment to send no waste to the landfill by 2030. END_OF_DOCUMENT_TOKEN_TO_BE_REPLACED 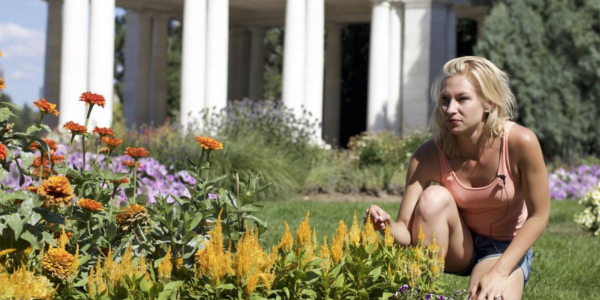 A new instructor who was part of a White House task force is guiding students to help solve the world's pollinator problem. Her approach involves native bee species and parking lots. END_OF_DOCUMENT_TOKEN_TO_BE_REPLACED
Return to the top of the page