Early to bed, early to rise may make women less prone to depression.

That’s the takeaway from one of the largest studies yet to explore the link between chronotype, or sleep-wake preference, and mood disorders.

For the study, published this week in the Journal of Psychiatric Research, researchers at CU Boulder and the Channing Division of Network Medicine at Brigham and Women’s Hospital looked at data from more than 32,000 female nurses.

They found that even after accounting for environmental factors like light exposure and work schedules, chronotype—which is in part determined by genetics—appears to mildly influence depression risk.

“This could be related to the overlap in genetic pathways associated with chronotype and mood,” said lead author Céline Vetter, director of the Circadian and Sleep Epidemiology Laboratory (CASEL) at CU Boulder.

Previous studies have shown that night owls are as much as twice as likely to suffer from depression. But because those studies often used data at a single time-point and didn’t account for many other factors that influence depression risk, it has been hard to determine whether depression leads people to stay up later or a late chronotype boosts risk of depression.

“It was unclear what was a risk factor for what,” Vetter said.

To shed light on the question, researchers used data from female participants, average age 55, in the Nurses’ Health Study. 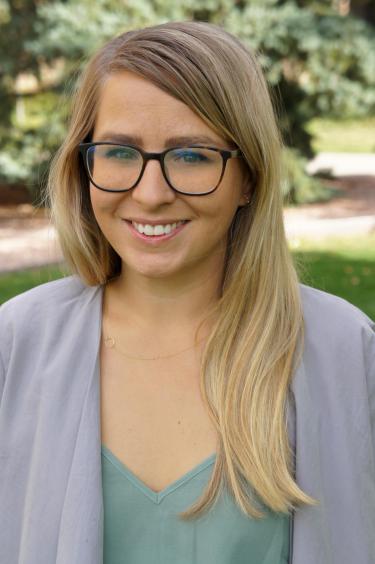 The women were followed for four years to see who developed depression.

The researchers found that late chronotypes, or night owls, are less likely to be married, more likely to live alone and be smokers, and more likely to have erratic sleep patterns.

“This tells us that there might be an effect of chronotype on depression risk that is not driven by environmental and lifestyle factors,” said Vetter.

Research shows that our tendency to be an early bird, night owl, or somewhere in between is at least in part—12 to 42 percent—shaped by genetics. Some studies have already shown that specific genes (including PER2 and RORA), which influence when we prefer to rise and sleep, also influence depression risk.

She stresses that while the study does suggest that chronotype is an independent risk factor for depression, it is “a small effect” and it does not mean night owls are doomed to be depressed.

Her advice to night owls who want to lower their risk?

Do your best to become an earlier bird.

Try to get enough sleep and exercise, spend time outdoors, dim the lights at night, and try to get as much light by day as possible.

New research shows that dietary compounds called prebiotics, which serve as food for good bacteria in the gut, make the body more resilient to circadian rhythm disruptions from things like jet lag or shift work. END_OF_DOCUMENT_TOKEN_TO_BE_REPLACED

Screen time may not be as harmful as previously suspected for school-aged children and may have some important benefits, according to one of the largest studies to date exlporing how screens impact youth. END_OF_DOCUMENT_TOKEN_TO_BE_REPLACED

New research finds that washing and drying cotton cloth masks doesn’t reduce their ability to filter out viral particles. END_OF_DOCUMENT_TOKEN_TO_BE_REPLACED
Return to the top of the page