Is an immunization for stress on the horizon?

A researcher examines a sample of Mycobacterium vaccae.

Can probiotics fend off mood disorders?

It's too early to say with scientific certainty, but a new study by CU Boulder researchers suggests that one particular beneficial bacteria can have long-lasting anti-inflammatory effects on the brain, making it more resilient to the physical and behavioral effects of stress.

The findings, if replicated in clinical trials could ultimately lead to new probiotic-based immunizations to protect against posttraumatic stress disorder (PTSD) and anxiety or new treatments for depression, the authors say.

“We found that in rodents this particular bacterium, Mycobacterium vaccae, actually shifts the environment in the brain toward an anti-inflammatory state,” said lead author Matthew Frank, a senior research associate in the Department of Psychology and Neuroscience. “If you could do that in people, it could have broad implications for a number of neuroinflammatory diseases.” 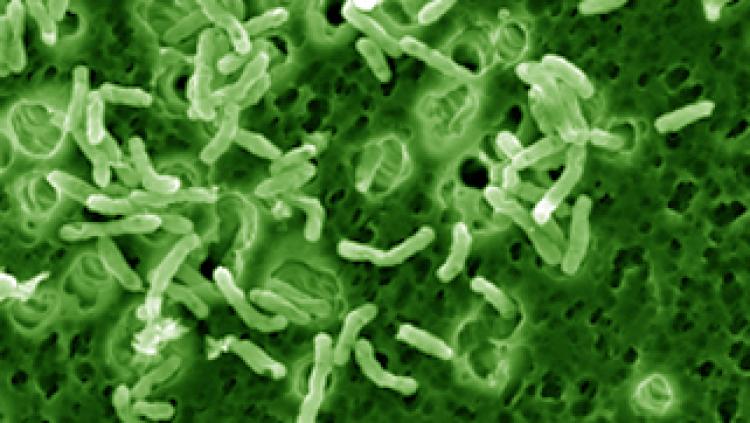 M vaccae under the microscope

Anxiety, PTSD and other stress-related mental disorders impact as many as one in four people in their lifetime. Mounting research suggests that stress-induced brain inflammation can boost risk of such disorders, in part by impacting mood-influencing neurotransmitters like norepinephrine or dopamine.

“There is a robust literature that shows if you induce an inflammatory immune response in people, they quickly show signs of depression and anxiety,” said Frank. “Just think about how you feel when you get the flu.”

Research also suggests that trauma, illness or surgery can sensitize certain regions of the brain, setting up a hair-trigger inflammatory response to subsequent stressors which can lead to mood disorders and cognitive decline.

“We found that Mycobacterium vaccae blocked those sensitizing effects of stress too, creating a lasting stress-resilient phenotype in the brain,” Frank said.

A previous CU Boulder study, found that mice injected with a heat-killed preparation of M. vaccae and then placed with a larger aggressive male for 19 days exhibited less anxiety-like behavior and were less likely to suffer colitis or inflammation in their peripheral tissues. For the new study, published this week in the journal Brain, Behavior and Immunity, the researchers set out to determine what exactly M. vaccae does in the brain.

Male rats injected with the bacterium three times, one week apart, had significantly higher levels of the anti-inflammatory protein interleukin-4 in the hippocampus — a brain region responsible for modulating cognitive function, anxiety and fear — eight days after the final injection.

After exposure to a stressor, the immunized animals also showed lower levels of a stress-induced protein, or alarmin, called HMGB1, believed to play a role in sensitizing the brain to inflammation, and higher expression of CD200R1, a receptor key for keeping glial cells (the brain’s immune cells) in an anti-inflammatory state. As in the first study, the immunized rats exhibited less anxious behavior after being stressed. 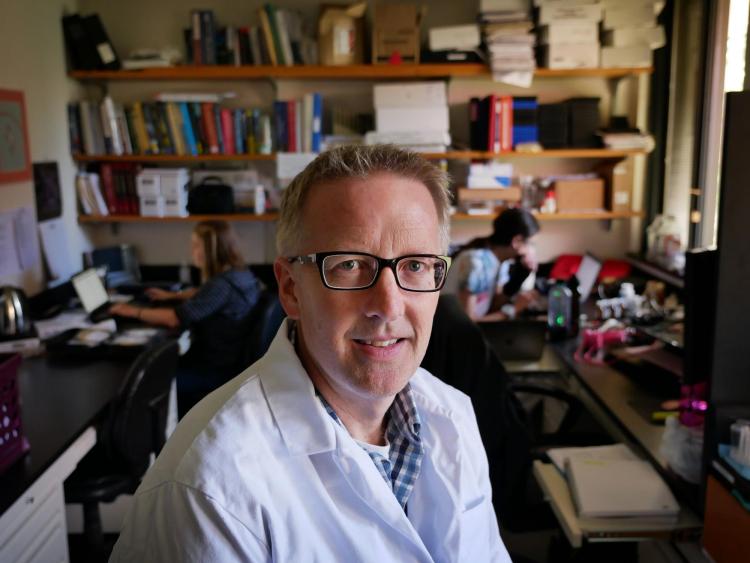 “If you look at the field of probiotics generally, they have been shown to have strong effects in the domains of cognitive function, anxiety and fear,” said senior author Christopher Lowry, an associate professor in integrative physiology. “This paper helps make sense of that by suggesting that these beneficial microbes, or signals derived from these microbes, somehow make their way to the hippocampus, inducing an anti-inflammatory state.”

M vaccae was first discovered on the shores of Lake Kyoga in Uganda in the 1990s by immunologists who realized that people who lived in the area responded better to certain tuberculosis vaccines. They later realized that the bacterium found in the lakeshore soil had immune-modulating properties that were enhancing the vaccine's efficacy. Researchers set out to study it in lung cancer patients and found that, while it did not prolong life, it somehow improved mood.

M vaccae is not commercially available but is the subject of numerous ongoing studies.

Lowry, who has been studying it for 17 years, envisions a day when it or another beneficial bacteria could be administered to people at high risk of PTSD – such as soldiers preparing to be deployed or emergency room workers – to buffer the effects of stress on the brain and body. It could also possibly be used to prevent sepsis-induced cognitive impairment, he said.

Meanwhile, he is working with researchers at University of Colorado Denver on a study exploring whether veterans with PTSD can benefit from an oral probiotic consisting of a different bacterial strain, Lactobacillus reuteri.

“More research is necessary, but it’s possible that other strains of beneficial bacteria or probiotics may have a similar effect on the brain,” he said.

A new genetic analysis, using data from hundreds of thousands of people, sheds light on why more than half of people diagnosed with one psychiatric disorder will be diagnosed with a second or third in their lifetime. END_OF_DOCUMENT_TOKEN_TO_BE_REPLACED

In the wake of this week's leak about a private Supreme Court vote to strike down Roe v. Wade, CU Boulder sociologist Amanda Stevenson discusses how such a ruling could impact women's mortality and the way they live their lives. END_OF_DOCUMENT_TOKEN_TO_BE_REPLACED
Return to the top of the page