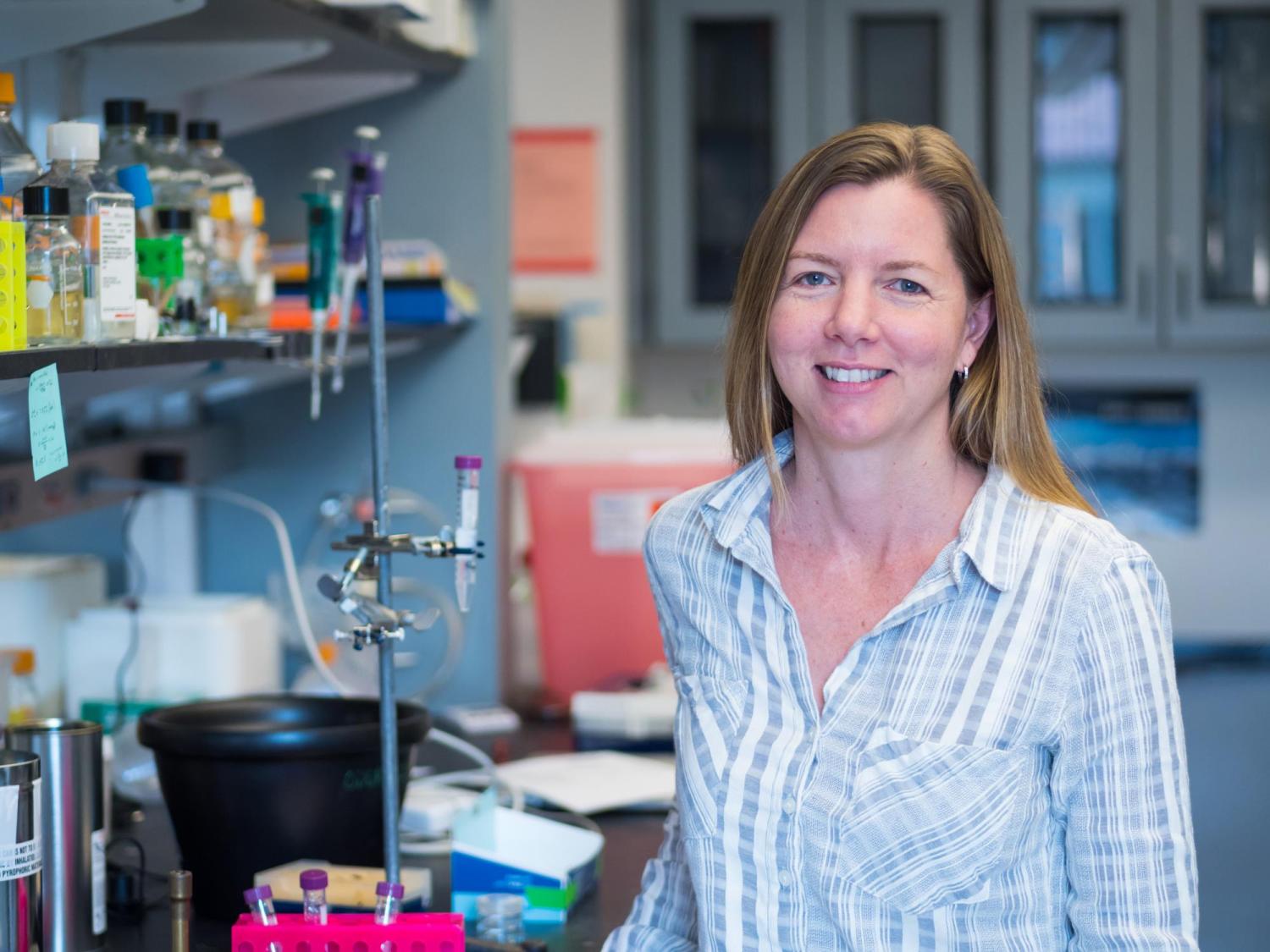 Flip open an intro-to-biology textbook and you’ll likely find a cartoon image of the basic cell structure, with its kidney-bean shaped, round and oblong organs—called organelles—spread out with unique roles and little contact with each other.

Thanks to Gia Voeltz, that outdated image is beginning to change.

In recent years, her research has fundamentally altered the way scientists understand the machinery of life’s most basic unit, redrawing the cellular map and igniting a new field that could lead to new therapies for neurogenerative diseases.

To reward that outside-the-box thinking, the philanthropic Howard Hughes Medical Institute (HHMI) this week named the mother-of-two as one of its newest investigators, granting her $8 million over seven years to take her research wherever it may lead.

“I am thrilled,” said Voeltz, a professor of molecular, cellular, and developmental biology (MCDB) at CU Boulder. “This means I can do projects that are longer-term and a little bit risky. That’s important. To ask new questions you need time.”

Raised in Binghamton, New York, Voeltz originally aimed to be a medical doctor. But as an undergraduate biology major at the University of California, Santa Cruz, she quickly gravitated toward research.

“The lab is a very social environment—almost like a family,” she said from the fourth-floor lab where she strives to create a similar feel with her own students.

After studying RNA under Joan Steitz at Yale University she landed at CU Boulder, where she shifted her focus to basic cell biology. Using state-of-the-art imaging technology, which enabled her team to take real-time video of the inner-workings of live cells, she began to see things that contradicted that classic cartoon image.

“I would argue that the cell is misrepresented in this picture,” she said.

Changing the way we think about a cell 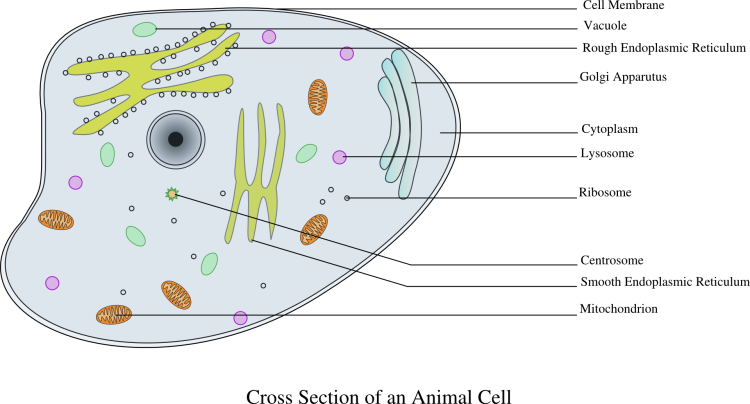 The classic image of a cell shows organelles as distinct, with little communication.

In it, the endoplasmic reticulum (ER)—long billed as the fat and protein factory of the cell—resembles a stack of pancakes, distinct and separate from the kidney-shaped mitochondria and round endosomes.

In reality, her lab discovered, the ER is more like a lacey, vibrating coral, spread out across the cell membrane with organelles clinging to it “like ornaments on a tree.”

“Instead of having isolated organelles in the cell, you have them all tethered to and communicating through the ER,” she explains. “Everyone thought they knew what the ER did, but it turns out it does a lot more than we thought.”

What happens at the places where the ornaments hang on the tree?

In one paradigm-shifting paper published in Science in 2011, her team showed that the ER—by clamping down on the organs of the cell—actually influences their shape.

That’s important, because misshapen mitochondria (the cell’s energy factories) or endosomes (which regulate cell growth) can lead to disease, she said.

“There are a lot of neurodegenerative diseases out there, like Alzheimer’s, Parkinson’s and ALS, which have no treatments. By better understanding what happens at these contact points maybe we can identify a new range of drug targets that companies haven’t thought of before.”

An honor that rewards risk-taking

Established in 1987, the HHMI Investigator Program aims to fund “people, not projects,” taking on investigators as long-term employees (while they remain on their home campus) rather than funding grants for singular projects. 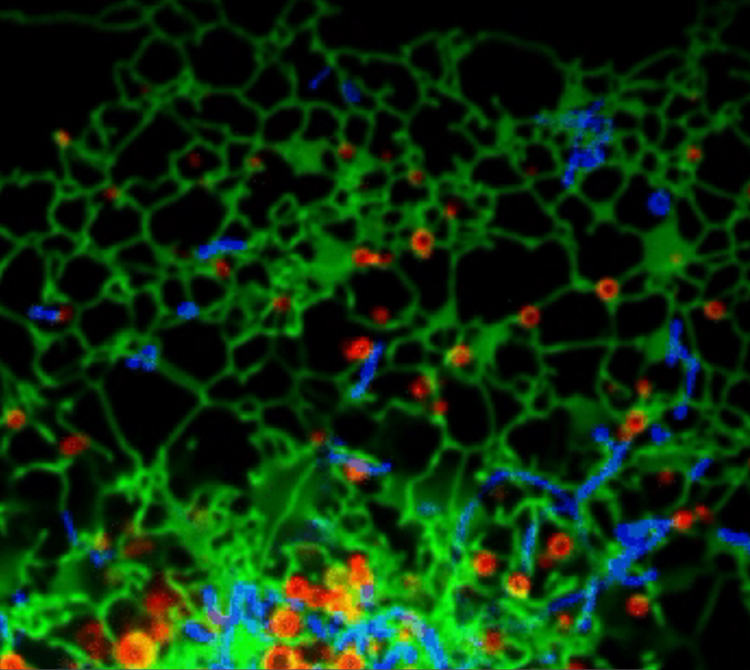 New imaging reveals organelles, in red and blue, are intertwined with the ER, promoting communication across the cell.

“We selected these scientists because they know how to ask hard and interesting questions with skill and intellectual courage,” said David Clapham, HHMI’s vice president and chief scientific officer. “We believe they have the potential to make big breakthroughs over time.”

Voeltz is one of 19 to be named as a new HHMI investigator, out of 675 applicants. In the last decade, HHMI scientists have won eight Nobel Prizes.

Going forward, Voeltz intends to study how the ER may play a role in neurogenerative health and also why viruses tend to hide in the ER.

For now, she and her students are celebrating.

“I have great students and postdocs and I am extremely impressed with what we have been able to accomplish at a public university,” she said, noting that now their photos are showing up in the textbooks. “I am just really proud of my lab.” 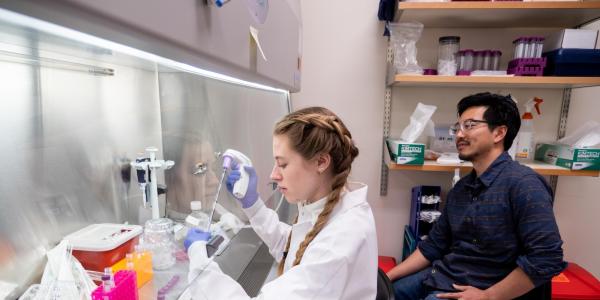 Ed Chuong, an assistant professor in the Department of Molecular, Cellular and Developmental Biology, has been awarded a prestigious $875,000 Packard Fellowship to study how remnants of ancient viruses shape modern-day immune response. END_OF_DOCUMENT_TOKEN_TO_BE_REPLACED 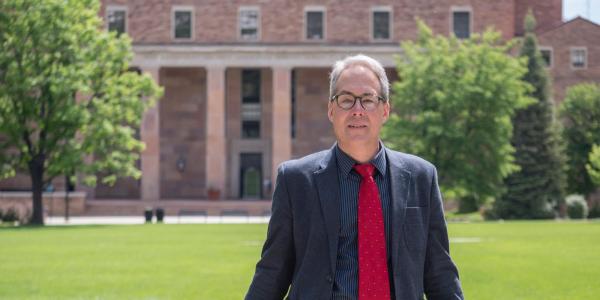 Arteriviruses, which are already common in African monkeys and known to cause fatal outbreaks, appear to have learned how to access human cells, replicate and evade human immune systems—a warning sign these could become next in a long line of viruses to jump from nonhuman primates to people, new laboratory research shows. END_OF_DOCUMENT_TOKEN_TO_BE_REPLACED
Return to the top of the page