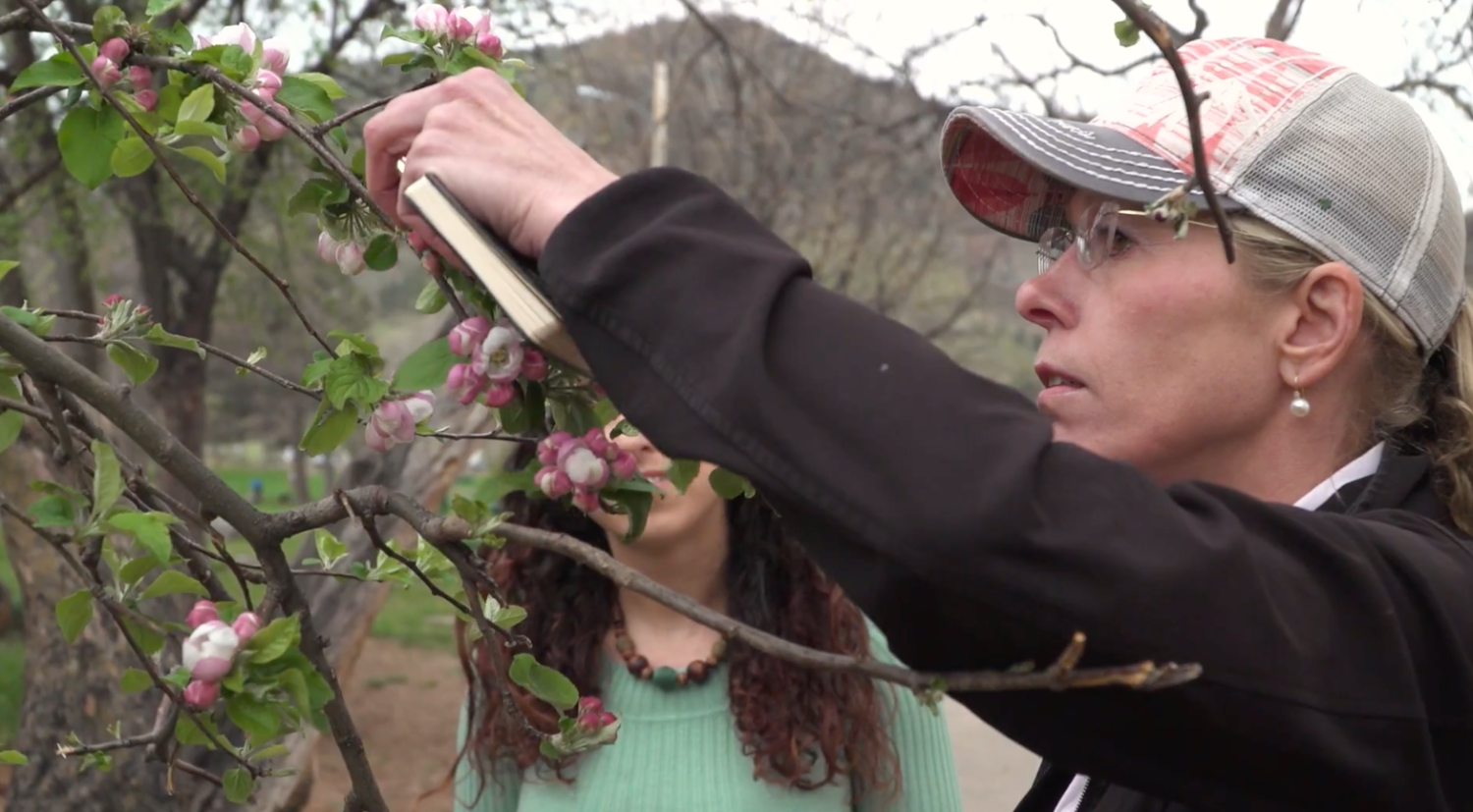 University of Colorado Boulder students and researchers are combining old-fashioned historical sleuthing with cutting-edge genetic testing and grafting in the hopes of reviving one of Boulder’s long-dormant legacies: apple trees.

The Boulder Apple Tree Project, which began in fall 2017 and resumed sampling this spring, will explore the identity and history of apple varieties in Boulder and the surrounding area in the hopes of improving future urban agricultural planning. Led by CU Boulder Professor Katharine Suding, researchers are studying these heirloom trees of yesteryear in order to gain insight into their adaptability and rediscover varieties that are hanging on the edge of survival.

“The apples that Coloradans see in their local produce section represent a small fraction of the region’s genetic diversity,” said Suding of the Department of Ecology and Evolutionary Biology (EBIO), who serves as the lead investigator of the project. “This effort could uncover rare and uncommon varieties that have been lost to time.”

In the late 1800s, orchards were a common sight across Boulder, with cultivated apple and crabapple trees ranging from Mapleton neighborhoods to South Mesa vistas. Near the turn of the century, Colorado was one of the top apple-growing states in the United States.

Disease, drought and Prohibition combined to dampen Colorado’s apple industry in the early 1900s and the invention of the Red Delicious (soon to become America’s most popular variety) cemented Washington’s Columbia Valley region as the nation’s new apple-growing capital. Boulder’s orchards subsequently fell into disrepair, but many of the old trees remain scattered throughout the town today.

Suding was intrigued by the natural and cultural history contained in these trees, some of which may be the last—or nearly last—of their kind. The life expectancy for an untended apple tree is only around 100 years, meaning that many may be close to their end already.

“These are really old trees that are slowly dying,” Suding said. “Our objective is to figure out where they are and what they are because they probably represent a lot of diversity in our apple cultivars that we don’t have anywhere else today.” 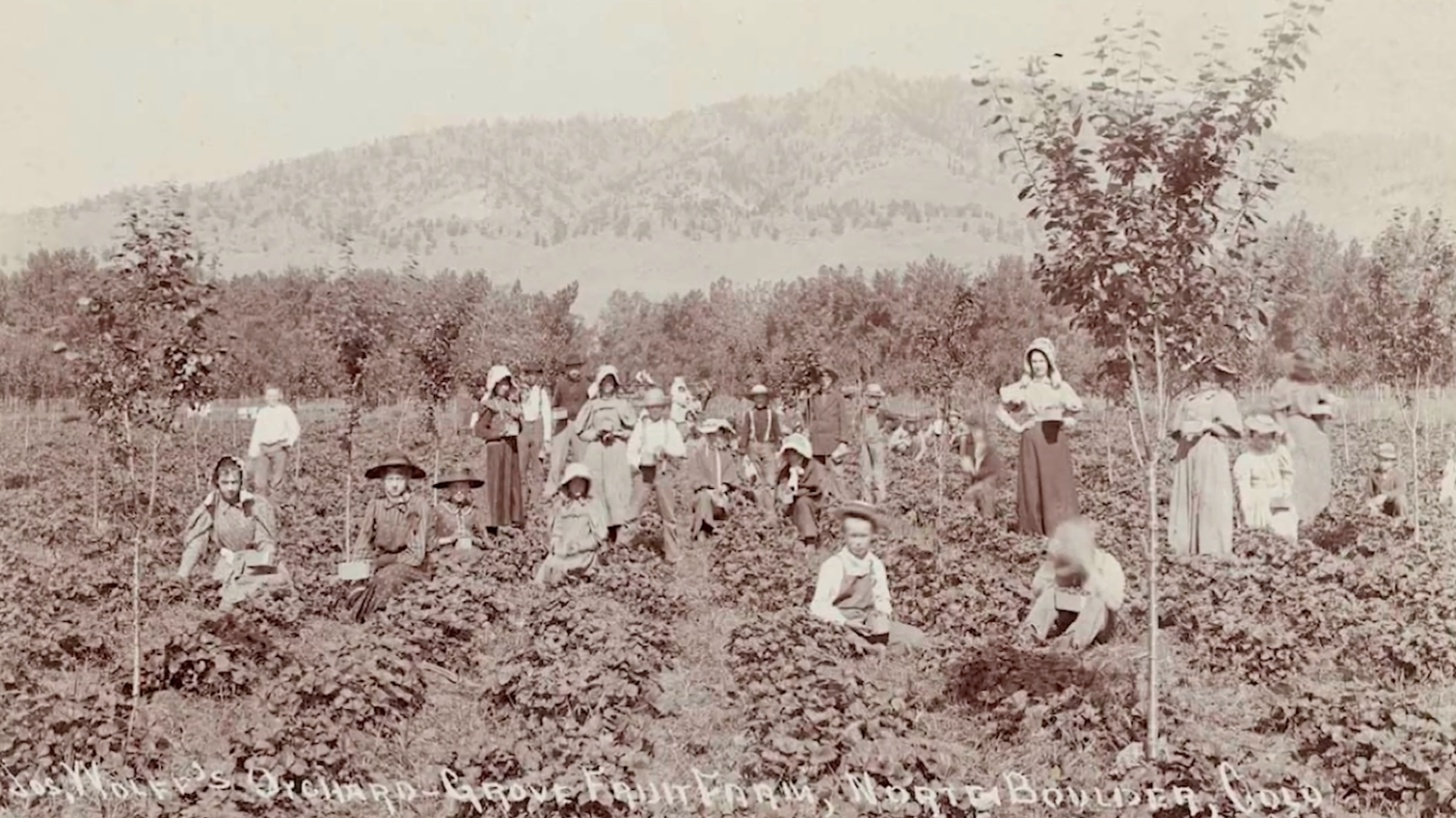 To find these trees, Suding and her colleagues had to adopt some old-fashioned sleuthing methods. Bolstered by a CU Boulder Innovative Seed Grant and working with the university’s libraries, they scoured historical photographs of Boulder homesteads to see if they could spot trees in the background. They consulted old maps and journals and farming logs, which provided clues that led to more clues. Students hiked trails and canvassed neighborhoods block by block to try to spot likely candidates.

Alex Sandberg-Bernard, a post-baccalaureate undergraduate in EBIO, has biked around several assigned quadrants of Boulder looking for trees. Whenever he finds one (and gets permission from the landowner), he marks its coordinates, collects leaf samples and takes measurements of the branches.

“We found this gnarled old apple tree that was just clinging to life, that had a few leaves left on it and we were able to document that and get a sample,” Sandberg-Bernard said. “That was just a really cool experience because it felt like we were maybe helping to preserve what might have been an heirloom variety of apples from this region that otherwise could have been lost forever.”

So far, he and his colleagues have mapped over 200 specimens, including ones from the historic Doudy-DeBacker-Dunn home near the South Mesa trailhead. More surveying is scheduled for this spring and soon, the researchers will have even more help: Anyone interested can new use a smartphone app to submit information about their own favorite trees. 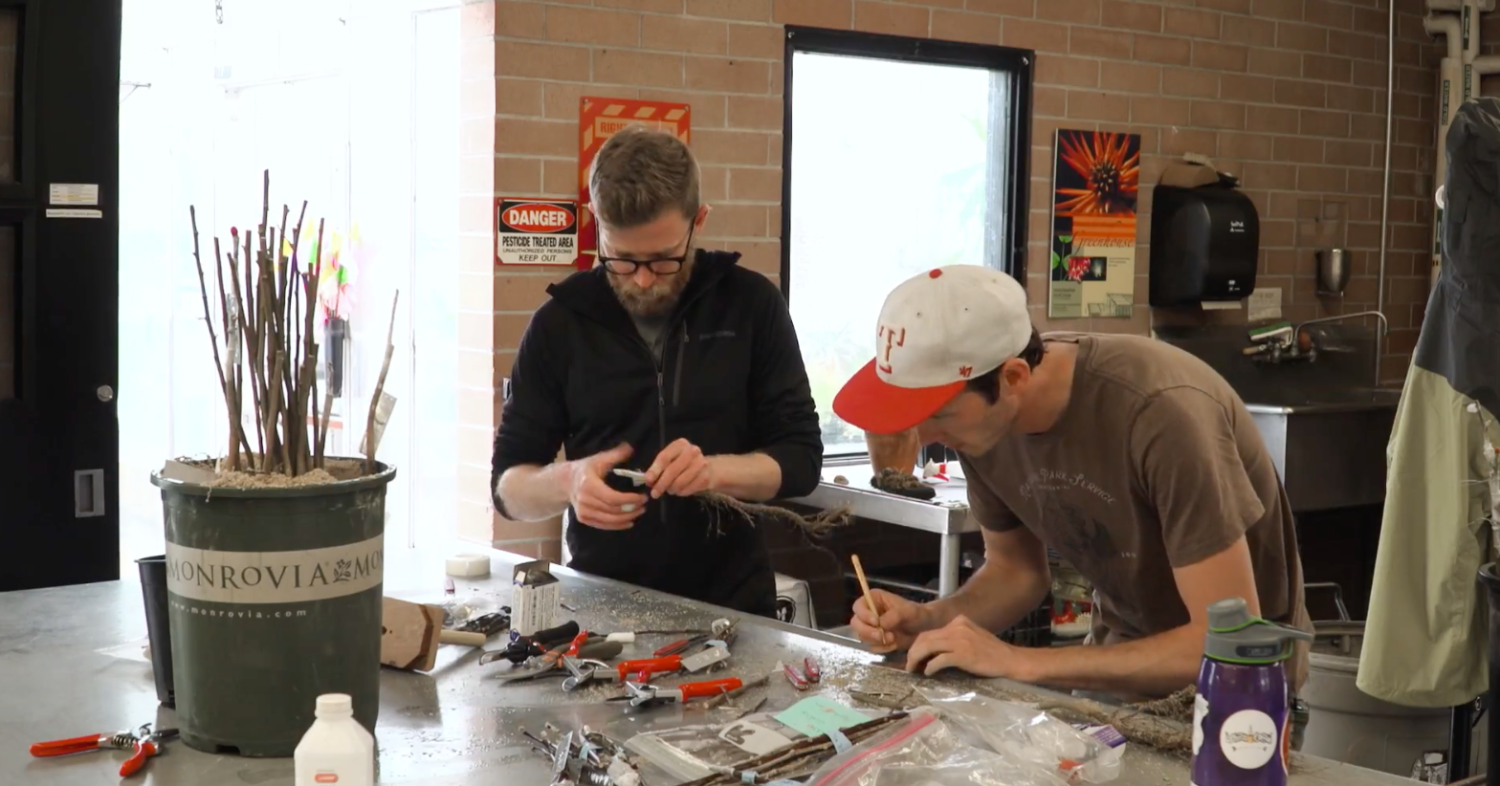 Mapping and sampling the trees is only the first step. Back at the CU Boulder greenhouse, Suding and the students take DNA samples to classify heirloom varieties and then work to graft selected specimens onto healthy rootstock in the hopes of growing new, robust genetic copies.

“The grafts will allow us to explore more ecological questions, such as why these trees survive here and how they’ve done it over such a long time period,” said Suding. “They are living history.”

The researchers eventually hope to create new urban orchards in Boulder where they can plant the descendants of the old trees and use them as outdoor teaching laboratories while connecting them to the town’s cultural history. The group has also partnered with Widespread Malus, an independent, biodiversity-focused effort that planted an apple orchard in East Boulder in 2016.

Overall, the apple tree project offers both undergraduates and grad students a chance to be part of science that has an impact on their own Boulder backyard.

“We want to make connections,” said Assistant Professor Lisa Corwin of EBIO, who is a co-investigator of the project. “We want it to be engaging, fun and local because that makes students want to get involved and taps into the things they care about.”

Corwin said she is encouraged by projects like this one that build campus outreach and encourage interdisciplinary STEM education for students who may not be interested in research initially.

“Science disciplines lose talented individuals from a variety of different cultures, races and backgrounds every year because we don’t offer students opportunities that align with their deeper interests and values,” Corwin said. “We are trying to tap into those values and help a diverse group of students realize that research is for them and can help the accomplish their goals.”

As the pink-white blossoms return to the crabapple trees this month, Suding, Corwin and the students are once again setting out to collect samples and expand their mapping. With luck, their efforts will help inspire future students and engaged citizens to continue uncovering a hidden piece of Boulder’s past.

“The research is relevant and it’s tangible,” said Suding. “All these trees have stories to tell, about the history of this place and environment where we live.”

Mitigating climate change by significantly reducing carbon emissions this decade will require big transitions in all sectors, from energy and transportation to construction and industry. But significant reductions in global emissions are possible, experts say. END_OF_DOCUMENT_TOKEN_TO_BE_REPLACED

Clint Carroll, associate professor in the Department of Ethnic Studies, studies Cherokee access to gathering wild plants and land use management, and tends to the land in his own backyard. END_OF_DOCUMENT_TOKEN_TO_BE_REPLACED

With the planet already warming, technical fixes to addressing a changing climate are important, experts say, but they can only get us so far. We need social fixes, too. END_OF_DOCUMENT_TOKEN_TO_BE_REPLACED
Return to the top of the page