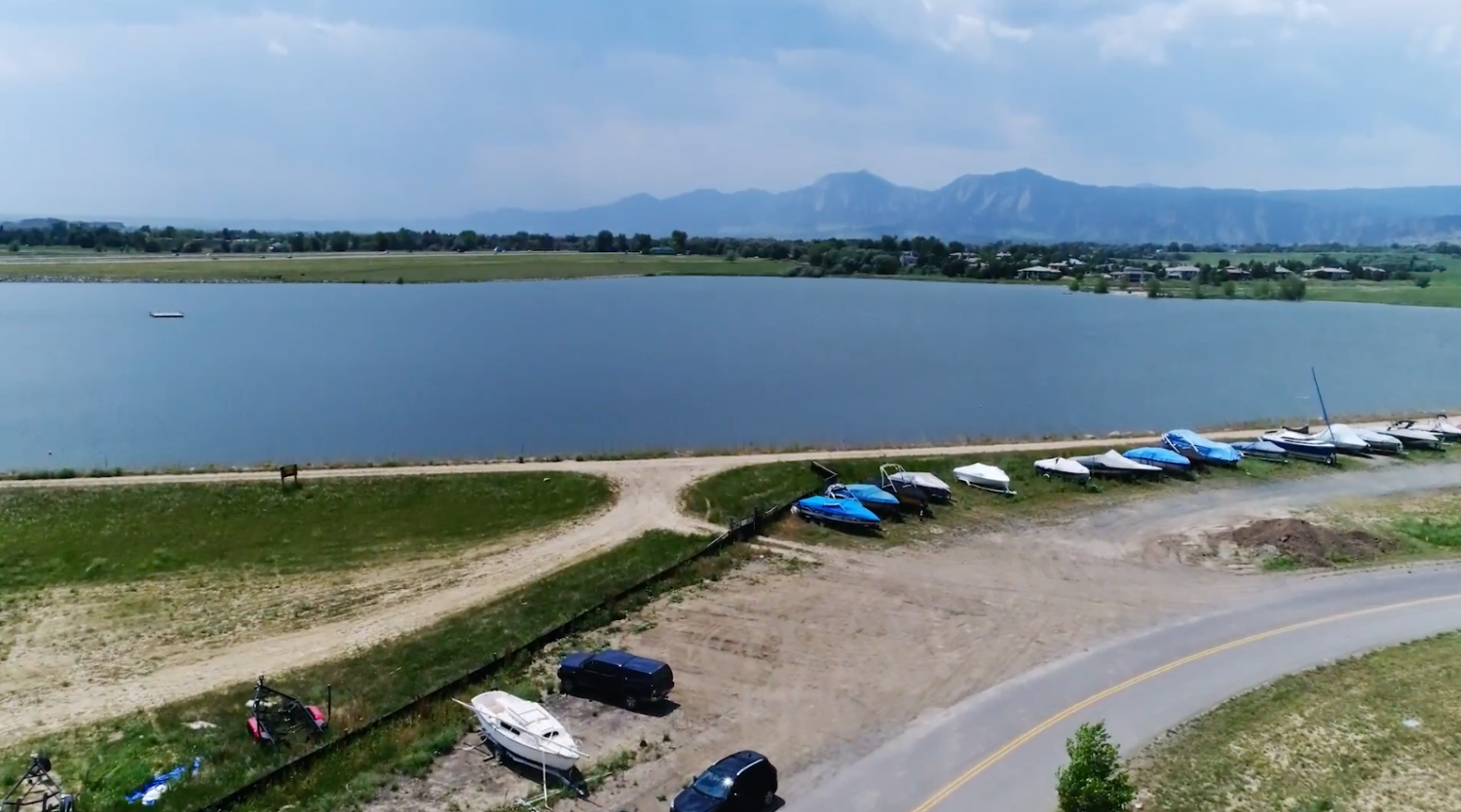 Preliminary results from an automated emissions monitoring system at the Boulder Reservoir indicate a strong correlation between air quality in the area and oil and natural gas development in neighboring Weld County, with northeasterly winds consistently bringing higher levels of ethane, propane and methane that are not attributable to urban emissions or vehicles.

In the presence of sunlight, ozone is created through the chemical reaction of VOCs and nitrogen oxides (NOx), causing particularly high levels of ozone pollution during summer months. Ozone levels in the Denver Metro/North Front Range area are above the National Ambient Air Quality Standards (NAAQS) for ground-level ozone as set by the U.S. Environmental Protection Agency (EPA) under the Clean Air Act.

The project, which is sponsored by Boulder County Public Health and led by researchers from CU Boulder’s Institute of Arctic and Alpine Research (INSTAAR) in partnership with the Colorado Department of Public Health and the Environment (CDPHE), installed the first automated system of its kind in the Rocky Mountain region that provides valuable real-time information through hourly postings on a public website for residents and policymakers alike.

The researchers have measured methane and NOX on a continuous 24/7 basis using equipment at Boulder Reservoir since mid-February 2017, collecting over 100,000 NOX measurements and almost 35,000 methane measurements in that span. The site has also collected VOCs such as ethane, propane and benzene since early April 2017 in over 4,000 samples. The CDPHE monitors ozone at the Boulder Reservoir concurrently, which provides information for ozone and ozone-precursor VOC and NOX data from the same location.

“The results of this study show the significant negative influence oil and gas facilities from outside the county have on people here in Boulder County,” said Jeff Zayach, Boulder County Public Health Director. “This is a public health concern, especially since the levels of ozone in the county and the Front Range are already so high that it’s causing and contributing to respiratory problems.”

“The two most surprising findings are the very clear association between VOC pollution levels and wind direction and the attention that this project has received from residents,” said Detlev Helmig, an associate professor at INSTAAR and the lead investigator of the project.

“The data are very clear: oil and gas pollution blowing in from Weld County is undermining public health here in Boulder County,” said Elise Jones, Boulder County Commissioner. “If we are to be successful in our efforts to ensure healthy air for our residents and to meet the Clean Air Act’s ozone standards regionally, these emissions must be dramatically reduced or, better yet, eliminated.”

This air monitoring project provides new public insight into which VOCs contribute to ozone formation and in what capacity, providing Front Range residents and lawmakers with crucial information needed to make decisions on policies to reduce ozone levels and meet the national standard.

Birds that can live at 14,000 feet and also breed at sea level might have evolved more quickly than previously thought. END_OF_DOCUMENT_TOKEN_TO_BE_REPLACED

Despite the Inflation Reduction Act, U.S. progress on climate change remains stuck in a climate conundrum, CU Boulder experts say, hampered by politics, complexity and the scope of the problem. END_OF_DOCUMENT_TOKEN_TO_BE_REPLACED

A CU Boulder-led study shows that between 1985 and 2019 in Brazil’s Atlantic Forest, deforestation decreased and reforestation increased on lands where Indigenous communities had been able to complete a legal process to receive formal recognition of their ancestral lands. END_OF_DOCUMENT_TOKEN_TO_BE_REPLACED
Return to the top of the page