When Emma Wu steps into Folsom Field for commencement, she’ll be wearing not one but three graduation tassels—white, orange and red—representing three distinct degrees in three different CU Boulder colleges.

She’ll walk away with a whopping 170 credits (42 more than it takes to graduate), a bachelor of science in technology arts and media (TAM) and bachelor of arts degrees in economics and strategic communications. 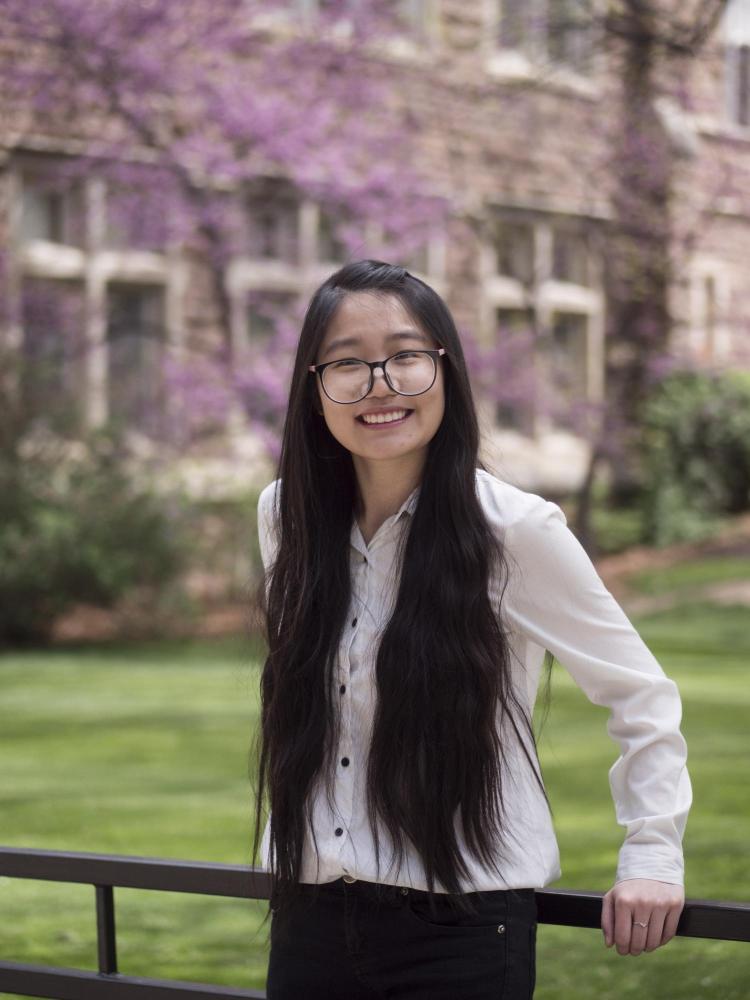 Read more stories about the class of 2018

Everything you need to know for commencement

As if that’s not impressive enough, she managed to get it all done in four years, taking eight classes her last semester alone, while working two jobs and maintaining a 3.5 GPA.

“It feels pretty great to be done,” she said Wednesday in English, one of the five languages the petite, seemingly tireless 22-year-old speaks.

Born in GuangXi, a rural Chinese province, Wu attended school in China until the beginning of second grade, when a severe flu landed her in the hospital for two months and forced her to miss a year of school.

Bright and hard-working already, she caught up quickly, moving straight into third grade when she and her family moved to Los Angeles.

There, she learned Spanish from friends in the neighborhood and Cantonese from her grandmother and cousins. Then came Japanese, on top of her first language—Mandarin.

Upon arriving at CU Boulder, she had her eyes set on computer science, but within a week she concluded the major was not for her. The pressing question: What was the major for her?

Then, her junior year, she posed a question to an advisor.

“I said, ‘how many majors are we allowed to have?’” she recalls. Theoretically, she was told, there was no limit. “I said, ‘OK. I guess I can do all three then.’”

She built her complex plan around a TAM degree, a transdisciplinary degree that allowed her to play at the intersection of technology and the arts. To refine her skillset further, she focused on user experience, a nascent field that aims to keep the human end-user in mind through each stage of the design.

To get a better sense of what those end-users want, she turned to advertising and communications classes at CMCI. With hopes of someday launching her own international company, she saw an economics degree and a business minor as perfect complements.

Making it happen was no easy task.

“I was pretty much maxed out every semester,” she says.

When a few classes she needed weren’t available at the right time, she took online community college classes at night to fill the gap. She also went to summer school one year, taking 24 credits. Senior year, she took 60.

In the end, she says, she got precisely the education she wanted.

“In every college, every advisor and every professor were super supportive. I couldn’t have done this otherwise.”

After graduation she plans to move to New York City and pursue a job as a digital designer. Ultimately, she’d like to help develop web technologies that are easier for all users to navigate, including those with visual and hearing impairments. But first, she’ll take a well-deserved break.

“I want to go out for a good dinner, and then I just want to lay around for a week.” 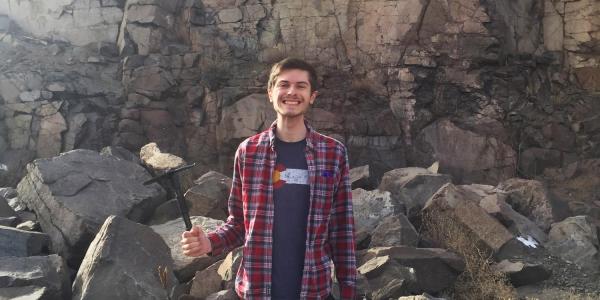 Attracted by top ranking, geology student returns to his roots

Adam Forreider had been working toward a career in business when he began to doubt it was the right path for him. He changed his major to geology and transferred to CU Boulder. END_OF_DOCUMENT_TOKEN_TO_BE_REPLACED 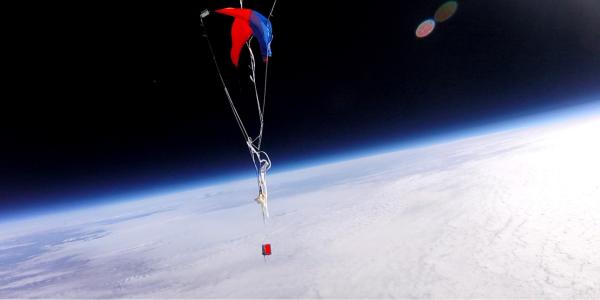 Launching science to near space in a pandemic

College students across Colorado are building science experiments that will travel into the stratosphere—and they are doing all the work at home. END_OF_DOCUMENT_TOKEN_TO_BE_REPLACED 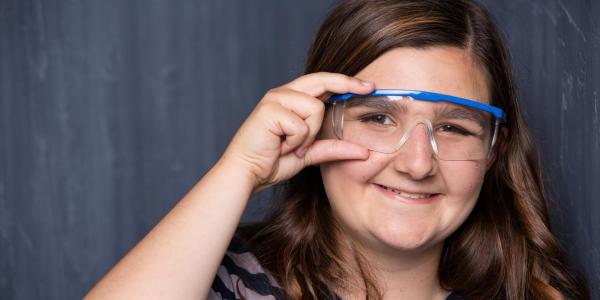 Back in March, Teagan Browne’s phone rang from an unknown number. The call was to inform her she was a finalist for the prestigious Department of Defense SMART Scholarship. She gets her college costs covered and a job commitment upon graduation. END_OF_DOCUMENT_TOKEN_TO_BE_REPLACED
Return to the top of the page