CU Boulder graduate student Jen Liu is bringing a bit of high tech to what may be one of humanity’s oldest pursuits: hunting for mushrooms.

Liu, an amateur mushroom hunter herself, is developing tools that allow foragers to collect data on environmental conditions while they hunt for fungi. In recently published research, she describes her project to build wearable technology into this hobby. Her designs include a walking stick that stores samples of dirt and a glove that takes soil moisture readings when you dip your fingers into the earth.

The project differs from many common types of wearable technologies like fitness trackers, said Assistant Professor Laura Devendorf. She is a co-author of the new study and leads CU Boulder’s Unstable Design Lab in the ATLAS Institute. 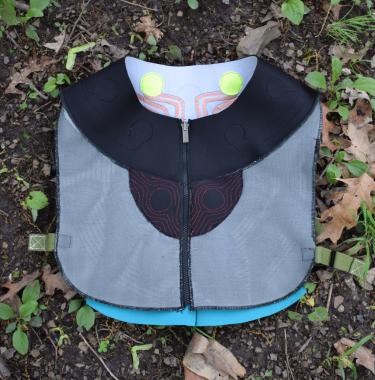 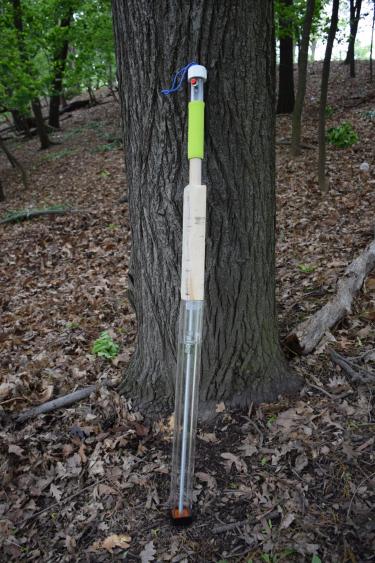 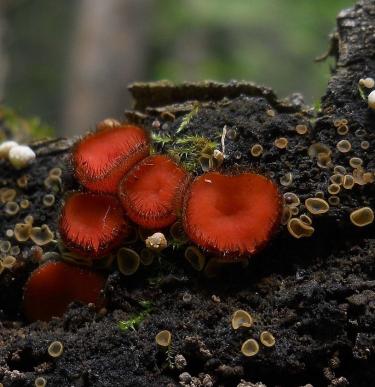 “This research frames wearables differently in that it extends your body into the environment,” Devendorf said. “We often think of technology as clean and dust free, so there’s an element of going to the dirt here that I thought was provocative.”

Mushroom hunting’s “going to the dirt” ethos attracts a small but passionate group of hobbyists, scientists and more. In Colorado, the foraging season extends from late spring to early fall, and sought-after mushrooms include edible morels and chanterelles.

Liu has been searching for mushrooms since 2015. For her, the fun has less to do with eating fungi—although she said she likes gnoshing on a type of mushroom called chicken of the woods—and more to do with experiencing nature.

“It is a very personal thing, wanting to get to know the environment through what grows there,” Liu said.

As a master’s student at Carnegie Mellon University in Pittsburgh, she decided to explore how technology might, or might not, fit into such a personal endeavor. To that end, she built three mushroom foraging tools: a vest, a walking stick and glove.

The vest turns mushroom hunting into a communal activity by allowing wearers to automatically log where they find fungi in an online map. These reference points guide novice hunters to mushrooming spots by using vibrating motors in the collar to “nudge” people in the right direction. The walking stick, a tube of plastic with a handle that looks like a light saber, lets you pick up samples of dirt as you walk, storing that soil for future analysis.

The glove is the most tactile tool. Rather than using a traditional handheld device, Liu embedded soil moisture sensors into the pointer and middle fingers of this wearable. The goal, she explained, is to enable a mushroom hunter to collect hard numbers while still getting a feel for the soil. The wetness of the soil can determine where certain mushrooms grow.

“There’s so much information you can gather from multisensory experience,” Liu said of the value getting one’s hands dirty. “I wanted to see if there was a way to build that process into a wearable so that you can become the sensor.”

The researcher said that her designs follow a philosophy called “collaborative survival,” a concept coined by anthropologist Anna Tsing that emphasizes that humans are not separate from nature. Instead, they depend on a wide range of organisms like fungi for their health and well-being.

Liu and Devendorf described these technologies at a conference in Montreal in April along with study co-author Daragh Byrne of Carnegie Mellon University.

Devendorf explained that many sustainable technologies focus only on getting people to conserve energy or save on waste, not on those more personal relationships.

“We’re trying to think about environmental engineering more broadly,” she said. “Maybe it’s about becoming attuned to the environment and being affected by it.”

That was the case for Liu. She said that wearing the designs pushed her to be more attentive to what was going on below her feet, including the conditions that are good for growing fungi. And, she added, there’s a lot to see. She pointed to her own favorite fungus, the eyelash pixie cup, a peach-colored mushroom with hairs around its rim that look like eyelashes.

“If you ask someone to think about a mushroom, they probably think about a button mushroom or a toadstool,” Liu said. “But there’s so much weird stuff out there—or weird to us.”

With National Science Foundation support, a CU Boulder-led initiative aims to attract underrepresented people to geosciences and foster grassroots ideas at the frontier of “inclusive and collaborative science.” END_OF_DOCUMENT_TOKEN_TO_BE_REPLACED

Researchers from CU Anschutz and CU Boulder are developing an artificial intelligence tool to diagnose dementia at earlier stages in an effort to curb its progress and plan more effective treatment options. END_OF_DOCUMENT_TOKEN_TO_BE_REPLACED

A new CU Boulder-led study documents how a durable plastic can be perpetually broken down and remade, without sacrificing its desired physical properties. END_OF_DOCUMENT_TOKEN_TO_BE_REPLACED
Return to the top of the page