While their interests and majors vary widely, both CU Boulder undergraduates were drawn to the Center of the American West because of the educational opportunities available.

Through the center, students delve into a deeper understanding of the American West’s vibrant and complex narratives and its rich literary heritage. They are encouraged to look at the West, a unique and complicated region that is connected to national and international issues.

Learning about the American West is not just about research but also how you interact with people, the land and the agencies you have to work with.” –Torrey Davis

The center works on many regional issues, including water management; relationships between federal agencies and communities; land planning; Native identity, art and literature; and the balance of power between tradition and modernization in Western life. An understanding of the historical origins of the West and an emphasis on common interests are essential to constructive public discourse.

The center offers scholarships, internships, and academic and networking opportunities. Students can receive a Certificate in Western American Studies and explore Western topics while engaging with leading scholars, writers and civil servants.

One of the benefits of the center’s certificate program is that student can tailor the certificate to their interests, said Kurt Gutjah, program director.

“If a student is majoring in literature, they can design the certificate around Western writing,” he said. “If they are a biology major, they can study the flora and fauna of the West. The flexibility we offer allows students to delve deeply into one area and gain true expertise.” 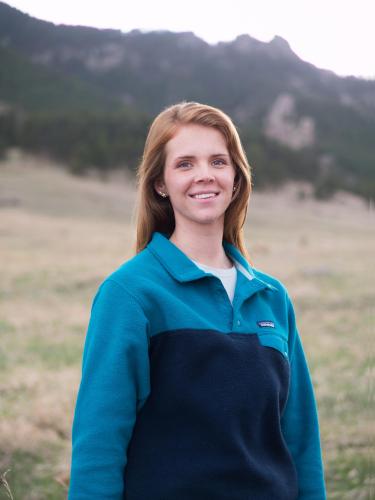 A senior in ecology and evolutionary biology, Davis received an internship with The Nature Conservancy through the center’s internship program. Her career goals are clear-cut now, but Davis’ academic journey to this point took some detours. She started in engineering, changed to architecture and then settled on biology, which had been her minor all along.

During her senior year, Davis conducted her own research through an Education Abroad program in Iceland and Greenland. While participating in the program, Davis studied how climate change affects zooplankton.

“That experience made me realize there’s so much we don’t know about the finer details of ecosystems, and how those in turn will be affected by climate change,” she said.

After she returned from Iceland, Davis began the internship at The Nature Conservancy, where she has worked on a variety of conservation projects. In one project she monitored the effects of flooding on vegetation. In another she mapped burn scars from fires in Colorado and New Mexico. She’s working on wildfire response plans for the conservancy’s preserves in Colorado and is investigating how many bird species can be found in the conservancy’s preserves.

This summer, Davis will work on her own research project on bison genetics. Decades ago, bison were interbred with cattle, and the descendants of those interbred animals are living on the preserves. Davis will use the genomes for bison and cattle to look at overlapping similarities.

“For conservation reasons, The Nature Conservancy wants to have more functionally intact bison genetics on preserves,” she said. “Hopefully, my research will have a lot of cool implications. It’s an exciting time we’re in with all these new technologies. I want to see how we can use genetics to inform conservation.”

Davis’ research opportunities, particularly those through her Nature Conservancy internship, made possible through the Center of the American West, have piqued her interest in graduate school and pursuing conservation genetics as a career.

“The center makes sure students are networking with people and learning about all the different things that make up the West today, such as conservation, politics and water rights,” she said. “It’s fun being in this internship and seeing real-world applications. Learning about the American West is not just about research but also how you interact with people, the land and the agencies you have to work with.” 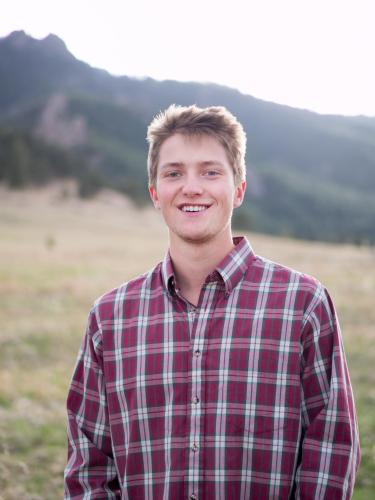 A romanticized view of the West evolves

Growing up in Granby, Connecticut, Mooney had a romanticized view of the American West based on its portrayal in movies and TV shows—vast swaths of open land where huge herds of bison roam free.

A sophomore majoring in geography, Mooney came to CU Boulder because he wanted to attend a large research institution near the mountains. He is also working toward a Certificate in Western American Studies.

“I’d always been drawn to the vast expanse of the West,” he said. “The certificate is a multidisciplinary look from different departments—courses such as Environmental Public Policy and Native American Studies. All the courses I’ve taken that are applicable to the certificate have been eye-opening.”

“What I’m learning in the certificate program is tearing down the limited concepts I came to college with,” Mooney said. “I had never learned that George Washington and Thomas Jefferson admired the structure of the Iroquois Confederacy. The Center of the American West’s program focuses our education on this complicated area that is the West.”

This year, Mooney received the center’s merit-based Beardsley Family Scholarship. He improved waste removal processes at his fraternity Sigma Nu. Working with some nonprofits and CU Boulder student groups, Mooney has spearheaded a coalition of organizations to increase the fraternity house’s sustainability.

Mooney plans to pursue a career that combines land management, public lands, resources and conservation, and sustainable extraction with an organization such as the Bureau of Land Management or National Parks. He is also considering staying in academia.

“The land is what tells the story,” Mooney said. “That’s one of the reasons I was drawn out here. I came with a romanticized view of what I thought was the West that I had created from the perspective of living in Connecticut. But once you’re here, your perspective changes.”

For more information, go to the Center of the American West. 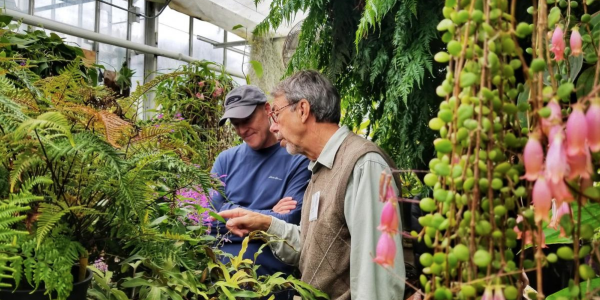 Pushing Boundaries: CU greenhouse a resource for students and researchers

Walk through the Japanese torii gate surrounded by a wildflower garden and step into an ethereal glass building filled with rare and unusual plants and flowers, open twice a year for public tours. END_OF_DOCUMENT_TOKEN_TO_BE_REPLACED 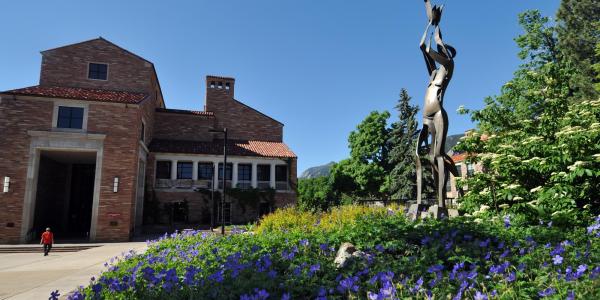 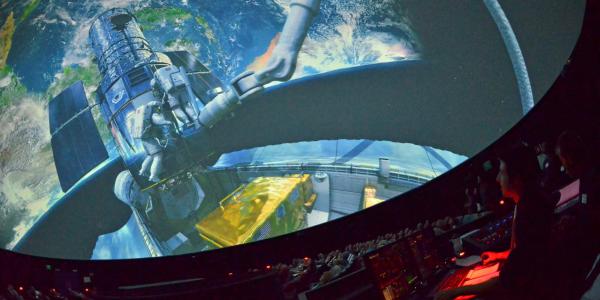 9 things to do this weekend: Observe the moon night, ‘Nope’ screening, more

This weekend brings a fiery yoga session, extreme bowling, a neighborhood block party, a fall volunteer opportunity, a city council chat, an opportunity to explore the solar system and more. END_OF_DOCUMENT_TOKEN_TO_BE_REPLACED
Return to the top of the page