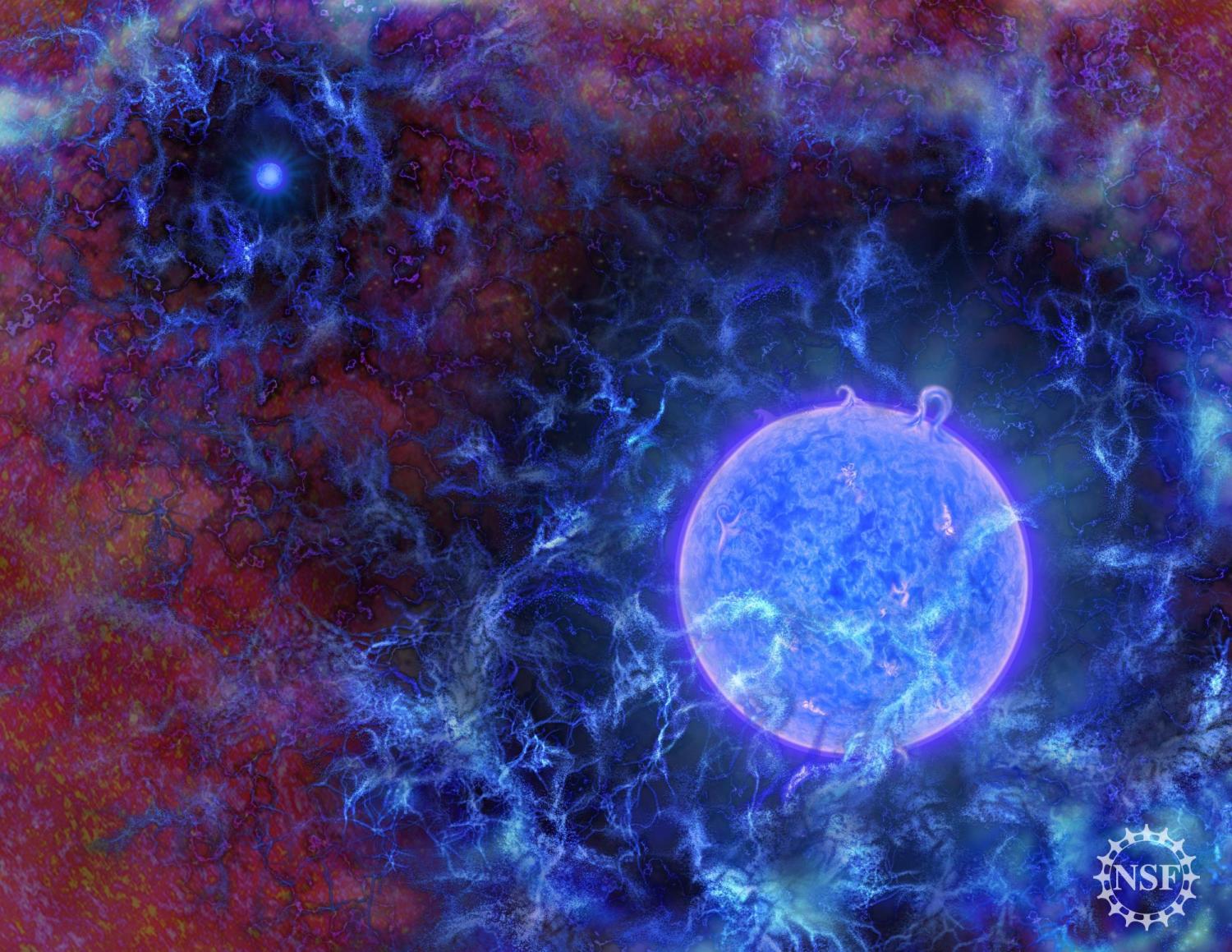 For the first time, astronomers have detected a signal from stars emerging in the early universe. Using a radio antenna not much larger than a refrigerator, the researchers discovered that ancient suns were active within 180 million years of the Big Bang.

The astronomers, from Arizona State University (ASU), the Massachusetts Institute of Technology (MIT) and the University of Colorado Boulder, made the discovery with their Experiment to Detect the Global EoR (Epoch of Reionization) Signature (EDGES) project, funded by the National Science Foundation (NSF). They reported their findings in the March 1 issue of Nature.

"The EDGES experiment measures the tiny perturbation in the radio spectrum due to the appearance of the first stars and galaxies in the Universe,” said Raul Monsalve, a postdoctoral researcher at CU Boulder’s Network for Exploration and Space Science (NESS) and a co-author of the new study. “We have detected an absorption feature consistent with the formation of the first generations of stars 180 million years after the big bang."

Read the full story from the National Science Foundation.

Do increased extraterrestrial ambitions threaten the future of space?

As more private companies get involved in commercial space activities, the sustainability of space exploration comes into question. Researchers have teamed up to explore norms and rules to help ensure space remains accessible to future generations. END_OF_DOCUMENT_TOKEN_TO_BE_REPLACED 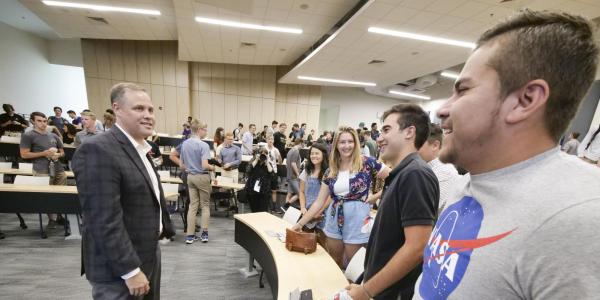 NASA Administrator Jim Bridenstine recorded a special video for the aerospace graduation ceremony, offering congratulations to graduates. END_OF_DOCUMENT_TOKEN_TO_BE_REPLACED
Return to the top of the page