Pushing Boundaries: To save the whales, engineering students take to the skies

A team of engineering students is designing a whale-scouting drone to help scientists learn about the mysterious language of sperm whales and, in the process, help save the massive mammals from harm and potential extinction.

The engineering project called SHAMU (Search and Help Aquatic Mammals UAS) is an unmanned aerial system that consists of a remotely controlled aiarcraft, which will survey the ocean for sperm whales. The goal is to make searches more effective for marine biologists, who are currently limited to the use of binoculars and hydrophones when looking for the telltale whale spouts in vast oceans.

Coming together for a common purpose is how the world will change. Whales are incredibly intelligent. We underestimate them. I think bringing together aerospace engineers with the biologists to save the whales is pretty cool.” –Student team member Brandon Sundahl

There is also an urgency to study sperm whales. Sound pollution and collisions with ships account for an estimated 1,000 sperm whale deaths annually. The United Nations now lists them as a vulnerable species. Many studies predict the sperm whale population may collapse in the next 30 years, which could be disastrous for the ocean biological diversity and, consequently, for humanity.

“One of the main reasons most of us joined the project is wanting to use engineering to better the world,” said Lauren McIntire, whose main role on the team is safety lead. “In aerospace there’s a focus on defense or commercial projects, but SHAMU is about conservation and helping all life on Earth.”

Through a partnership with scientists from the Cetacean Echolocation Translation Initiative (CETI) Foundation, SHAMU will design, fabricate and operate an unmanned aerial system to locate pods of whales in the open ocean. The drone is scheduled to launch for the first time this summer from a research vessel. It will be able to scout for surfacing whales from an altitude of 1,000 feet up to 6.2 miles out from the ship.

Sperm whales rely on a sequence of sound clicks for echolocation. By sending out clicks and listening for the echoes that bounce back, whales perceive objects and food in the water around them. They also use more sophisticated and highly detailed click patterns in social behavior and can repeat social clicks with vastly accurate frequencies, which means there’s a huge “vocabulary” in their vocalizations. While many studies of sperm whale communication indicate intelligence, what they are “saying” is largely not understood. 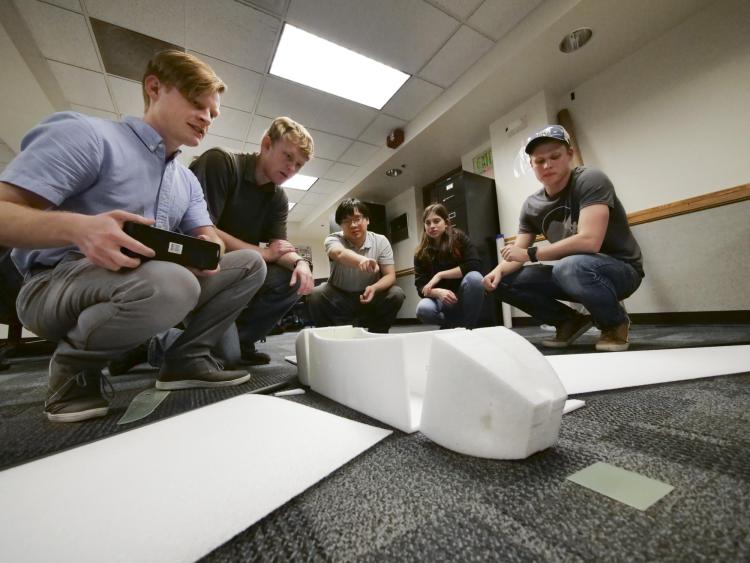 SHAMU is the students’ aerospace capstone senior design project. Last semester the team designed and built a half-scale drone and proved it would fly and fulfill basic requirements. This semester they are building a full-scale, fixed-wing drone with a wingspan of 10 feet. They are also designing the takeoff and landing systems for research ships and the pilot’s control station. A future student team will design a camera system that can recognize whales.

“Marine biologists think that vocal complexity indicates whales are transmitting a complex language,” said Severyn Polakiewicz, who serves as project manager. He helps design part of the aircraft’s wing and writes software for the drone.

“The scientists think it’s possible the sounds reveal images in the whales’ brains, which they are communicating to other whales or using for echolocation. The idea of SHAMU is to support marine biologists in their research and conservation efforts of the whales. By revealing and documenting the whales’ astuteness, scientists want to show humanity how intelligent whales are by ascertaining their highly developed communication capabilities.”

Decoding the whales’ enigmatic language could help conservationists protect them from harm caused by noise pollution and the use of sonar in the ocean. Scientists speculate that whale beachings are caused when whales become disoriented by that noise.

When SHAMU locates a whale pod, marine biologists dive among them with special audio-visual equipment to record the whales’ clicks and analyze them for possible intellectual content.

Sperm whales spend about an hour at a time at the surface breathing air and then dive to depths of more than 1,000 feet to hunt for food. This means divers can record data only during the brief time the whales are close to the surface. Finding them, steering the ship toward them and gathering data happens in small windows of time. Reconnaissance by unmanned aircraft will make this data gathering more effective, as searches are carried out from an altitude of 1,000 feet.

The SHAMU project is an example of the hands-on focus of CU Boulder’s aerospace engineering curriculum. The program’s labs draw from all aerospace topics, such as vehicle design, aircraft dynamics, structures, aerodynamics, electronics and software.

The SHAMU team works on the project with senior students at the U.S. Naval Academy in Annapolis, Maryland. This way, students develop valuable skills to work in delocalized global engineering teams.

“Coming together for a common purpose is how the world will change,” said Brandon Sundahl, one of the team members. “Whales are incredibly intelligent. We underestimate them. I think bringing together aerospace engineers with the biologists to save the whales is pretty cool.” 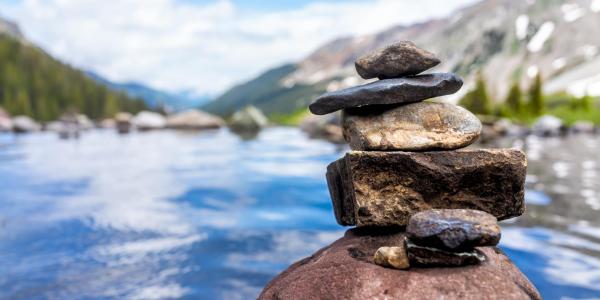 The Mindful Campus Program, designed by students and faculty, aims to help students improve their own wellness and that of the community. END_OF_DOCUMENT_TOKEN_TO_BE_REPLACED 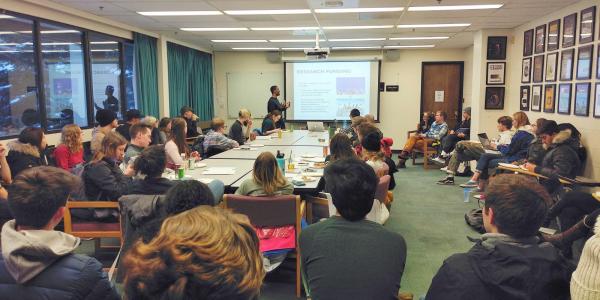 In 2021, a new research scholarship program, Uplift, was launched by the graduate student organization STEM Routes to provide mentored research experiences specifically catering to the challenges faced by underrepresented and underprivileged undergraduates at CU Boulder. END_OF_DOCUMENT_TOKEN_TO_BE_REPLACED 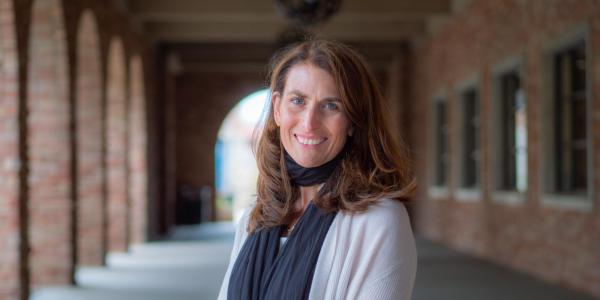 As the Renée Crown Wellness Institute gears up for its grand opening this fall, Director Sona Dimidjian addresses the current climate for mental health and wellness among young people and how the institute is taking supportive action. END_OF_DOCUMENT_TOKEN_TO_BE_REPLACED
Return to the top of the page