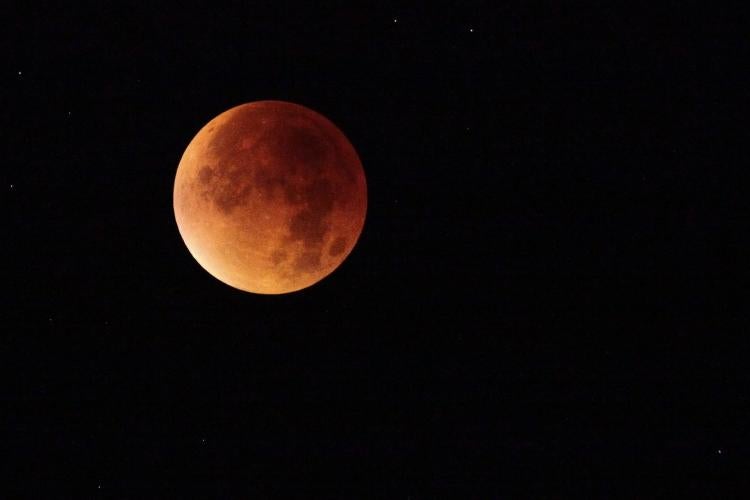 Just before 4 a.m. Wednesday, the moon will appear unusually bright and large above the western horizon before shifting from gold to red to inky gray-black as it passes into the Earth’s shadow.

The rare lunar event, dubbed a “super blue blood moon,” marks the unusual overlap of three celestial occurrences: a “blue moon,” or second full moon in a calendar month; a “supermoon,” in which the moon is near its closest point to Earth in its orbit; and a total lunar eclipse, when the earth casts a shadow on the moon.

“It will appear about 6 percent larger than average and significantly brighter than a typical full moon just before the eclipse begins around 4 a.m.,” explains Paul Hayne, an assistant professor in the department of astrophysical and planetary sciences and researcher with the Laboratory for Atmospheric and Space Physics.

“Then, as the moon passes into Earth’s shadow, the sunlight refracted through our atmosphere creates a warm reddish hue on the lunar surface. It’s similar to the colors of a sunset, because we are seeing the effect of our atmosphere filtering out the blue light and letting the red light pass through.”

In that moment of total eclipse, the temperature on the moon also plummets about 100 degrees, offering a rare opportunity for scientists to observe the lunar surface as it cools.

Hayne will spend the morning at Haleakala Observatory on the island of Maui, observing via a heat-sensing camera.

“The whole character of the moon changes when we observe with a thermal camera during an eclipse,” he said. “In the dark, many familiar craters and other features can’t be seen, and the normally non-descript areas around some craters start to glow because the rocks there are still warm.”

He offers the following tips for those eyeing the super blue blood moon from Colorado:

Since the moon will be setting in the west during the eclipse, the farther east you go the more of it you’ll be able to see.

The moon will be its brightest right before the eclipse begins, around 4 a.m. The eclipse will peak about 6:30 a.m., but for some in the Foothills, it will be obstructed by the mountains by then.

“Over the course of about two hours, the moon will go from bright gold to red and then inky gray-black,” said Hayne.

Use a telephoto and light meter

“Since the moon will be much brighter than anything else in the sky or foreground, it helps to use a light meter to reduce the exposure so that the Moon itself is not overexposed,” he said. “As the eclipse progresses, the exposure will need to be increased to compensate for the lower brightness.” 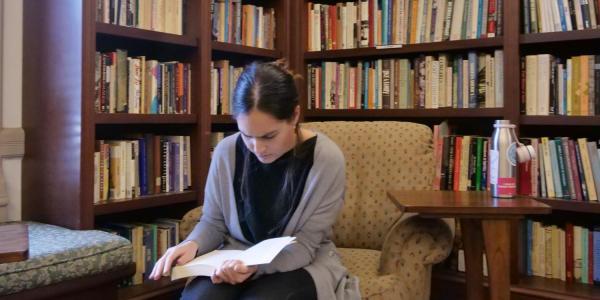 For grad students: Deadlines and events through February

Get up to speed on upcoming professional development workshops and conferences, funding opportunities and approaching academic deadlines for graduate students. END_OF_DOCUMENT_TOKEN_TO_BE_REPLACED 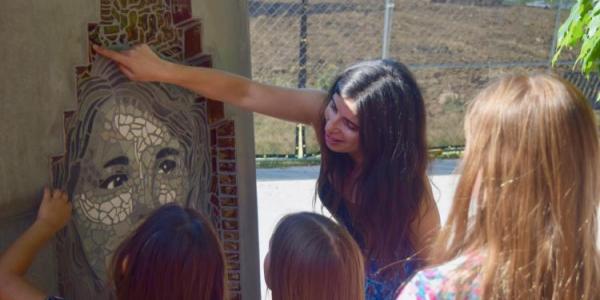 The university is creating the CU Boulder History Project, as well as an Art in Public Space Committee, an outgrowth following the installation of Los Seis de Boulder, a temporary sculpture on campus. END_OF_DOCUMENT_TOKEN_TO_BE_REPLACED 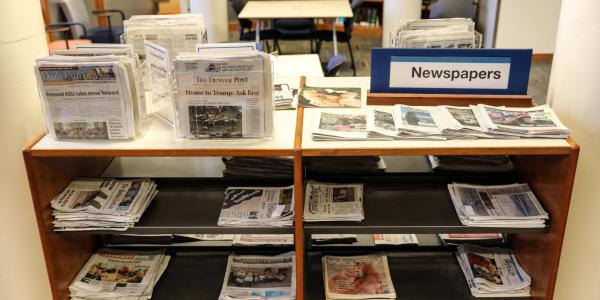 The University Libraries are actively adding to their newspaper collection. By providing access to thousands of searchable outlets and more than 50 databases, the libraries aim to reduce barriers to news consumption for students, faculty and staff. END_OF_DOCUMENT_TOKEN_TO_BE_REPLACED
Return to the top of the page