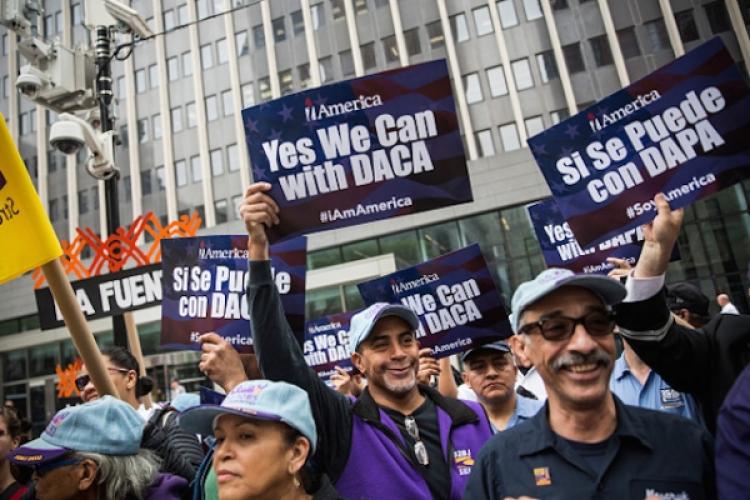 A bipartisan group of House lawmakers announced Wednesday 237 members of Congress are backing a resolution to force votes on four separate proposed fixes for the Deferred Action for Childhood Arrivals program (DACA).

The DACA program affects roughly 800,000 "Dreamers," undocumented immigrants brought to the United States as children. DACA allows them a reprieve from deportation and the opportunity to apply for work permits. President Trump ordered the program to be phased out in March, but the phase-out is being held up in court.

Violeta Chapin, clinical professor of law at Colorado Law. She can discuss specifics coming from the U.S. Department of Homeland Security and what's next for people who have pending DACA applications and those who would like to renew. She has expertise on the intersection of immigration law and criminal law and speaks fluent Spanish. violeta.chapin@colorado.edu

Fernando Riosmena, associate professor, Population Program, Institute of Behavioral Science. Riosmena is a social demographer/population geographer who specializes in the study of Mexico-U.S. migration. He can discuss the role of immigration policy in driving legal and undocumented migration to the United States and how DACA fits into that context. He is a native Spanish speaker.
fernando.riosmena@colorado.edu

Enrique Sepúlveda, assistant professor in the Department of Ethnic Studies.  He studies the experiences of Latina or Latino immigrant youth in school and community, looking at citizenship, identity formation and belonging. He is the son of Mexican migrants and is bilingual (Spanish/English).
enrique.sepulveda@colorado.edu

Deb Palmer, professor and chair of the Educational Equity and Cultural Diversity Program in the School of Education. She teaches about immigration theory and preparing teachers for teaching immigrant and refugee children. She can discuss resources for supporting immigrant and refugee children in K-12 schools and support for teaching about immigraton in K-12 settings.
debpalmer@colorado.edu