How a student satellite solved a major space mystery 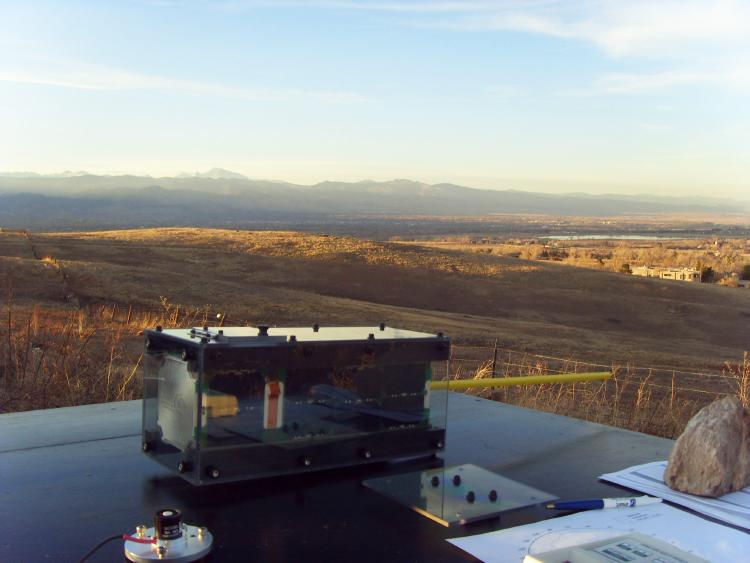 A 60-year-old mystery regarding the source of some energetic and potentially damaging particles in Earth’s radiation belts is now solved using data from a shoebox-sized satellite built and operated by CU Boulder students.

The team showed, during a process called “cosmic ray albedo neutron decay” (CRAND), cosmic rays entering Earth’s atmosphere collide with neutral atoms, creating a “splash,” which produces charged particles, including electrons, that become trapped by Earth’s magnetic fields. The findings have implications for understanding and better forecasting the arrival of energetic electrons in near-Earth space, which can damage satellites and threaten the health of space-walking astronauts, said Li.

“We are reporting the first direct detection of these energetic electrons near the inner edge of Earth’s radiation belt,” said Li, also a professor in CU Boulder’s aerospace engineering sciences department. “We have finally solved a six-decade-long mystery.”

A paper on the subject was published in the Dec. 13 issue of Nature. The study was funded primarily by the National Science Foundation.

Soon after the discovery of the Van Allen radiation belts in 1958, both American and Russian scientists concluded CRAND was likely the source of high-energy protons trapped in Earth’s magnetic field. But over the intervening decades, no one successfully detected the corresponding electrons that should be produced during the neutron decay.

The CubeSat mission, called the Colorado Student Space Weather Experiment (CSSWE), houses a small, energetic particle telescope to measure the flux of solar energetic protons and Earth’s radiation belt electrons. Launched in 2012, CSSWE has involved more than 65 CU Boulder students and was operated for more than two years from a ground station they built on the roof of a LASP building on campus.

“This is really a beautiful result and a big insight derived from a remarkably inexpensive student satellite, illustrating that good things can come in small packages,” said Baker. “It’s a major discovery that has been there all along, a demonstration that Yogi Berra was correct when he remarked ‘You can observe a lot just by looking.’”

“These results reveal, for the first time, how energetic charged particles in the near-Earth space environment are created,” said Irfan Azeem, a program director in the NSF’s Division of Atmospheric and Geospace Sciences.

“The findings will significantly improve our understanding of the Earth-space environment,” Azeem said. “It’s exciting to see NSF-funded CubeSats built by undergraduate and graduate students at the center of a significant scientific discovery.”

CSSWE was designed and built by students under the direction of Li and aerospace engineering sciences Professor Scott Palo. More than 20 peer-reviewed scientific and engineering papers associated with CSSWE—which ceased operations in late 2014—have been produced thus far. CU Boulder graduate students continue to study the data.

A first-of-its-kind sensor, developed by a team at the Laboratory for Atmospheric and Space Physics, will measure sunlight reflecting from Earth with more accuracy than any instrument in space or on the ground. END_OF_DOCUMENT_TOKEN_TO_BE_REPLACED

Ahead of the historic space mission, crew members joined CU Boulder researchers Allie Anderson and Torin Clark to talk about how the eye changes in space, experiencing "space motion sickness" and more. END_OF_DOCUMENT_TOKEN_TO_BE_REPLACED

NASA’s Orion spacecraft blasted off this morning from Florida in the first stage of its 25-day journey to circle the moon and return to Earth. Two CU Boulder scientists talk about what lies in store for the space agency’s ambitious Artemis Program. END_OF_DOCUMENT_TOKEN_TO_BE_REPLACED
Return to the top of the page