The organizations charged with governing Olympic sports in the United States received a median score of D for the way they govern themselves in a first-of-its kind evaluation unveiled this week by CU Boulder researchers. 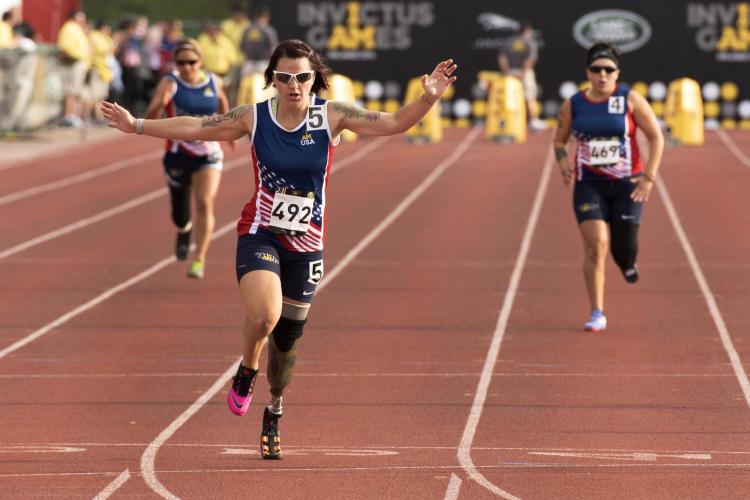 NGBs are nonprofit federations responsible for selecting and sending teams to the Olympic games and supporting the growth of the sport all the way down to youth levels.

“Sports organizations have not historically been well known for following procedures of checks and balances and democratic processes because we haven’t been paying much attention,” said lead researcher Roger Pielke Jr., director of the Sports Governance Center at CU Boulder.

“But with so much attention being paid to doping, sexual abuse scandals and corruption in sport, we thought it would be useful to ask: How well are U.S. organizations governing themselves?”

For the evaluation, Pielke and a team of student researchers used parameters established in a 2015 report by the Danish Institute for Sports Studies, which assessed the self-governance of international federations, such as the Federation Internationale de Football Association (FIFA), charged with preserving the integrity of their sport on a global scale.

“The good news is that U.S. organizations are, in general, better governed than their international counterparts, but there is a lot of room for improvement,” Pielke said.

They based their rankings on 36 indicators in four categories: democratic process (how decisions are made and who makes them), transparency (how easy it is for the public to get information), checks and balances, and solidarity (which includes things like ethics guidelines and support of grassroots sports).

USA Track and Field ranked well above the rest for its robust ethics committee and transparency.

“They are paying attention to governance and it shows,” said Pielke, stressing that some sports organizations ranked low in part because they are small, or new, and have lacked the resources to improve self-governance.

The evaluation did not assess NGB sex abuse prevention policies, which have been the subject of much scrutiny in the wake of revelations of widespread sexual misconduct among coaches in several Olympic sports. It also did not assess how NGBs implement play or how well athletes perform.

“If money is not being spent well or people in leadership are not being held accountable—that could trickle down to what happens on the field or the court.”

Pielke said he intends to finish evaluations of the remaining NGBs within a year and publish them in a peer-reviewed journal. He said he released the preliminary results now at the world’s largest sports governance conference—not to shame those with low ranking—but to spark improvement across the board.

“Our hope is that this is the start of something that can be done regularly, providing a report card to help organizations figure out how they are doing and how they can do better,” Pielke said.

The project was supported by CU Athletics. Jackson McCabe, a Paralympic soccer player, Sarah Sutherland, a CU Boulder graduate and elite middle-distance runner, and Jared Adler, a business and psychology major at CU Boulder, contributed to the report.

Thirty-seven states, including Colorado, require minors to notify their parents or go before a judge before having an abortion. A new 18-year-study conducted in Texas shows judges deny their request up to 13% of the time, and the judicial-bypass process is humiliating and traumatizing for some teens. END_OF_DOCUMENT_TOKEN_TO_BE_REPLACED

Just like modern-day humans, Neanderthals may have seen the appeal in a little sand and surf, according to a new study. END_OF_DOCUMENT_TOKEN_TO_BE_REPLACED

CU Boulder-developed tools provide a way of preparing children with autism spectrum disorder to get their hearing tested—saving time and a whole lot of stress. END_OF_DOCUMENT_TOKEN_TO_BE_REPLACED
Return to the top of the page