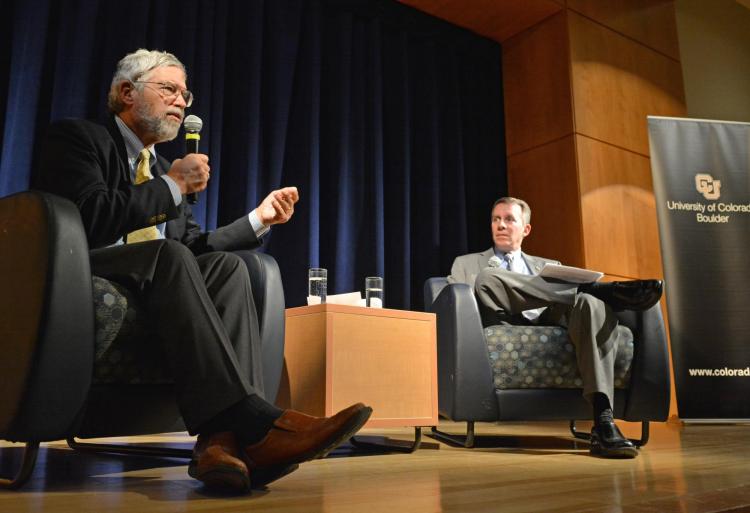 Holdren, the longest-serving science advisor to any president and a central member of Obama’s senior staff, said virtually every economist agrees that more than 50 percent of U.S. economic growth has been driven by science, technology and innovation in government, academia and industry. “We know historically that our investments in basic research have led to an enormous improvement in human well-being,” he said.

Holdren’s public talk to a packed house of more than 500 people at the University Memorial Center was the inaugural event of the CU Boulder Engineering Dean’s Speaker Series created by Bobby Braun, who was named dean of the College of Engineering and Applied Science in January 2017. As part of the event, Holdren fielded questions from the audience, touching on energy policy, sustainability, climate change, science education and technological innovation.

“Discovery and invention are things that make us human,” Holdren said. “It is one of our highest aspirations to better understand ourselves and apply that understanding to improve the human condition.”

Holdren also talked about Engineers Without Borders USA, which was founded 15 years ago by CU Boulder Distinguished Professor Bernard Amadei of civil engineering and now spans 46 countries with more than 16,000 members. “There is value in this project not just for peoples’ livelihoods but the passion it inspires in young engineers, some of whom may go on to do even bigger and better things,” he said. 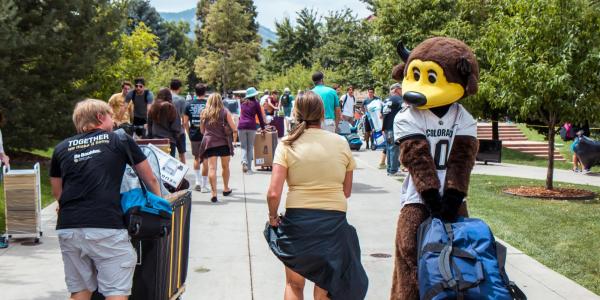 Are you ready for Fall Welcome?

About 8,000 new students and their families will arrive on campus next week, marking the start of Fall Welcome. Here’s what faculty and staff need to know to get ready. END_OF_DOCUMENT_TOKEN_TO_BE_REPLACED 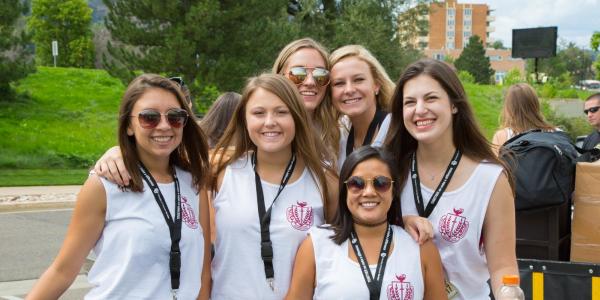 Should you join a fraternity or sorority? Here are some reasons to consider it

With the start of the school year quickly approaching, you may be searching for new experiences to connect with other students. There are many ways to find community at CU Boulder, and as you explore options consider participating in Greek life. END_OF_DOCUMENT_TOKEN_TO_BE_REPLACED 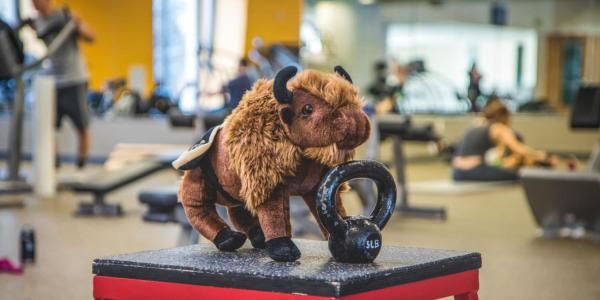 Your campus fitness guide for fall 2022

If you're looking to be active, meet people, find your community or explore new hobbies, the Rec Center is a great place to get started. Here is your ultimate guide to campus fitness! END_OF_DOCUMENT_TOKEN_TO_BE_REPLACED
Return to the top of the page