Just as flu season swings into full gear, researchers from the CU Boulder and University of Texas at Austin have uncovered a previously unknown mechanism by which the human immune system tries to battle the influenza A virus. The discovery sheds new light on how the virus—which kills 12,000 to 56,000 people in the United States annually—often wins, and it could ultimately lead to new treatments. 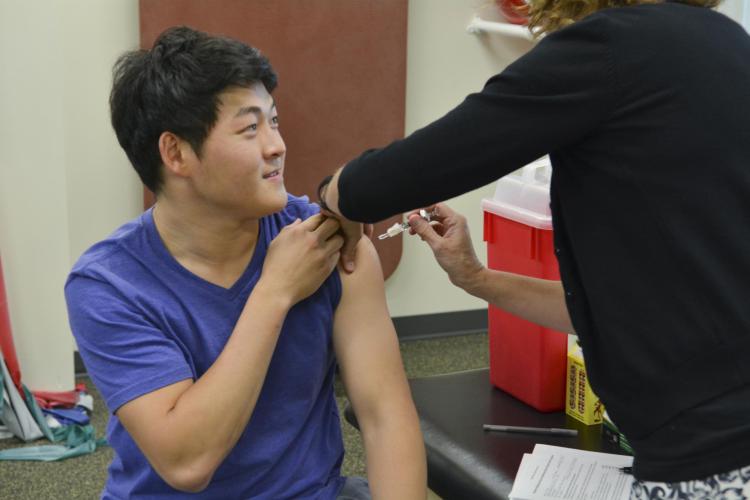 A student gets a flu shot on the CU Boulder campus. A new study reveals how the body attempts to fight flu on its own and why it often loses.

The paper focuses on two key molecular players in the story of influenza infection: a human protein called TRIM25, which was recently discovered to play an important role in the human immune response to flu infection, and a protein called NS1, present in all strains of the influenza A virus and shown to bind TRIM25 to keep it from doing its job.

Previous research had suggested TRIM25 fought off flu by switching on what is known as the “interferon response”—a complex signaling pathway that arms cells through the body to fight off pathogens. But not all strains of influenza block this interferon signaling pathway, which led Meyerson to suspect another mechanism was at play in helping TRIM25 fight flu.

The paper reveals TRIM25 is also a “restriction factor,” a special protein present in the fastest-acting arm of the immune system, before spreading infection occurs.

“Restriction factors lie in wait, and, should a virus be detected in one of your cells, they have immediate destructive ability,” explains co-senior author Sara Sawyer, an associate professor of Molecular, Cellular and Developmental Biology (MCDB) at CU Boulder. 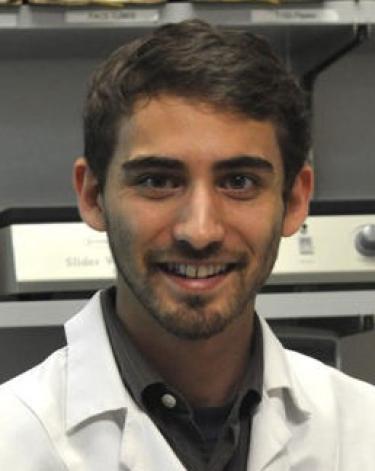 To find out how it crushes influenza, the researchers combined purified TRIM25 with purified viral ribonucleoproteins (vRNPs)— eight-piece protein chains that house the influenza genome—and used state-of-the-art electron microscopy to take pictures of what happened.They found that TRIM25 appears to swiftly recognize the unique structure of vRNPs and clamps down on them to keep them from replicating inside the cell. Other experiments confirmed the NS1 protein in flu virus inhibits this function.

Protests in Iran have sent shockwaves through the country as thousands across the globe have joined in solidarity. Marie Ranjbar explains the history of women-led protests in Iran, what's different this time and what the global community can do to support women's bodily autonomy there. END_OF_DOCUMENT_TOKEN_TO_BE_REPLACED

Ye, the rapper and fashion designer formerly known as Kanye West, made headlines and topped social media feeds in recent weeks for his series of antisemitic comments. Thomas Pegelow Kaplan spoke with CU Boulder Today about what antisemitism means and how it’s perpetuated today. END_OF_DOCUMENT_TOKEN_TO_BE_REPLACED

A new international study conducted at the height of the COVID-19 pandemic shows when people simply take a moment to reflect on the consequences of their behavior, they’re more likely to make choices that benefit public health. END_OF_DOCUMENT_TOKEN_TO_BE_REPLACED
Return to the top of the page