Few people have heard of Hisako Koyama, but the dedicated female solar observer, born in Tokyo in 1916, created one of the most important sunspot records of the past 400 years, according to new research published by the American Geophysical Union. 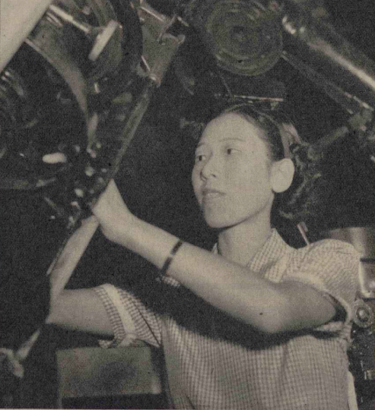 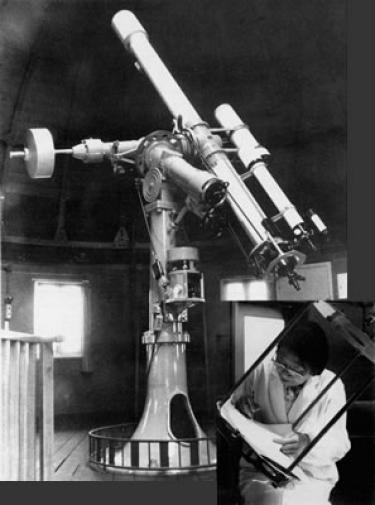 The new study, led by CU Boulder, recounts Koyama’s life finds; she created detailed sunspot drawings for more than 40 years. Solar scientists recently used Koyama’s archive of more than 10,000 drawings to establish a continuous record of sunspot numbers stretching back to 1610. This sunspot reconstruction can help scientists better understand the solar cycle and how solar activity influences events on Earth.

Koyama’s story exemplifies the unheralded role women have played in science in the modern era, according to the study’s authors. Koyama was well-known in amateur astronomy circles for decades, but her contributions were not widely recognized by professional space scientists until several years ago.

Koyama’s observations place her among the top solar observers of the past four centuries, alongside names like Galileo, and make her one of the few women to have created a major solar observational record, according to the new study.

“Women scientists have been contributing in the sciences for a very long time, whether or not the documentation exists to that fact,” said Delores Knipp, a space weather scientist at CU Boulder and lead author of the new study recounting Koyama’s work in Space Weather, a journal of the American Geophysical Union. “This is my first attempt to make sure her record is revealed to a broader community, especially to young women considering science careers.”

Knipp first heard about Koyama two years ago during a presentation by solar scientist Leif Svalgaard, where Svalgaard described the recently completed sunspot reconstruction project and showed a photo of Koyama at her telescope.

“I was astounded; I'd never seen a major observational solar record from a woman,” Knipp said. “It stuck in my mind, and I wondered why I hadn't heard of her.”

Koyama’s story stayed in the back of Knipp’s mind until she saw the 2016 film Hidden Figures, which details the role of three African-American women scientists working at NASA during the space race.

“I was so taken and inspired by that, and even though I had been thinking about it before, the Hidden Figures movie was the thing that pushed me into gear, and I said, ‘I’ve got to know more about this record from Japan,’” Knipp said. “And at that point I really started digging in to find collaborators who could help with the research.”

In the new study, Knipp worked with Huixin Liu, a space scientist at Kyushu University in Fukuoka, Japan, and Hisashi Hayakawa, a historical research fellow at the Japan Society for the Promotion of Science in Tokyo to research Koyama’s work and document her contribution to space science.

I was astounded; I'd never seen a major observational solar record from a woman.”
–Delores Knipp

Koyama was born in 1916 and graduated from a girls’ high school in Tokyo in the 1930s, a rare feat for a woman in Japan during this time. Enthusiastic about astronomy from a young age, Koyama began observing the stars in her 20s. She began observing sunspots in the spring of 1944, using a refracting telescope that was a gift from her father.

Sunspots are temporary dark spots that appear on the surface of the sun, where areas of intense magnetic activity lower the sun’s surface temperature. Sunspots provide a useful measure of the sun’s activity, and scientists continue to track sunspots today. Their numbers vary as the sun goes through its 11-year solar cycle. Solar activity, like solar flares and coronal mass ejections, which can disrupt radar and radio communications when they enter near-Earth space, often occur when more sunspots appear.

Koyama made her first sunspot sketch in 1944 and sent it to scientists at Japan’s Oriental Astronomical Association (OAA). After an encouraging reply from the president of the OAA’s solar section, Issei Yamamoto, Koyama began observing sunspots regularly under Yamamoto’s guidance. By 1946 she was making regular solar observations at Tokyo’s National Museum of Nature and Science, known then as the Tokyo Science Museum. Koyama drew the solar features she observed, noting important features she saw and the conditions in which she was observing.

Later that year, Koyama became a staff observer at the museum. She sketched the largest sunspot of the 20th century in 1947 and witnessed a white-light solar flare while sketching sunspots in 1960.

Sunspots are temporary dark spots that appear on the surface of the sun, where areas of intense magnetic activity lower the sun’s surface temperature (Image courtesy of NASA).

Koyama worked for the museum until she retired in 1981 at the age of 65. She used the same telescope to make drawings for her entire tenure at the museum and continued to use it as a museum fellow even after she retired. She chronicled more than 8,000 sunspot groups in her 1985 data book and made more than 10,000 solar sketches over her lifetime, until her death in 1997.

Amateur astronomers were aware of Koyama’s work but it did not come to the attention of the professional space science community until several years ago.

To better understand the solar cycle, an international group of scientists reconstructed the number of sunspots seen each year since scientists first observed them by telescope in 1610. The researchers searched through original sunspot observations for the past 400 years and discovered Koyama’s work in Japan. They combined her collection of drawings with those of Galileo Galilei, Pierre Gassendi, Johann Caspar Staudacher, Heinrich Schwabe and Rudolf Wolf to establish a continuous sunspot count for the past four centuries.

“Those five names are the giants of sunspot records,” Knipp said. “And her name comes right along with them. So clearly, her records are in a class of great historical scientific records.”

Koyama’s more than 40 years of drawings proved invaluable to the scientists because few solar observations have been collected by the same person, using the same telescope and using the same observation method for such a long time, according to Knipp. Koyama’s records served as one of the official “backbones” of the sunspot reconstruction project, bridging a key gap between records from the early 20th century and those taken during the space age.

Scientists will use the reconstructed sunspot record to better understand how the sun’s magnetic activity changes over time and how those changes affect Earth. Without Koyama’s record, researchers would not have been able to reconstruct the sunspot history with as much confidence, Knipp said.

“Miss Koyama’s observational skills, her persistence, her consistency and her keen eye for solar behavior produced a remarkable record of solar behavior,” she said. Koyama’s drawings have been digitized by staff members of the Tokyo’s National Museum of Nature and Science.

A new NASA report shows that the University of Colorado Boulder is the top university recipient of NASA astrophysics technology grants. END_OF_DOCUMENT_TOKEN_TO_BE_REPLACED

CU Boulder has been selected as a member of the United States Space Command Academic Engagement Enterprise, a new national program designed to expand collaboration and academic exchanges between universities and Space Command. END_OF_DOCUMENT_TOKEN_TO_BE_REPLACED

Since July 2022, a miniature satellite about the size of a shoebox has been orbiting Earth and monitoring how much solar energy reaches the atmosphere, one of the "most important" Earth science measurements. Now, scientists are finalizing their analysis of the first five months of the testing. END_OF_DOCUMENT_TOKEN_TO_BE_REPLACED
Return to the top of the page