A rash of earthquakes in southern Colorado and northern New Mexico recorded between 2008 and 2010 was likely due to fluids pumped deep underground during oil and gas wastewater disposal, says a new CU Boulder study.

The study, which took place in the 2,200-square-mile Raton Basin along the central-Colorado northern New Mexico border, found more than 1,800 earthquakes up to magnitude 4.3 during that period, linking most to wastewater injection well activity. Such wells are used to pump water back in the ground after it has been extracted during the collection of methane gas from subterranean coal beds. 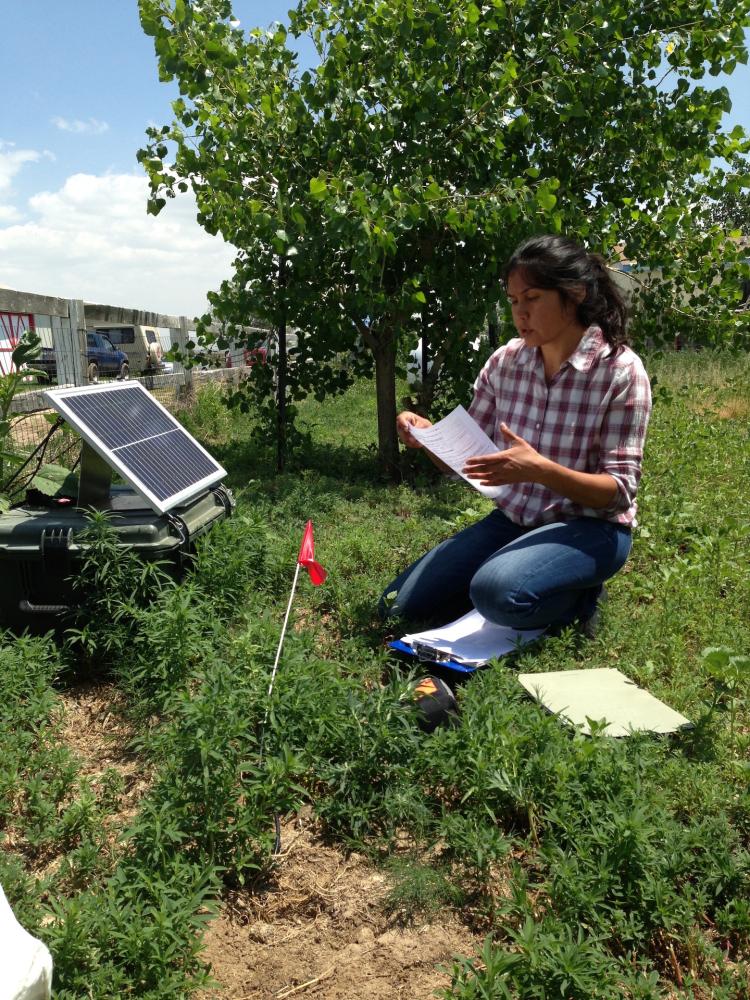 One key piece of the new study was the use of hydrogeological modeling of pore pressure in what is called the “basement rock” of the Raton Basin—rock several miles deep that underlies the oldest stratified layers. Pore pressure is the fluid pressure within rock fractures and rock pores.

“We have shown for the first time a plausible causative mechanism for these earthquakes,” said Nakai of the Department of Geological Sciences. “The spatial patterns of seismicity we observed are reflected in the distribution of wastewater injection and our modeled pore pressure change.”

A paper on the study was published in the Journal of Geophysical Research: Solid Earth. Co-authors on the study include CU Boulder professors Anne Sheehan and Shemin Ge of geological sciences, former CU Boulder doctoral student Matthew Weingarten, now a postdoctoral fellow at Stanford University, and Professor Susan Bilek of the New Mexico Institute of Mining and Technology in Socorro.

The Raton Basin earthquakes between 2008 and 2010 were measured by the seismometers from the EarthScope USArray Transportable Array, a program funded by the National Science Foundation (NSF) to measure earthquakes and map Earth’s interior across the country. The team also used seismic data from the Colorado Rockies Experiment and Seismic Transects (CREST), also funded by NSF.

Nakai said the research team did not look at the relationship between the Raton Basin earthquakes and hydraulic fracturing or fracking.

The new study also showed the number of earthquakes in the Raton Basin that correlate with the cumulative volume of wastewater injected in wells up to about 9 miles away from the individual earthquakes. There are 28 “Class II” wastewater disposal wells—wells that are used to dispose of waste fluids associated with oil and natural gas production—in the Raton Basin and at least 200 million barrels of wastewater have been injected underground there by the oil and gas industry since 1994.

“Basement rock is typically more brittle and fractured than the rock layers above it,” said Sheehan, also a fellow at CU’s Cooperative Institute for Research in Environmental Sciences. “When pore pressure increases in basement rock, it can cause earthquakes.”

There is still a lot to learn about the Raton Basin earthquakes, said the CU Boulder researchers. While the oil and gas industry has monitored seismic activity with seismometers in the Raton Basin for years and mapped some sub-surface faults, such data are not made available to researchers or the public.

The earthquake patterns in the Raton Basin are similar to other U.S. regions that have shown “induced seismicity” likely caused by wastewater injection wells, said Nakai. Previous studies involving CU Boulder showed injection wells likely caused earthquakes near Greeley, Colorado, in Oklahoma and in the mid-continent region of the United States in recent years.

Birds that can live at 14,000 feet and also breed at sea level might have evolved more quickly than previously thought. END_OF_DOCUMENT_TOKEN_TO_BE_REPLACED

Despite the Inflation Reduction Act, U.S. progress on climate change remains stuck in a climate conundrum, CU Boulder experts say, hampered by politics, complexity and the scope of the problem. END_OF_DOCUMENT_TOKEN_TO_BE_REPLACED

A CU Boulder-led study shows that between 1985 and 2019 in Brazil’s Atlantic Forest, deforestation decreased and reforestation increased on lands where Indigenous communities had been able to complete a legal process to receive formal recognition of their ancestral lands. END_OF_DOCUMENT_TOKEN_TO_BE_REPLACED
Return to the top of the page