With escalating tensions between the United States and North Korea threatening the security of the nearby U.S. territory of Guam, CU Boulder Professor Tiara Na'puti testified before a United Nations committee this week calling for its help in hastening decolonization for the beleaguered island. 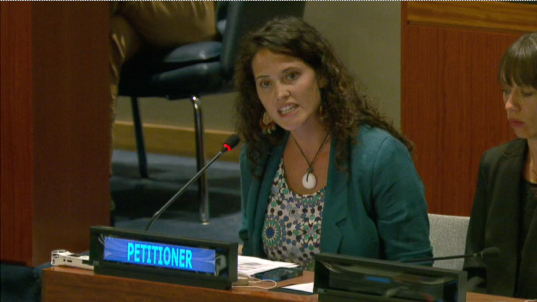 “To be able to make decisions for yourself as a people is an inherent right that everyone should have, and we don’t have it,” said Na’puti, a member of the indigenous Chamorro people of Guam and an assistant professor in the Department of Communication, before her testimony. "The time has come."

Na’puti was one of 17 Chamorro delegates who traveled to New York City Tuesday to testify before the U.N. Special Political and Decolonization Committee (4th Committee). The delegation, including Guam Gov. Eddie Calvo, came to support a strongly worded six-page resolution urging the United Nations to live up to its long-standing goal to eradicate colonialism by 2020.

Fifty-seven years after that target was set, there remain 17 "non-self-governing territories," or colonies, including Guam and the U.S. Virgin Islands. Guam became an unincorporated territory of the United States in 1898 and, aside from a brief occupation by the Japanese during World War II, has remained a critical military post for the United States, with bases taking up roughly one-third of its landmass.

People born on Guam are considered U.S. citizens and have some of the highest military enlistment rates per capita. But they cannot vote for the U.S. president and their congressional representative has limited voting power. Residents must carry a passport and pay international fares when traveling to and from the mainland, and are subject to unique trade policies, like the Jones Act, that make shipping goods there difficult and consumer prices there expensive, says Na’puti.

We are asking the U.N. to use its influence to engage the U.S. in Guam’s decolonization process and condemn the serious, irrevocable damage that the U.S. is planning in the northern part of Guam.”
–Tiara Na’puti

In recent years, escalating U.S. military build-up on the island and concerns about its potential impact on ancient burial grounds, water supplies and local forests have sparked heightened interest in self-determination among the native people of Guam and the thousands of Chamorros who now live in the United States.

“We are asking the U.N. to use its influence to engage the U.S. in Guam’s decolonization process and condemn the serious, irrevocable damage that the U.S. is planning in the northern part of Guam,” says Na’puti.

The resolution calls on the United Nations to put pressure on the United States to “assume its responsibility in allowing the people of Guam to fully exercise their inaliable right to self-determination” by helping the island hold a vote of the people on their future political status.

It also requests that the United Sates “recognize and respect the political rights and the cultural and ethnic identity of the Chamorro people” and “take all measures necessary to protect and conserve the environment against degradation and impact of militarization.”

In her testimony, Na'puti also called on the United Nations to send a delegation to Guam “to immediately address escalating tensions between North Korea and the United States that continue putting the people of Guam in danger, caught in the crosshairs without our own sovereign power to intervene.”

The territory suffered an $11 million loss in tourism revenues due to recent threats to its security, other delegates reported 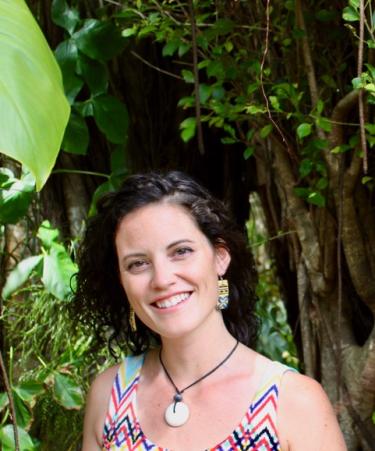 Na’puti, a faculty affiliate with CU’s Center for Native American and Indigenous Studies, was born in the United States but has Chamorro indigenous ancestors on the island dating back generations.

Her political activism on behalf of the Chamorro people started early.

“I remember being asked in elementary school to write a report about a U.S. state. I asked the teacher, ‘Can I write about a U.S. territory?’ I wrote about Guam,” she said. Today, she visits often. “Guam’s struggle has always been my struggle, too.”

She notes that opinions differ as to what Guam’s political status should be (options include full independence, statehood or free association). For now, she says, her key objective is to help get the support of the United Nations and United States in holding a vote of the people there.

“I was humbled and empowered to join an unprecedented number of Chamorro petitioners speaking at the 4th Committee meeting on the Question of Guam this year,” she said after giving her testimony. “Collectively, we were able to give stronger voice to a variety of issues that threaten our decolonization. I am hopeful.” 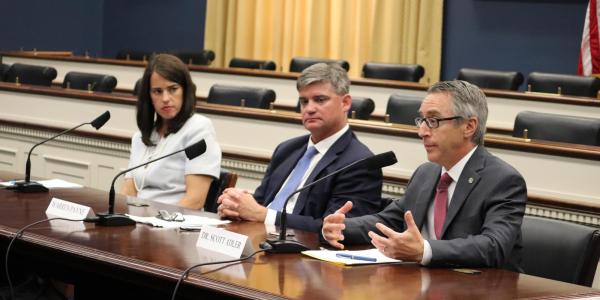 Graduate School Dean Scott Adler, a political scientist and scholar on the structure and performance of Congress, testified on July 20 before the House Select Committee on the modernization of Congress. END_OF_DOCUMENT_TOKEN_TO_BE_REPLACED 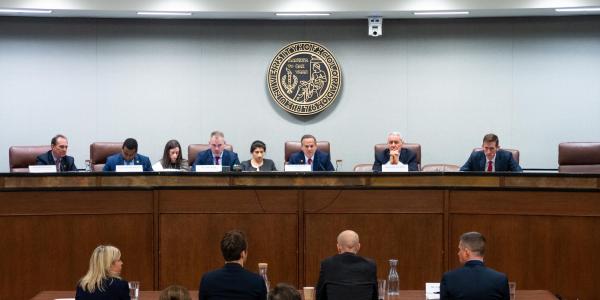 Executives from four companies feeling hamstrung by big tech aired their grievances in front of members of Congress at CU Boulder. END_OF_DOCUMENT_TOKEN_TO_BE_REPLACED 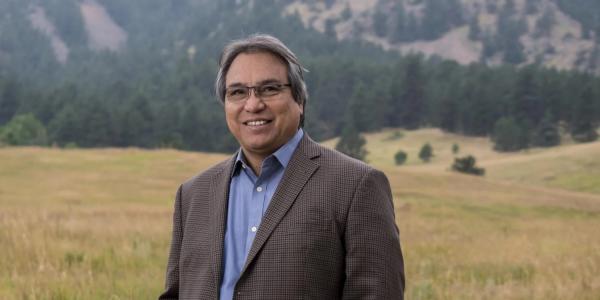 S. James Anaya appointed by Biden to education sciences board

On Oct. 27, the White House announced President Joe Biden's intent to appoint Colorado Law School Professor S. James Anaya to the National Board of Education Sciences. END_OF_DOCUMENT_TOKEN_TO_BE_REPLACED
Return to the top of the page