CU Boulder has joined forces with universities and space agencies from around the world in an international effort to design and build small satellites as a way to train future scientists and engineers. 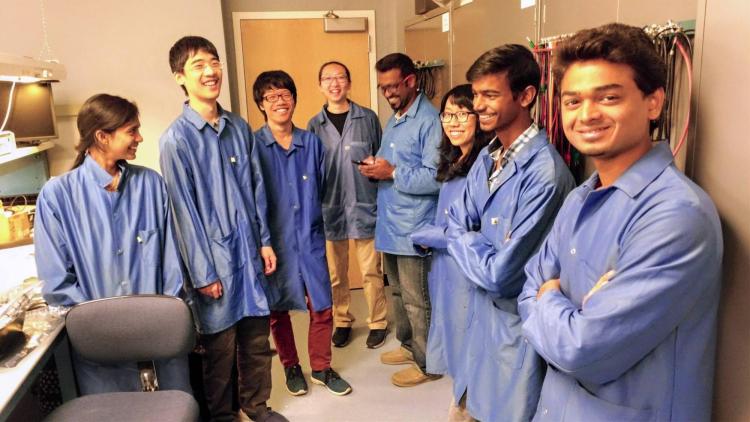 The project, known as the International Satellite Program in Research and Education (INSPIRE), so far involves seven nations— the U.S., France, Taiwan, Japan, India, Singapore and Oman—says Project Manager Amal Chandran of CU Boulder’s Laboratory for Atmospheric and Space Physics (LASP), who is leading the effort.

The aim of INSPIRE is to establish a long-term academic program for developing a constellation of small satellites and a global network of ground stations, Chandran explains.

“We are training students to build flight hardware, conduct mission operations and analyze scientific data,” he says. “We see INSPIRE as a path for science and engineering students at participating institutions across the world to earn PhDs while working on multi-year space missions.”

The INSPIRE leadership also is developing a three-year course curriculum on spacecraft design and space systems engineering, as well as a Master of Science degree in space technology, sciences, entrepreneurship, policy and law, Chandran says.

A recent INSPIRE meeting at LASP followed the kickoff meeting held last year in Taiwan, which resulted in a project to design and build a small “CubeSat” satellite to study the ionosphere—an electrically charged region in the upper atmosphere that can influence space weather.

The satellite and instrument consist of a series of three connected, cube-shaped objects—each about the size of a Rubik’s Cube and which together weigh about 8 pounds—built jointly by LASP, the Indian Institute of Space Science and Technology and the National Central University in Taiwan. The instrument is slated to launch as a secondary payload on an Indian Space Research Organization launch vehicle in 2019. LASP is building the spacecraft to house the instrument package.

CU Boulder has been selected as a member of the United States Space Command Academic Engagement Enterprise, a new national program designed to expand collaboration and academic exchanges between universities and Space Command. END_OF_DOCUMENT_TOKEN_TO_BE_REPLACED

Since July 2022, a miniature satellite about the size of a shoebox has been orbiting Earth and monitoring how much solar energy reaches the atmosphere, one of the "most important" Earth science measurements. Now, scientists are finalizing their analysis of the first five months of the testing. END_OF_DOCUMENT_TOKEN_TO_BE_REPLACED

The historic spacecraft soon hit Earth's atmosphere flying at speeds of almost 25,000 mph. CU Boulder aerospace engineer Iain Boyd breaks down what will happen to the capsule, and how NASA will keep it safe on reentry. END_OF_DOCUMENT_TOKEN_TO_BE_REPLACED
Return to the top of the page