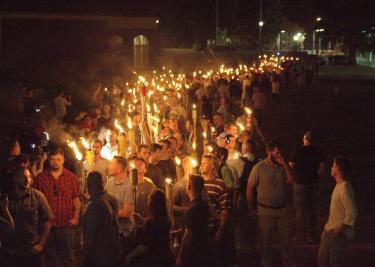 CU Boulder doctoral student Kevan Feshami of the College of Media, Communication and Information can talk about the white nationalist movement and the white genocide conspiracy theory, including its history going back to the 19th century in Europe. He also can talk about the evolution of the white nationalist movement in the age of digital media, including material being shared on reading forums, websites, blogs and social media accounts like the Daily Stormer, an American neo-Nazi and white supremacist news and commentary website. Feshami can be reached at kevan.feshami@colorado.edu.

CU Boulder Assistant Professor Benjamin Teitelbaum, an affiliate of the International Affairs Program, can talk about white nationalism and right-wing extremism. He authored an op-ed piece in Monday’s Wall Street Journal on what he calls the waning respectability of white nationalists. Teitelbaum can be reached at benjamin.teitelbaum@colorado.edu.

For further assistance, contact Jim Scott in the CU Boulder media relations office at jim.scott@colorado.edu or 303-492-3114.