Staff in Focus: For landscape architect, campus is her canvas

It may be summer, but CU Boulder grounds crews are working hard to make campus a welcoming place for students returning for the fall semester.

“This is home for 30,000 students,” she said. “I’m always looking at places where I can improve the student experience. When mom and dad walk the campus with their child and see how the campus is cared for and loved, they know they can feel good about leaving their child here for four years.”

Growing up in Boulder, the CU campus was a playground for Reilly. With a father who is an architect, Reilly was surrounded by architecture and design. He received his undergraduate architectural degree from CU, and she would sometimes accompany him to campus while he studied.

Family vacations always included visits to architectural sites. A trip to California, for example, meant seeing the Art Deco buildings in Los Angeles before they could go to Disneyland. With architecture and design part of her DNA, it’s no surprise Reilly studied architecture at CU. During the summer, she interned at local architectural firms. A defining moment for Reilly occurred while she worked on a project with a landscape architect.

“I just knew that was where I wanted to be,” she said. “The pull toward landscape architecture was the ability to create an exterior space that augments the architecture.”

Reilly, who has a bachelor’s in environmental design from CU, has been the campus landscape architect since 2006. For responsibilities that include “everything outside,” Reilly’s touch is felt throughout Main Campus, East Campus and Williams Village, from large capital projects to small pocket gardens tucked into nooks and crannies.

“Anything that touches the campus landscape comes across my desk,” she said. “I’m a steward for the campus. One of the best parts of my job is that I have a lot of freedom to improve spaces.”

Take the Norlin Sundial Plaza, for example. Under Reilly’s direction, it was transformed from a “hot, concrete slab” into an aesthetically pleasing space with the addition of a water feature and outdoor café seating, enhancing the memorial sundial that was already in place.

“That was one of my best successes, because now it’s always packed with students—summer and winter,” she said.

A space that has become one of her favorites is the small terrace west of McKenna Language Building. It was one of the first women’s dormitories on campus, and Reilly’s grandmother lived there as a student. The outside area was already lovely, but Reilly’s light touch made a subtle impact with the addition of a low wall, trimming foliage and extending the terrace that overlooks Varsity Lake. Benches invite passersby to linger. After seeing an old photo of water lilies growing at Varsity Lake, Reilly was inspired to reintroduce the flowering aquatic plant.

“The goal there was to do it in such a way that somebody would say, ‘Isn’t this lovely,’ and not really know that I’ve been there,” she said.

One of the challenges in maintaining the landscape is the impact of thousands of feet walking across campus every day. People tend to take the most direct route. It happened with the Center for Community, or C4C, which changed traffic patterns all over campus. When shortcuts are taken across the turf, dirt trails develop. Reilly said that when shortcuts appear, they look at the use of the space where people are going. The dirt path that formed by the Benson Earth Sciences Building was one her team decided could be formalized as a sidewalk.

When a rutted path developed in the small field west of Benson, people stopped using the green space for recreation due to increased foot traffic bisecting the area. Reilly changed the pedestrian flow by extending a railing just enough to stop people from cutting through, allowing the space to return to a student green space.

“It’s a psychological study of what people do,” she said. “It’s a balance. We’re trying to balance the traffic with what the space use should be.”

The lush, verdant landscape has earned CU Boulder recognition as one of the most beautiful college campuses in the nation. Reilly readily gives much-deserved credit to the crews of the Department of Outdoor Services, who maintain the campus grounds.

“The campus is beautiful because they are amazing,” Reilly said. “They get the credit.” 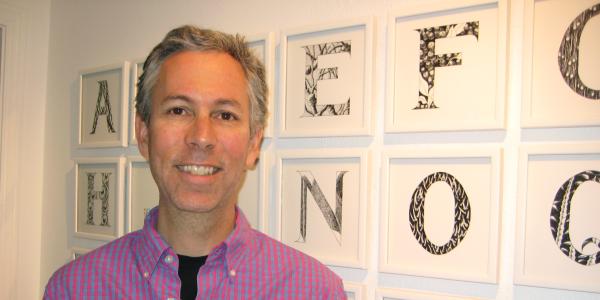 Helping students where they are: Get to know Michael Shernick

He's a two-time Marinus Smith Award winner who holds a master's degree in architecture, has been called an academic concierge and met his wife on an errand. Learn more about Michael Shernick's corner of campus. END_OF_DOCUMENT_TOKEN_TO_BE_REPLACED 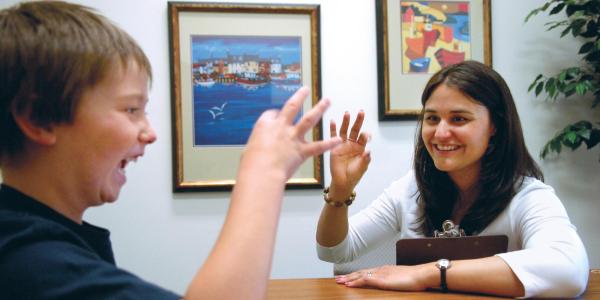 The director of the Attention, Behavior and Learning Clinic is this year's recipient of the staff award that honors exemplary outreach and engagement work. END_OF_DOCUMENT_TOKEN_TO_BE_REPLACED 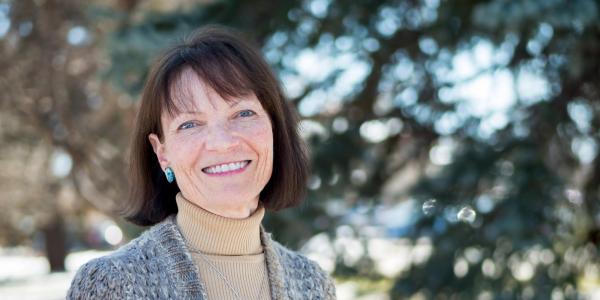 Senior Strategic Advisor and former Vice Chancellor for Strategic Relations and Communications Frances Draper announced she will retire from CU Boulder at the end of March. END_OF_DOCUMENT_TOKEN_TO_BE_REPLACED
Return to the top of the page