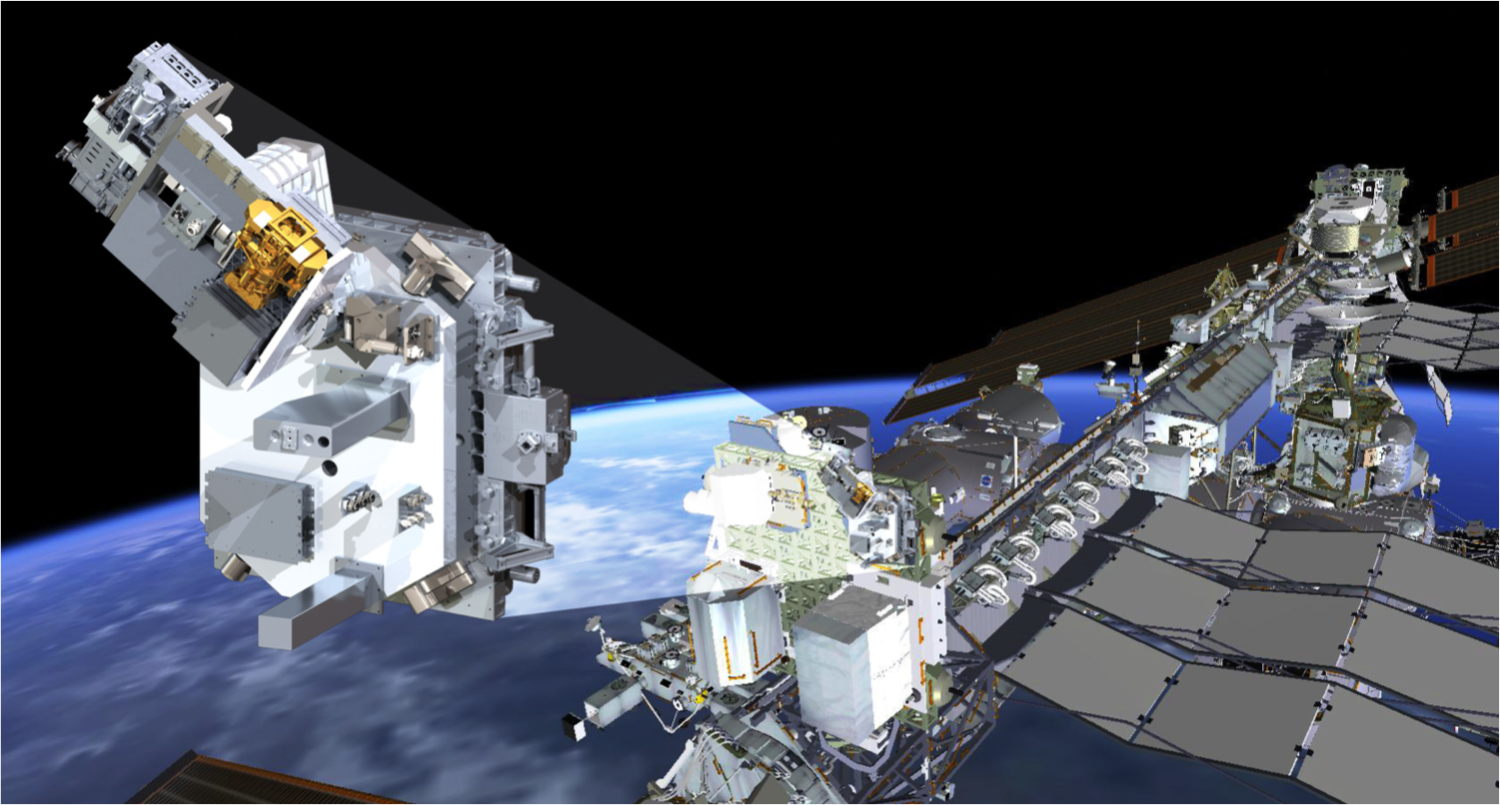 A solar instrument package designed and built by CU Boulder and considered a key tool to help monitor the planet’s climate has arrived at NASA’s Kennedy Space Center in Florida for a targeted November launch.

The instrument suite is called the Total and Spectral Solar Irradiance Sensor (TSIS-1) and was designed and built by CU Boulder's Laboratory for Atmospheric and Space Physics (LASP) for NASA’s Goddard Space Flight Center in Greenbelt, Maryland. The contract value to LASP is $90 million and includes the instrument suite and an associated mission ground system.

TSIS-1 will launch on a commercial SpaceX Falcon 9 rocket in a Dragon capsule for delivery to the International Space Station (ISS). From there it will monitor the total amount of sunlight hitting Earth, as well as how the light is distributed among the ultraviolet, visible and infrared wavelengths.

“We need to measure both because both affect Earth’s climate,” said Dong Wu, the TSIS-1 project scientist at NASA Goddard.

“These measurements are vital for understanding the climate system because the sun is the source of virtually all of Earth’s energy,” said Pilewskie, also a faculty member in the Department of Atmospheric and Oceanic Sciences. “How the atmosphere responds to subtle changes in the sun’s output helps us distinguish between natural and human influences on climate.”

Overall satellite measurements of the sun from space have shown that changes in its radiation over time – during periods of both high and low solar activity – is only about 0.1 percent. While scientists believe changes in solar output cannot explain Earth’s recent warming, a longer dataset could reveal greater swings in solar radiation.

TSIS consists of two instruments, including the Total Irradiance Monitor (TIM), which measures the total light coming from the sun at all wavelengths, said Pilewskie. The second LASP instrument, the Spectral Irradiance Monitor (SIM), will measure how the light from the sun is distributed by wavelength and absorbed by different parts of the planet’s atmosphere and surface.

One reason the SIM instrument is important is because measurements of the sun’s UV radiation are critical to understanding the condition of Earth’s protective ozone layer.

The TSIS instrument suite will be operated remotely from the LASP Space Technology Building at CU Boulder's Research Park.

The project involved about 30 scientists and engineers at LASP during its peak, as well as 10 additional support personnel from Colorado and about 10 more from outside of Colorado, said TSIS-1 Project Manager Brian Boyle of LASP. The mission, slated to run at least five years, also has involved about 15 to 20 CU Boulder undergraduate and graduate students to date.

LASP has made solar radiation measurements from orbit on seven missions since 1975, including the $100 million SORCE satellite designed, built and controlled from campus.

CU Boulder has been selected as a member of the United States Space Command Academic Engagement Enterprise, a new national program designed to expand collaboration and academic exchanges between universities and Space Command. END_OF_DOCUMENT_TOKEN_TO_BE_REPLACED

Since July 2022, a miniature satellite about the size of a shoebox has been orbiting Earth and monitoring how much solar energy reaches the atmosphere, one of the "most important" Earth science measurements. Now, scientists are finalizing their analysis of the first five months of the testing. END_OF_DOCUMENT_TOKEN_TO_BE_REPLACED

The historic spacecraft soon hit Earth's atmosphere flying at speeds of almost 25,000 mph. CU Boulder aerospace engineer Iain Boyd breaks down what will happen to the capsule, and how NASA will keep it safe on reentry. END_OF_DOCUMENT_TOKEN_TO_BE_REPLACED
Return to the top of the page