Men and women both report greater marital satisfaction with younger spouses, but that satisfaction fades over time in marriages with a significant age gap between the partners, new CU Boulder research finds.

The findings, which examined 13 years’ worth of longitudinal data from thousands of Australian households, also suggest that marriages with large age gaps are less resilient in the face of economic downturns relative to their similarly-aged counterparts.

The study was recently published online in the Journal of Population Economics.

Perhaps unsurprisingly, the findings show that men reported greater marital satisfaction when paired with a younger spouse, especially in the early years of marriage. But the reverse appears to be true as well.

That initial satisfaction erodes rapidly, however, after 6 to 10 years of marriage for the couples with a big age gap between the partners.

“Over time, the people who are married to a much older or younger spouse tend to have larger declines in marital satisfaction over time compared to those who are married to spouses who are similar in age,” said McKinnish, who is also a research associate at the Institute of Labor Economics (IZA) in Germany.

One mechanism for this decline could be how the age difference between spouses affects the couple's ability to respond to negative economic shocks, such as a job loss, McKinnish said.

“We looked at how couples respond to negative shocks and in particular, if they have a major bad economic shock or worsening of their household finances,” she said. “We find that when couples have a large age difference, that they tend to have a much larger decline in marital satisfaction when faced with an economic shock than couples that have a very small age difference.”

A possible explanation for this, McKinnish said, is that similarly-aged couples are more in sync on life decisions that affect both partners (having children; general spending habits) and thus may be better equipped to adjust to a negative financial shock. By contrast, an unexpected financial shakeup could expose underlying tensions and mismatches in couples with a larger age gap.

The findings are based on data from the Household, Income and Labor Dynamics in Australia (HILDA) survey, a longitudinal study that began in 2001. The nationally representative sample was initially comprised of 7,682 households containing 19,914 individuals and participants are re-surveyed every year with questions that measure various aspects of life satisfaction.

Wang-Sheng Lee, a professor of economics at Deakin University in Australia and a research associate at IZA, co-authored the research. 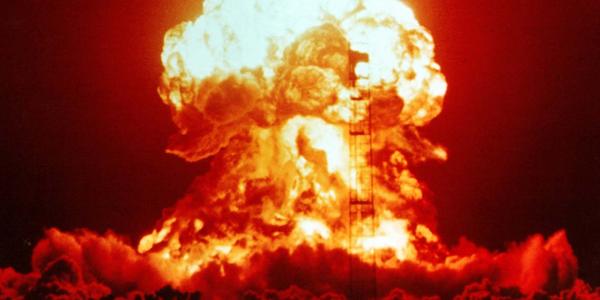 Even a relatively small nuclear conflict would decimate crop production and result in widespread starvation, according to new research from an international team of scientists. END_OF_DOCUMENT_TOKEN_TO_BE_REPLACED

"Don’t pressure your doctor for an antibiotic unless there's evidence that you need one," says Corrie Detweiler in this Q&A on the threats of antibiotic-resistance pathogens. END_OF_DOCUMENT_TOKEN_TO_BE_REPLACED

Between 1898 and 1969, 62 nuns were buried in a historic cemetery in southwest Denver. This summer, Lauren Hosek is helping to move the remains to a new resting place. END_OF_DOCUMENT_TOKEN_TO_BE_REPLACED
Return to the top of the page