When an infectious airborne illness strikes, some hospitals use negative pressure rooms to isolate and treat patients. These rooms use ventilation controls to keep germ-filled air contained rather than letting it circulate throughout the hospital. But, in the event of an epidemic, these rooms can quickly fill up.

Now, a team at CU Boulder has found a simple, cost-effective way for medical facilities to expand this technique to better prepare for disease outbreaks. By sealing off a whole hospital wing and adjusting the existing ventilation system, hospitals can dramatically increase their capacity to contain and treat large numbers of patients with airborne illnesses.

The study was recently published in the American Journal of Infection Control.

“You can apply engineering approaches to reduce exposure to all sorts of air pollution,” said lead author Shelly Miller, a professor in CU Boulder’s Department of Mechanical Engineering and lead author of the new research. “I’ve been working quite a bit on how we keep infectious diseases from spreading throughout buildings and communities.”

When faced with the possibility of having to admit many infected patients at once, hospitals have traditionally purchased ventilation-controlled tents, which can cost millions of dollars. However, community hospitals often do not have the budget for such measures, forcing patients to travel to larger regional hospitals. 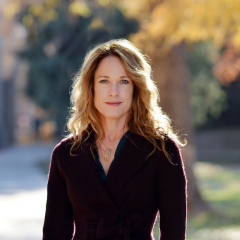 Miller and her collaborators thought they might be able to solve this problem by applying Miller’s expertise in air pollution engineering controls. The researchers found a hospital in the San Francisco area with an existing plan for using a ward to control disease spread and motivated staff members interested in testing the plan.

Miller’s team sealed off a 30-bed wing and set up a separate buffer room inside its fire doors, ensuring that the ward remained isolated from the rest of the hospital. Next, they reduced the supply of air to the ward by 60 percent and pumped out air inside the ward at the ventilation system’s maximum capacity. Because air was being sucked out faster than it was being brought in, the ward became negatively pressurized compared the rest of the hospital.

For the next 24 hours, the scientists monitored air pressure sensors located at the entrances and inside the ward while the area continued its usual operation, with staff and patients periodically entering and exiting.

Throughout the entire 24-hour period, the ward stayed at a negative pressure. When doctors, staff and patients opened the doors to the ward, air rushed inside but—crucially—no air escaped into the rest of the hospital.

However, within the ward, it was hard to keep the patient rooms at a greater negative pressure than the hallways and offices. Miller said this means hospital staff would still have to wear protective equipment during a disease outbreak. Still, she considers the results promising.

“I think it could be pretty straightforward, and done pretty quickly, for a lot less than it takes to purchase these huge tents,” said Miller.

Most hospitals already have plans for what to do during disease outbreaks. Now, they can incorporate negative pressure wards into these plans, too. Miller said it would just take some extra planning on the part of hospital staff and engineers. This would enable even small community hospitals to be ready for rapidly spreading airborne illnesses.

“I hope the impact of my research will be to improve the understanding of controlling airborne infections, and making sure we can keep people healthier,” said Miller. “That’s the real goal of my work. Airborne pollution causes people to get sick and die—how do we stop that?”

A new genetic analysis, using data from hundreds of thousands of people, sheds light on why more than half of people diagnosed with one psychiatric disorder will be diagnosed with a second or third in their lifetime. END_OF_DOCUMENT_TOKEN_TO_BE_REPLACED

In the wake of this week's leak about a private Supreme Court vote to strike down Roe v. Wade, CU Boulder sociologist Amanda Stevenson discusses how such a ruling could impact women's mortality and the way they live their lives. END_OF_DOCUMENT_TOKEN_TO_BE_REPLACED
Return to the top of the page