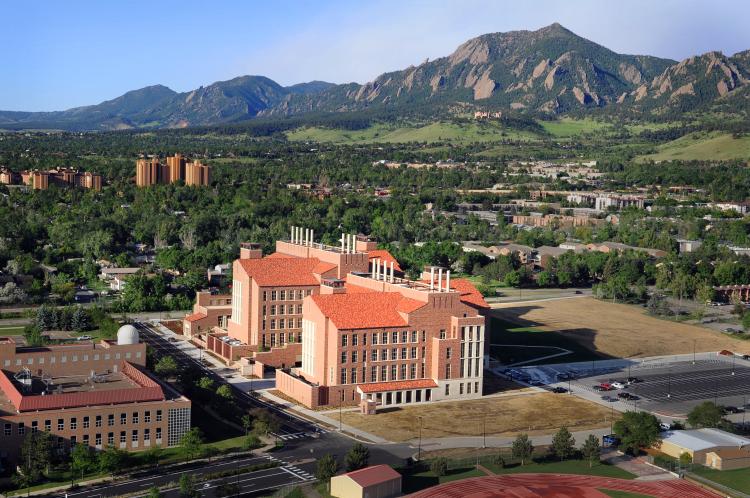 Taking a well-researched, high impact idea to market can be a challenge. But thanks to grants provided by the state of Colorado’s Advanced Industry Accelerator (AIA) programs, some 21 businesses have been spun from CU Boulder.

The four-campus CU system’s flagship campus has received 17 awards in seven disciplinary areas for a total of $2.5 million over the past three years under the AIA program.

Bryn Rees, director of the Technology Transfer Office at CU Boulder, said that a significant percentage of projects that received AIA grant funding became actual viable businesses. Of the 21 businesses that developed, 20 are still in operation. All of them are Colorado-based.

Rees said that products and companies that come from research funded by the AIA create well-paid and highly skilled jobs, bring investment capital into Colorado and the researchers give lessons on their work in elementary and high schools.

Rees cited a project spearheaded by CU Boulder professors Bob Garcea, Ted Randolph and Al Weimer as one example of a project with the potential to positively impact humanity around the world. The research trio has created a vaccine that does not need to be refrigerated and only requires one dose. This has implications for better disease treatment in the developing world. Their start-up is called VitriVax, located in Boulder, and was founded in 2014.

Another CU Boulder-affiliated company that won a grant through this program in the 2016 fiscal year was Click Nucleic Acids Inc, a spinoff that originated in Professor Christopher Bowman’s research group. The company creates artificial nucleic acids that have promise to help with chemotherapy drug delivery in the body and decrease drug resistance.

Professor Hubert Yin of the Chemistry and Biochemistry Department has also been a recipient of funding from the AIA program for new therapeutics and cancer diagnostics. Garcea and Yin are both research faculty members at the BioFrontiers Institute.

“I feel that the CO AIA is a godsend,” said Yin. “Without CO AIA supports, it would have been impossible for my research lab to successfully land a few highly productive industrial partnerships.”

Like the other major research institutions in the state—such as Colorado State University and the Colorado School of Mines—CU Boulder gets an annual pre-allocation of funds totaling roughly $1 million per year. These funds are dispersed among researchers who fit under the advanced industry umbrella and can demonstrate how their technology can eventually be commercialized.

“The pre-allocation is the recognition of the quality of research,” said Rees. “The state sees that as a good investment.”

CU Boulder is allowed this pre-allocation because of its top-notch reputation as the Rocky Mountain region’s only AAU Tier-1 research university. In 2015, Forbes Magazine deemed CU Boulder as the 18th-most entrepreneurial university, showing that CU Boulder is a reliable place for finding new investments.

CU Boulder technology spin-offs have received nearly $2.9 billion in financing as of 2017.

For more information on how CU Boulder may help companies achieve their goals, visit the Technology Transfer Office website.