Editor’s note: The SpaceX Falcon 9 rocket scheduled to launch today from Florida was delayed due to weather conditions. The launch occured on Saturday, June 3.

A SpaceX rocket was slated to launch two University of Colorado Boulder-built payloads to the International Space Station (ISS) from Florida on Thursday, including one to look at changes in cardiovascular stem cells in microgravity that may someday help combat heart disease on Earth. 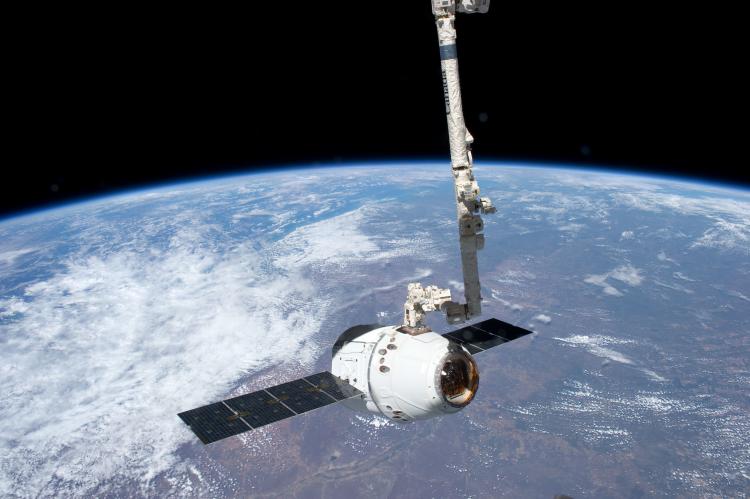 The second payload will be used for rodent studies testing a novel treatment for bone loss in space, which has been documented in both astronauts and mice. The two payloads were developed by BioServe Space Technologies, a research center within the Ann and H.J Smead Department of Aerospace Engineering,

“We have a solid relationship with SpaceX and NASA that allows us to regularly fly our flight hardware to the International Space Station,” said BioServe Director Louis Stodieck. “The low gravity of space provides a unique environment for biomedical experiments that cannot be reproduced on Earth, and our faculty, staff and students are very experienced in designing and building custom payloads for our academic, commercial and government partners.”

The experiments will be launched on a SpaceX Falcon 9 rocket from Cape Canaveral, Florida, and carried to the ISS on the company’s Dragon spacecraft. The SpaceX-CRS-11 mission launching Thursday marks BioServe’s 55th mission to space.

The cardiovascular cell experiments, designed by Associate Professor Mary Kearns-Jonker of the Loma Linda University School of Medicine in Loma Linda, California, will investigate how low gravity affects stem cells, including physical and molecular changes. While spaceflight is known to affect cardiac cell structure and function, the biological basis for such impacts is not clearly understood, said BioServe Associate director Stefanie Countryman.

As part of the study, the researchers will be comparing changes in heart muscle stem cells in space with similar cells simultaneously cultured on Earth, said Countryman. Researchers are hopeful the findings could help lead to stem cell therapies to repair damaged cardiac tissue. The findings also could confirm suspicions by scientists that microgravity speeds up the aging process, Countryman said.

For the heart cell experiments, BioServe is providing high-tech, cell-culture hardware known as BioCells that will be loaded into shoebox-sized habitats on ISS. The experiments will be housed in BioServe’s Space Automated Bioproduct Lab (SABL), a newly updated “smart” incubator that will reduce the time astronauts spend manipulating the experiments.

The second experiment, created by Dr. Chia Soo of the UCLA School of Medicine, will test a new drug designed to not only block loss of bone but also to rebuild it.

The mice will ride in a NASA habitat designed for spaceflight to the ISS. Once on board, some mice will undergo injections with the new drug while others will be given a placebo. At the end of the experiments half of the mice will be returned to Earth in SpaceX’s Dragon spacecraft and transported to UCLA for further study, said Stodieck, a scientific co-investigator on the experiment. 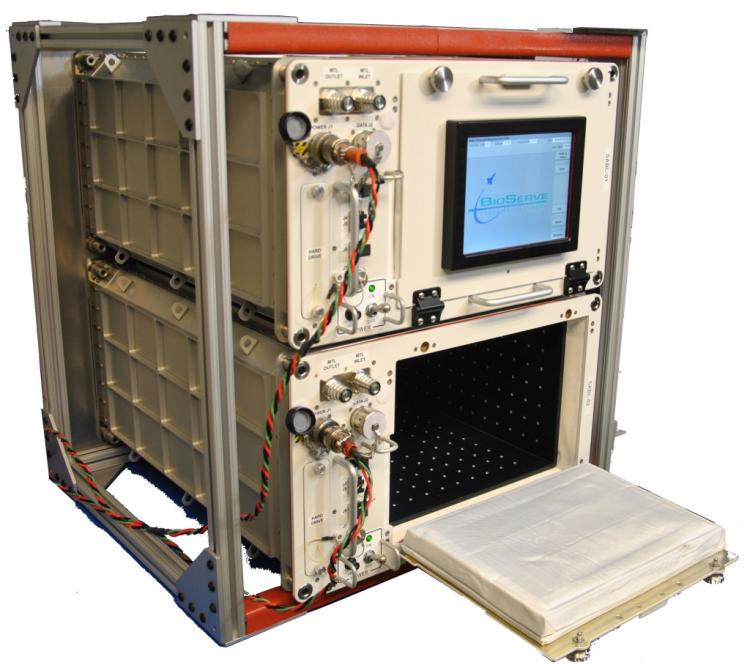 In addition to the two science experiments, BioServe is launching its third SABL unit to the ISS. Two SABL units are currently onboard ISS supporting multiple research experiments, including three previous stem cell experiments conducted by BioServe in collaboration with Stanford University, the Mayo Clinic and the University of Minnesota.

“The addition of the third SABL unit will expand BioServe’s capabilities in an era of high-volume science on board the ISS,” said Countryman.

BioServe researchers and students have flown hardware and experiments on missions aboard NASA space shuttles, the ISS and on Russian and Japanese government cargo rockets. BioServe previously has flown payloads on commercial cargo rockets developed by both SpaceX, headquartered in Hawthorne, California, and Orbital ATK, Inc. headquartered in Dulles, Virginia.

Since it was founded by NASA in 1987, BioServe has partnered with more than 100 companies and performed dozens of NASA-sponsored investigations. Its partners include large and small pharmaceutical and biotechnology companies, universities and NASA-funded researchers, and investigations sponsored by the Center for the Advancement of Science in Space, which manages the ISS U.S. National Laboratory. CU-Boulder students are involved in all aspects of BioServe research efforts, said Stodieck.

A new NASA report shows that the University of Colorado Boulder is the top university recipient of NASA astrophysics technology grants. END_OF_DOCUMENT_TOKEN_TO_BE_REPLACED

CU Boulder has been selected as a member of the United States Space Command Academic Engagement Enterprise, a new national program designed to expand collaboration and academic exchanges between universities and Space Command. END_OF_DOCUMENT_TOKEN_TO_BE_REPLACED

Since July 2022, a miniature satellite about the size of a shoebox has been orbiting Earth and monitoring how much solar energy reaches the atmosphere, one of the "most important" Earth science measurements. Now, scientists are finalizing their analysis of the first five months of the testing. END_OF_DOCUMENT_TOKEN_TO_BE_REPLACED
Return to the top of the page