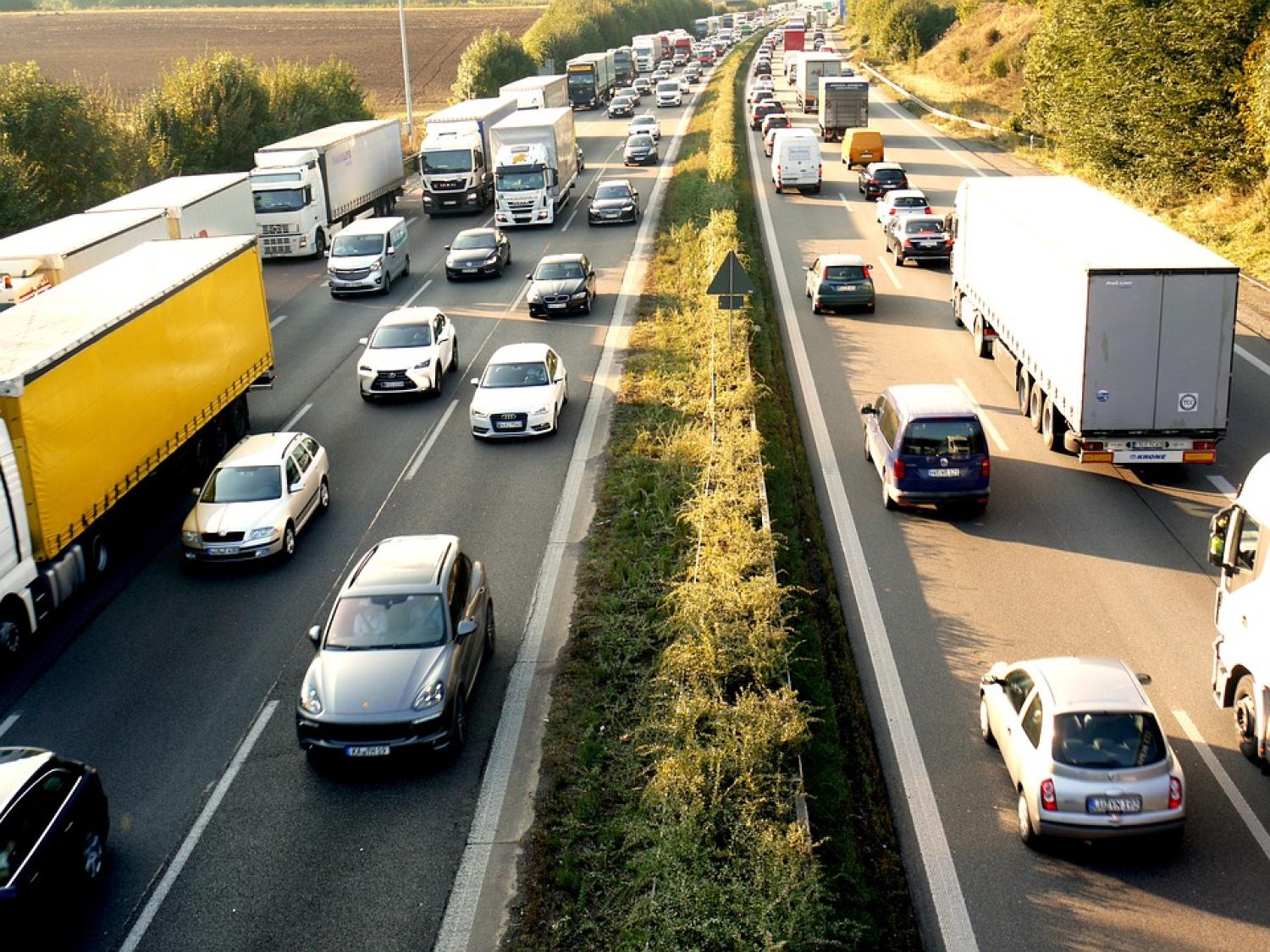 The study, published today in Nature, shows these excess emissions alone lead to 38,000 premature deaths annually worldwide, including 1,100 deaths in the United States.The findings reveal major inconsistencies between what vehicles emit during testing and what they emit in the real world—a problem that’s far more severe, said the researchers, than the incident in 2015, when federal regulators discovered Volkswagen had been fitting millions of new diesel cars with “defeat devices.”

The devices sense when a vehicle is undergoing testing and reduce emissions to comply with government standards. Excess emissions from defeat devices have been linked to about 50 to 100 U.S. deaths per year, studies show.

“A lot of attention has been paid to defeat devices, but our work emphasizes the existence of a much larger problem,” said Daven Henze, an associate professor of mechanical engineering at CU Boulder who, along with postdoctoral researcher Forrest Lacey, contributed to the study. “It shows that in addition to tightening emissions standards, we need to be attaining the standards that already exist in real-world driving conditions.” 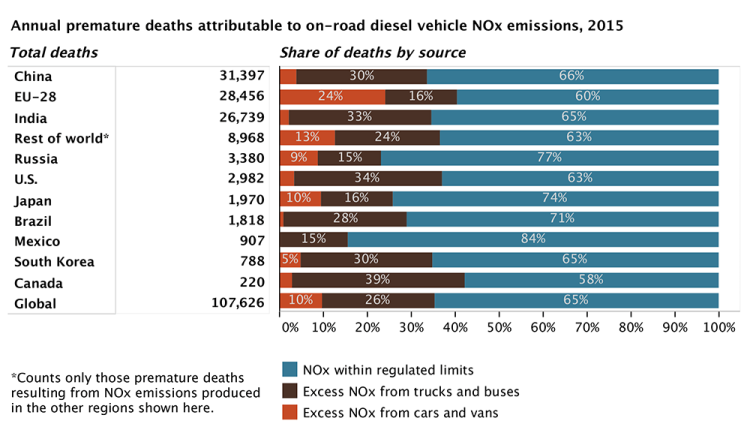 The research was conducted in partnership with the International Council on Clean Transportation, a Washington, D.C.-based nonprofit organization, and Environmental Health Analytics LLC.

They found that in 2015, diesel vehicles emitted 13.1 million tons of NOx, a chemical precursor to particulate matter and ozone. Exposure in humans can lead to heart disease, stroke, lung cancer and other health problems. Had the emissions met standards, the vehicles would have emitted closer to 8.6 million tons of NOx.

Heavy-duty vehicles, such as commercial trucks and buses, were by far the largest contributor worldwide, accounting for 76 percent of the total excess NOx emissions.

Henze used computer modeling and NASA satellite data to simulate how particulate matter and ozone levels are, and will be, impacted by excess NOx levels in specific locations. The team then computed the impacts on health, crops and climate. 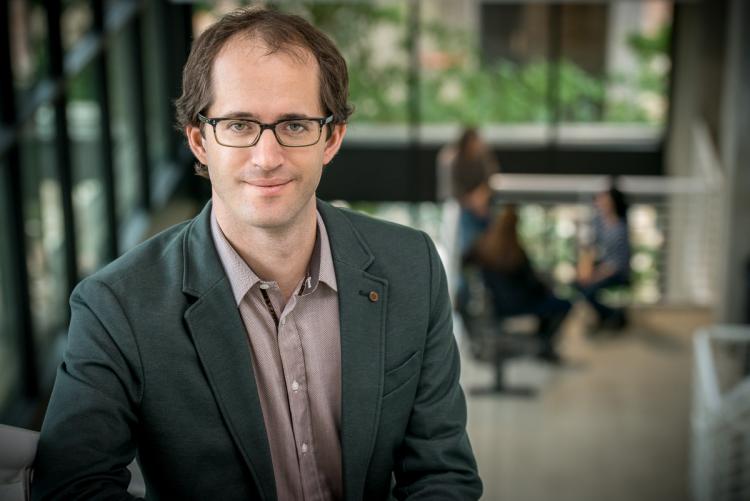 The study projects that by 2040, 183,600 people will die prematurely each year due to diesel vehicle NOx emissions unless governments act.

The authors say emission certification tests, both prior to sale and by vehicle owners, could be more accurate if they were to simulate a broader variety of speeds, driving styles and ambient temperatures. Some European countries now use portable testing devices that track emissions of a car in motion.

The study acknowledges that both the United States and European Union have developed far more stringent policies in recent years to address diesel NOx emissions, leading to significant declines. Broader adoption of such tight standards globally could also have a significant impact in improving public health, they said.

The Cooperative Institute for Research in Environmental Sciences at CU Boulder will continue to support the National Oceanic and Atmospheric Administration's Earth system and data science research under a new agreement. END_OF_DOCUMENT_TOKEN_TO_BE_REPLACED

The gut microbiomes of long-dead animals could give researchers surprising insights into how climate change and other factors have shaped the Rocky Mountains over decades. END_OF_DOCUMENT_TOKEN_TO_BE_REPLACED

The Greenland Place Name Committee has named a glacier “Sermeq Konrad Steffen” after the late Konrad Steffen, former director of CIRES, who made exceptional contributions to Greenlandic society and science. END_OF_DOCUMENT_TOKEN_TO_BE_REPLACED
Return to the top of the page