When love hurts, a placebo can help

Feeling heartbroken from a recent breakup? Just believing you’re doing something to help yourself get over your ex can influence brain regions associated with emotional regulation and lessen the perception of pain. 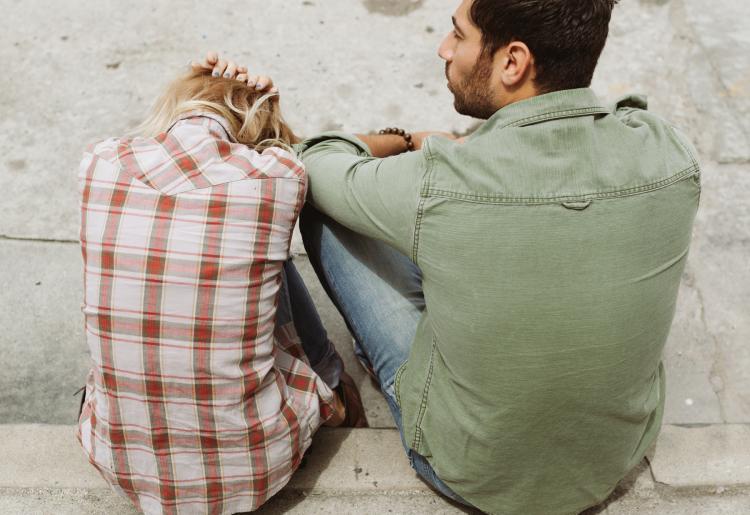 That’s the takeaway from a new CU Boulder study that measured the neurological and behavioral impacts the placebo effect had on a group of recently broken-hearted volunteers.

“Breaking up with a partner is one of the most emotionally negative experiences a person can have, and it can be an important trigger for developing psychological problems,” said first author and postdoctoral research associate Leonie Koban, noting that such social pain is associated with a 20-fold higher risk of developing depression in the coming year. “In our study, we found a placebo can have quite strong effects on reducing the intensity of social pain.”

For decades, research has shown that placebos – sham treatments with no active ingredients –  can measurably ease pain, Parkinson’s disease and other physical ailments.

The new study, published in March in the Journal of Neuroscience, is the first to measure placebos’ impact on emotional pain from romantic rejection.

Researchers recruited 40 volunteers who had experienced an “unwanted romantic breakup” in the past six months. They were asked to bring a photo of their ex and a photo of a same-gendered good friend to a brain-imaging lab.

Just the fact that you are doing something for yourself and engaging in something that gives you hope may have an impact."

As these stimuli were alternately repeated, the subjects rated how they felt on a scale of 1 (very bad) to 5 (very good). Meanwhile, the fMRI machine tracked their brain activity.

While not identical, the regions that lit up during physical and emotional pain were similar.

This finding alone sends an important message to the heartbroken, said senior author Tor Wager, a professor of psychology and neuroscience at CU Boulder: “Know that your pain is real – neurochemically real.”

Back inside the machine, the stimuli repeating, the placebo group not only felt less physical pain and felt better emotionally, but their brain responded differently when shown the ex.

Activity in the brain’s dorsolateral prefrontal cortex – an area involved with modulating emotions – increased sharply. Across the brain, areas associated with rejection quieted. 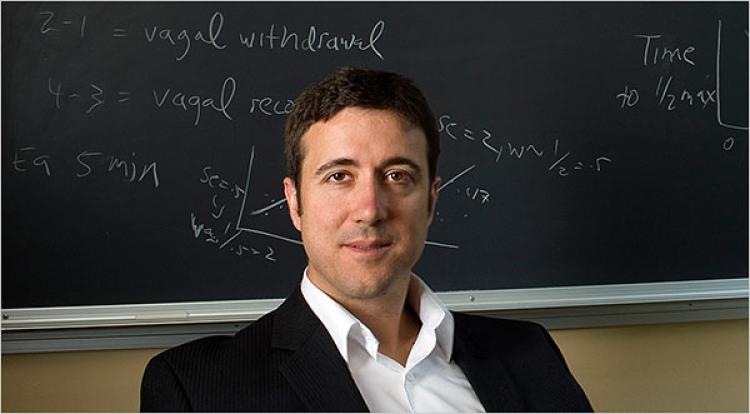 Tor Wager has been researching the placebo effect for 15 years. (Photo courtesy of Tor Wager.)

Notably, after the placebo, when participants felt the best they also showed increased activity in an area of the midbrain called the periaqueductal gray (PAG). The PAG plays a key role in modulating levels of painkilling brain chemicals, or opioids, and feel-good neurotransmitters like dopamine.

While the study did not look specifically at whether the placebo prompted the release of such chemicals, the authors suspect this could be what’s happening.

“The current view is that you have positive expectations and they influence activity in your prefrontal cortex, which in turn influences systems in your midbrain to generate neurochemical opioid or dopamine responses,” said Wager.

Previous studies have shown that the placebo effect alone not only eases depression, but may actually make antidepressants work better.

“Just the fact that you are doing something for yourself and engaging in something that gives you hope may have an impact,” said Wager. “In some cases, the actual chemical in the drug may matter less than we once thought.”

The authors said the latest study not only helps them better understand how emotional pain plays out in the brain, but can also hint at ways people can use the power of expectation to their advantage.

Said Koban: “What is becoming more and more clear is that expectations and predictions have a very strong influence on basic experiences, on how we feel and what we perceive.”

Seventy-eight years ago on Jan. 27, the Auschwitz concentration camp closed after liberation by the Soviet army. Professor Janet Jacobs, who researches genocide, trauma and collective memory, discusses the ways in which the experiences and trauma of Holocaust survivors are passed down through generations. END_OF_DOCUMENT_TOKEN_TO_BE_REPLACED

A model of your very own kidney made entirely from soft and pliable polymers? Researchers at two CU campuses are on the cusp of 3D printing realistic replicas of human anatomy. END_OF_DOCUMENT_TOKEN_TO_BE_REPLACED

Legalizing recreational cannabis does not increase substance use disorders or use of other illicit drugs in adults and may reduce alcohol-related problems, according to new research. The study also found no link between cannabis legalization and increases in cognitive, psychological, social, relationship or financial problems. END_OF_DOCUMENT_TOKEN_TO_BE_REPLACED
Return to the top of the page