In roundworms, fats tip the scales of fertility 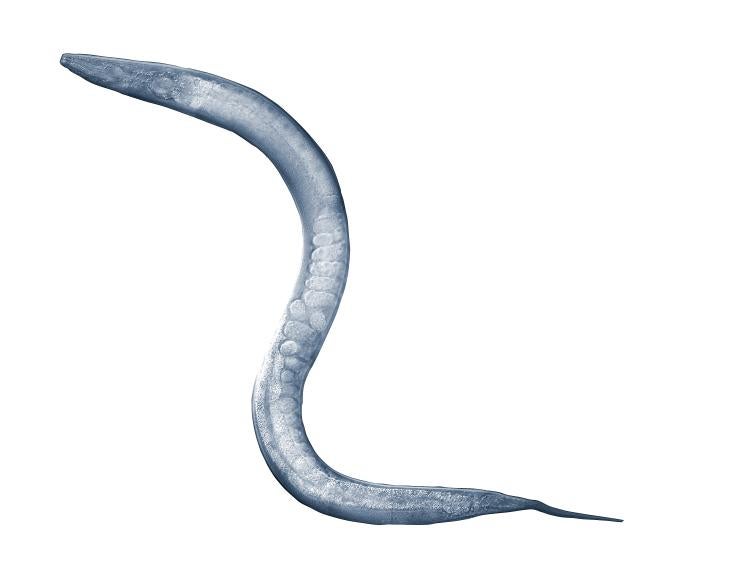 A micrograph of a roundworm. (Photo courtesy of Paul Muhlrad.)

Proper nutrition can unleash amazing powers, moms have always assured us, frequently citing Popeye the Sailor Man as evidence. Now, two CU Boulder scientists have confirmed just how potent some nutrients can be.

In findings published today in the journal Cell, postdoctoral fellow Hongyun Tang and Professor Min Han, both of CU Boulder’s Department of Molecular, Cellular and Developmental Biology and the Howard Hughes Medical Institute, detail how fat levels in a tiny soil-dwelling roundworm (C. elegans) can tip the balance between whether the worm makes eggs or sperm.

Although the researchers discovered this phenomenon in worms, the research could have implications for future studies into human fertility and reproductive development.

Scientists have long recognized a connection between dietary fat and reproductive development in mammals, including humans.

“Studies in humans and rats have suggested that a high-fat diet is a major cause of early puberty in girls,” said Han, the senior author of the paper. “It makes sense from an evolutionary standpoint that reproductive success would be coupled to food availability.”

However, Han said, scientists understand surprisingly little about just how fat levels might be translated into fertility. 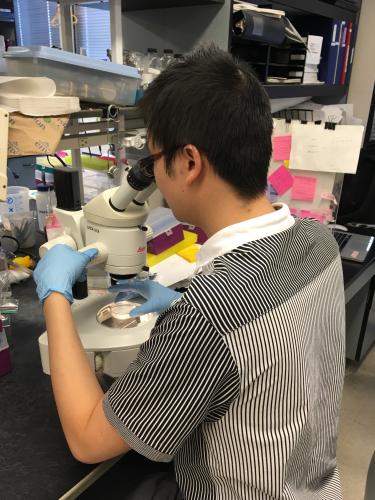 Through a meticulous series of experiments, Tang homed in on one nutrient, a fatty acid called myristic acid, whose abundance, it turns out, worms can “monitor” using an enzyme called acyl-CoA synthase 4 (ACS-4). Fatty acids are chemical building blocks of dietary fats, so their level in a worm’s body is one measure of the general nutritional quality of their food.

Tang found that the levels of certain fatty acids, including myristic acid, can influence the switch from sperm to egg production. When Tang depleted a particular myristic acid derivative from the germ cells in hermaphrodite worms by blocking the action of ACS-4, the worms never made the switch to making eggs.

Many fatty acids, Tang explained, can become biochemically attached to proteins, thereby changing their function. But before the fatty acid can become tethered to the protein, it must be temporarily hitched to a molecule called CoA. ACS-4 is the enzyme that links myristic acid to CoA.

This fatty-acid sensing phenomenon does not appear to be particular to hermaphroditic nematode species like C. elegans. When Tang partially blocked ACS-4 in females of a conventional male/female nematode species, many of the females made sperm instead of eggs. 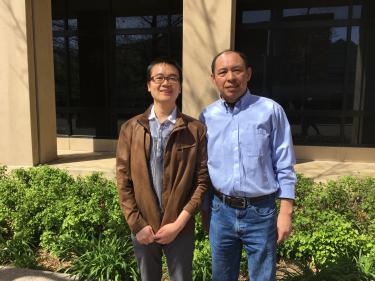 Hongyun Tang and Min Han stand in front of the MCDB building.

The researchers call this newly-discovered ACS-mediated mechanism a “lipid sensor” and believe it could be a widespread strategy by which animals translate cues from the environment into physiological responses. The key proteins at work in the nematodes have highly similar counterparts in humans, suggesting that similar regulatory pathways may operate in people.

The work was supported by the Howard Hughes Medical Institute.

Protests in Iran have sent shockwaves through the country as thousands across the globe have joined in solidarity. Marie Ranjbar explains the history of women-led protests in Iran, what's different this time and what the global community can do to support women's bodily autonomy there. END_OF_DOCUMENT_TOKEN_TO_BE_REPLACED

Ye, the rapper and fashion designer formerly known as Kanye West, made headlines and topped social media feeds in recent weeks for his series of antisemitic comments. Thomas Pegelow Kaplan spoke with CU Boulder Today about what antisemitism means and how it’s perpetuated today. END_OF_DOCUMENT_TOKEN_TO_BE_REPLACED

A new international study conducted at the height of the COVID-19 pandemic shows when people simply take a moment to reflect on the consequences of their behavior, they’re more likely to make choices that benefit public health. END_OF_DOCUMENT_TOKEN_TO_BE_REPLACED
Return to the top of the page