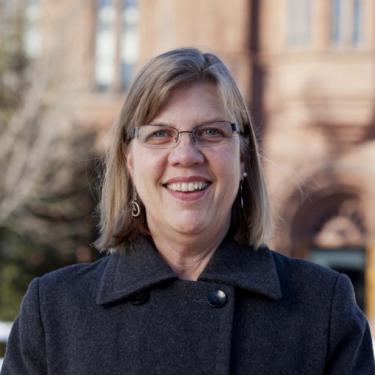 VanGenderen, who most recently served as director of public engagement and external affairs at the U.S. Department of Energy (DOE), will start in the newly created role on June 5.

She will report directly to Kang and be charged with driving a campus-wide vision for sustainability in support of the university’s aspiration of becoming a national model of excellence in the arena. One of her first orders of business will be to develop a sustainability council that will lead creation of CU Boulder’s strategic sustainability vision and develop policies that help fuel sustainability across the campus.

Kang noted the myriad sustainability initiatives already occurring at CU Boulder that are driving positive change both on and off campus. Tying those efforts together under a unified vision and set of goals will help not only track progress but also create a culture where students, faculty and staff alike are always thinking about sustainability and how they can contribute to the efforts.

"Having that key person here will help us figure out who we are and what we aspire to become as it relates to sustainability and resiliency," Kang said.

"Heidi’s wealth of experience in spearheading sustainability initiatives for government, industry and higher education make her uniquely qualified to lead these efforts at CU Boulder."

CU leaders, including faculty, staff and students, selected VanGenderen from a pool of more than 100 applicants—a highly decorated group that included several candidates from the federal government, national labs and other high-profile universities.

A fourth-generation Coloradan, VanGenderen was appointed by President Obama to the DOE post in 2012 to create engagement strategies to advance the policy, technology, deployment and funding of clean-energy resources. Among her accomplishments was serving as DOE lead for the White House Clean Energy Savings for All Americans Initiative that focused on expanding energy-efficiency opportunities for low- and middle-income households.

Prior to the DOE appointment, she served as director of national and regional outreach at the American Council on Renewable Energy and as senior energy advisor for Worldwatch Institute.

But VanGenderen's career ties to her home state also run deep. They include eight years as senior staff for the Wirth Chair in Environmental and Community Development Policy at CU Denver. That role was followed by a stint as senior advisor on climate change and energy for Colorado Governor Bill Ritter, during which VanGenderen oversaw creation of the state’s first Climate Action Plan.

While living in Boulder for most of the 1990s, VanGenderen served on the CU Boulder Environmental Center board and on the city’s Environmental Advisory Board.

"Joining CU Boulder as chief sustainability officer is a wonderful opportunity to apply a lot of what I have been doing over the span of my career in the place that I love most," VanGenderen said.

"Having had a chance to work with CU Denver in my career, as I looked at opportunities presented to me, I realized the chance to work from an academic platform presents the greatest freedom to work effectively with others to advance the education and strategies that can realize genuine sustainability."

Beyond developing the sustainability council, VanGenderen’s duties at CU will include serving as a liaison between CU and several external entities, such as the city of Boulder, federal and state agencies and the national labs, to collaborate on sustainability initiatives.

She’ll help develop innovative ideas for increasing efficiency in the operation of CU Boulder facilities, reducing energy consumption and integrating smart-energy technologies. And she’ll work closely with faculty, staff and students to create a living sustainability laboratory on the campus that will showcase the breadth of possibilities at the nexus of a world-class research university, a visionary community of sustainability champions and renowned national labs.

"Universities are distinctly positioned to serve as test beds for demonstrating both existing and emerging technologies," VanGenderen said.

"CU Boulder’s willingness to serve in that capacity, with an eye toward systems integration, places the campus in a leadership position that builds on the strong sustainability measures already in place." 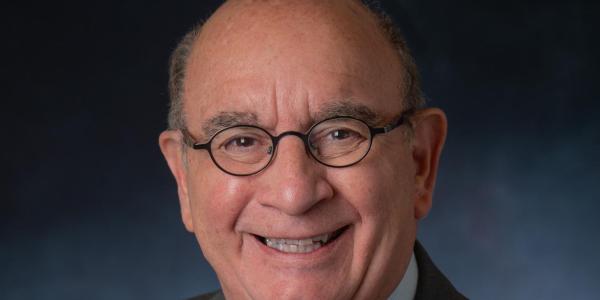 Chancellor Philip DiStefano spoke in two sessions at the UC3 Summit in Vancouver, British Columbia this week, bolstering and advancing CU Boulder’s status as a leader in climate science research and sustainability. END_OF_DOCUMENT_TOKEN_TO_BE_REPLACED

The finalists for the position of vice chancellor for research and innovation and dean of the institutes have been named. Join campus community forums designed to get to know the finalists and ask them questions. END_OF_DOCUMENT_TOKEN_TO_BE_REPLACED

National searches are underway for the university’s next vice chancellor for infrastructure and sustainability and associate vice chancellor for health and wellness, with the goal to identify final candidates during the spring semester. END_OF_DOCUMENT_TOKEN_TO_BE_REPLACED
Return to the top of the page