In the days following 9/11, frightened college students across the country gathered around TVs to get a sense of what was happening in New York City.

Lori Peek, who was just starting her third year of graduate school at CU Boulder, also watched the catastrophe unfold from afar. But soon after the twin towers fell, she packed her bags and flew into the chaos. 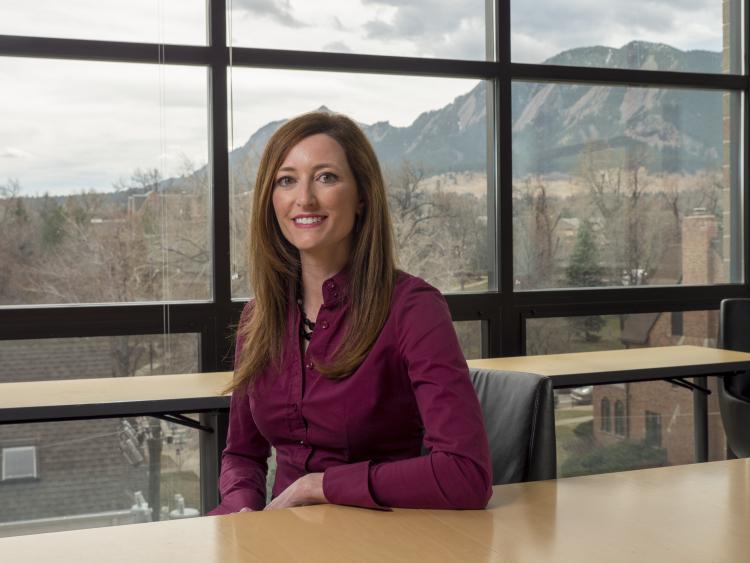 Lori Peek, the new director of the Natural Hazards Center.

"I’d never been to New York or even ridden a subway before," recalls Peek, a research assistant at the Natural Hazards Center at the time. "But I understood it was vital that I get into the field quickly to collect valuable information that would otherwise be lost."

Fast forward 16 years and Peek, who in January returned to Boulder to direct the center, has amassed a unique body of research on how disasters – from terrorist attacks to tornadoes – impact the lives of the vulnerable and marginalized in the days and years to follow.

Her two-year study of the impact 9/11 had on Muslim Americans led to an acclaimed book, Behind the Backlash: Muslim Americans after 9/11. Her work in the Gulf Coast after Katrina and the BP oil spill and Joplin, Missouri – home to the deadliest tornado in 70 years – led to community interventions that help teens better prepare for and recover from disasters. And her 2015 book Children of Katrina, a 7-year project completed with fellow sociologist Alice Fothergill, has been lauded as a groundbreaking exploration of children's long-term recovery.

Peek has no doubt that larger, more destructive disasters are yet to come, due to growing populations in geographically vulnerable areas, unsustainable development and climate change. After spending a decade as a faculty member at Colorado State University and having traveled around the world studying the aftermath of disaster, she returned to the Natural Hazards Center – the nation's clearinghouse for disaster research – to apply the lessons learned.

"We’re in a race, trying to figure out how to work with communities to make them more resilient and be sure that, when disaster strikes, those that are already struggling aren’t left behind," says Peek, also a professor in the sociology department. "To be at this center at this particular time in our nation's history represents an incredible opportunity to work with others to have an impact."

From Kansas to Ground Zero 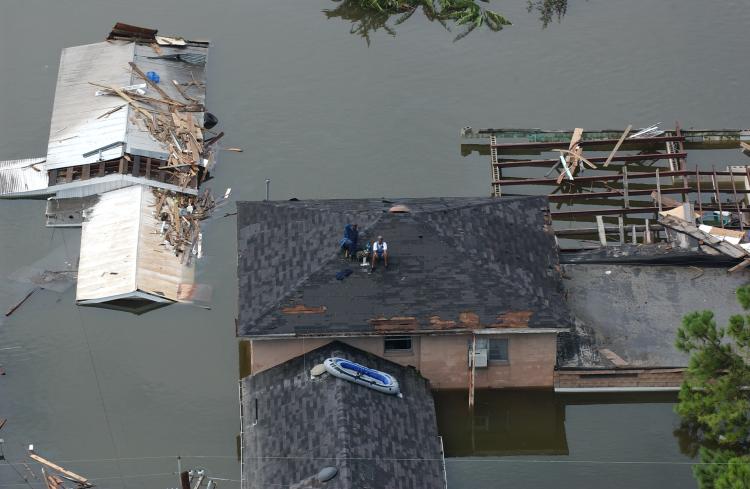 The aftermath of Hurricane Katrina.

Growing up in a small eastern Kansas town, population 571, Peek had "barely even been on a plane" when 9/11 hit.

But as a young sociologist with a close Muslim friend, Peek was deeply troubled by reports of anti-Islamic and anti-Arab hate crimes following the attacks. She applied for a $3,000 Quick Response Grant, which the center awards to researchers wanting to travel to disaster sites immediately to gather "perishable data." She touched down in lower Manhattan on Sept. 29 and spent the next two years gathering FBI hate crime data, media and civil rights reports of discrimination claims, and interviewing 140 Muslim Americans about their experiences.

"There is this whole narrative that disasters are altruistic events that bring people together. But what happens to people who may want to be a part of that community but find themselves on the outside looking in? I wanted to find out," recalls Peek.

Just weeks after she finished her dissertation on the subject, as she began a new teaching position at CSU, Hurricane Katrina hit. Yet again she found herself on a plane, headed into a region where 1 million people had been evacuated within a matter of days. Her hope: to learn what factors led some children to fare well long-term, while others didn't.

Ultimately, she and Fothergill, also a CU alumna, would observe and interview hundreds of children. They then zeroed in and followed 25 for seven years, going to church, school, playgrounds and grocery stores with them, tracing their paths to recovery as they and their families moved.

"We became deeply embedded in their lives," says Peek. 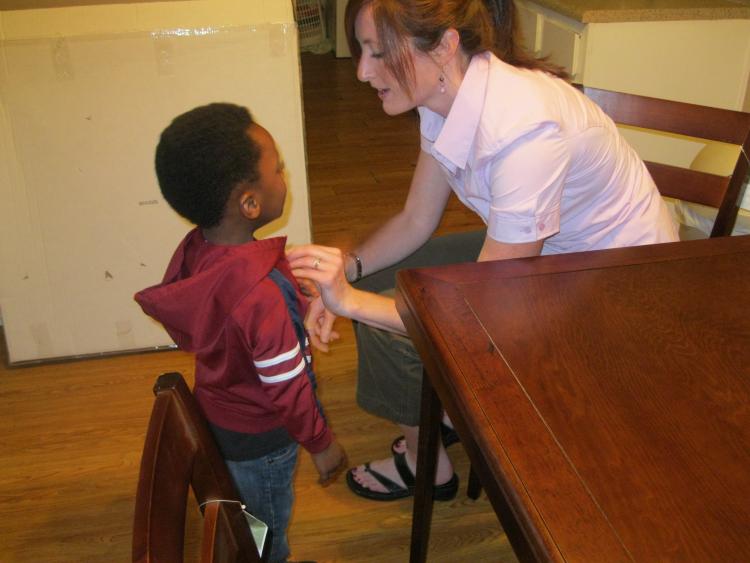 Peek followed 25 displaced children for 7 years for her book, Children of Katrina.

Dennis Mileti, a former director of the center who served as Peek's mentor from 1999 to 2005 says her work has lent a new perspective to disaster research.

"Disaster is not just about broken walls and houses and pipes but also about secondary social impacts which are relatively understudied. Lori really opened up that vein of research," he said.  Peek says her travels taught her several things: The less a child is displaced (from their home, school, or peer group) post-disaster, the better they tend to do. And while new businesses and homes are important, reclaiming parks and playgrounds is also key.

"Yes, the work can be exciting and intimidating at times. But it is not the drama that makes me want to do this kind of research, it is what disasters reveal about our social order," she says. "The altruism and generosity I have seen is what will always stick with me."