The study examined publically available data from the Colorado Oil and Gas Conservation Commission (COGCC), a regulatory division of the state’s Department of Natural Resources, and was funded entirely by the National Science Foundation’s AirWaterGas Sustainability Research Network, based in Boulder.

Specifically, researchers from the Department of Civil, Environmental and Architectural Engineering (CEAE) and Institute of Arctic and Alpine Research examined data collected on surface casing pressure to identify oil and gas wells with integrity issues.

Surface casing is installed from the surface to below the deepest aquifers in order to protect groundwater. If the production pipe or a borehole in cement develops cracks, gas accumulates inside the surface casing, building up pressure. In some cases, the gas can eventually seep out of the casing and into groundwater or the atmosphere.

“Colorado is the only state we were able to identify that makes surface casing pressure data publicly available,” said Hari Rajaram, a CEAE professor and co-author of the study. “Considering the value of surface casing pressure data in identifying and remediating problematic wells, the COGCC’s testing and monitoring regulations could serve as a model for other regulatory agencies and states.”

The majority of new horizontal wells in the Wattenberg Field have been built with surface casing that extends deeper than state regulations, reducing the likelihood that these wells will contaminate groundwater. This is not the case for older vertical wells with short surface casings that were constructed before current state regulations were changed to require deeper cementing.

While occurrence of surface casing pressure in new horizontal wells is a concern and should continue to be monitored, the study recommends that companies and policymakers focus on fixing older wells with shallower surface casing.

“They should strive to bring legacy wells up to current standards,” said Greg Lackey, a post-graduate researcher in CEAE and lead author of the study. “Surface casing pressure is very easy to measure and regular testing on more wells will help to identify and remediate problematic wells.”

Surface casing pressure has previously been examined in offshore wells, but this is believed to be the first study to look directly at pressure readings in onshore wells.

The research complements a 2016 study by the AirWaterGas Sustainability Research Network that looked at the frequency of methane occurrence in drinking water aquifers due to natural gas leakage. 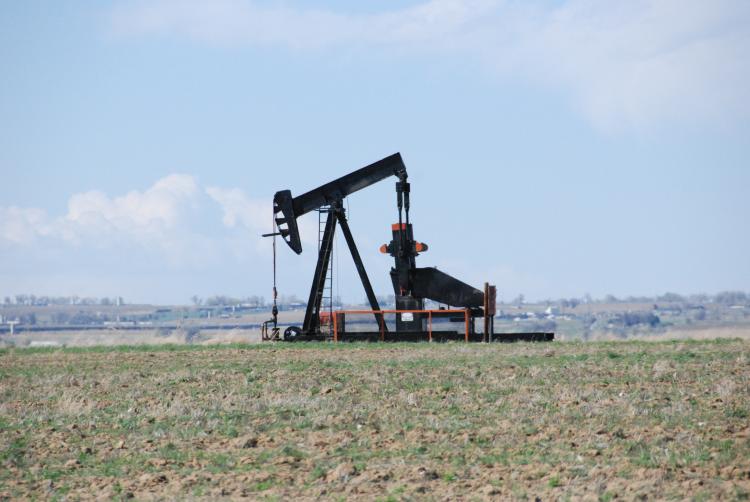 Birds that can live at 14,000 feet and also breed at sea level might have evolved more quickly than previously thought. END_OF_DOCUMENT_TOKEN_TO_BE_REPLACED

Despite the Inflation Reduction Act, U.S. progress on climate change remains stuck in a climate conundrum, CU Boulder experts say, hampered by politics, complexity and the scope of the problem. END_OF_DOCUMENT_TOKEN_TO_BE_REPLACED

A CU Boulder-led study shows that between 1985 and 2019 in Brazil’s Atlantic Forest, deforestation decreased and reforestation increased on lands where Indigenous communities had been able to complete a legal process to receive formal recognition of their ancestral lands. END_OF_DOCUMENT_TOKEN_TO_BE_REPLACED
Return to the top of the page