Spinoff company is all in the CU Boulder family 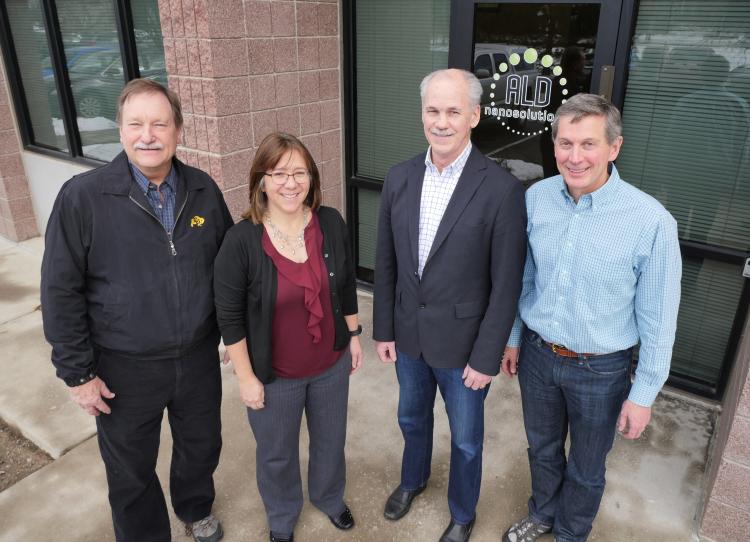 In 1997, Professor Alan Weimer of chemical and biological engineering heard a campus talk by Professor Steven George of chemistry about a novel process of coating surfaces with the thinnest of materials possible, known as atomic layer deposition (ALD).

“One of the things Steve talked about was putting an extremely thin film coating on a flat piece of metal as part of a research project for the U.S. Navy looking for ways to better protect the hulls of ships,” explains Weimer, an expert in fine particle processing. “We talked afterward and eventually decided to team up on the research.”

The thickness, or lack thereof, of ALD is breathtaking. Each layer of the coatings the researchers lay down is generally the thickness of a single atom—about a million times smaller than the thickness of a human hair. The team also can control the number of atomic layers, changing up the chemistry depending on the project.

Starting up a start-up

Within a few years Weimer and George had filed a number of patents on the technology, gaining exclusive rights to a wide range of intellectual property. When the CU Technology Transfer Office strongly hinted it would be a good move to start a spin-off company, Weimer and George sought out CU Boulder postdoctoral researcher Karen Buechler, who was working in Weimer’s lab at the time.

No problem. Weimer called Mike Masterson, his former graduate school office mate at CU Boulder in chemical engineering. Masterson, who was embarking on a career in Boston as a venture capitalist, became the first and only CEO of ALD NanoSolutions (ALD Nano).

“In a weak moment I said ‘Sure, I’ll do that,’” Masterson recalls with a laugh. ALD Nano was now officially rolling with its four CU Boulder co-founders.

“When you start a company, there are a lot of things you can’t control, and there is a lot of luck involved,” says Masterson, who has started eight high-tech companies. “You really can’t control the markets and you can’t control the global economic environment. But one thing you can control is who you get into business with. With Al, Steve and Karen, I knew I was going to be working with honest, smart and very dedicated people.”

The evolution of a company 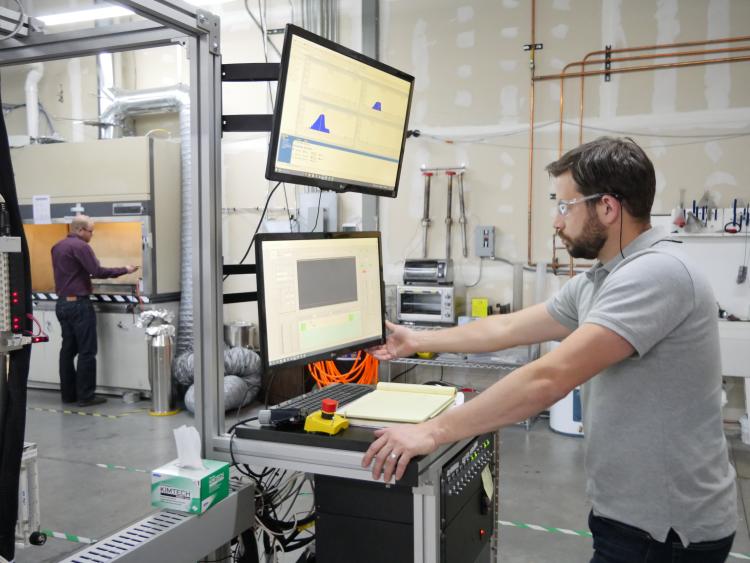 In its early years ALD Nano secured about $7 million in federal grant funding, including funds from the Department of Energy and the National Science Foundation as part of the competitive Small Business Innovation Research (SBIR) program. Today, the company is funded exclusively by commercial revenue.

In all, the Weimer and George labs have received roughly $18 million over nearly 20 years to support their ALD research. Most of the resulting intellectual property has been exclusively licensed to ALD Nano. This has created an ongoing, productive relationship between the university and its spin-off company, explains Weimer.

So what exactly do the scientists and engineers do at ALD Nano, which is based in Broomfield, Colorado? “The way I describe it to my grandmother is we put down really thin coatings on particles and plastics that makes them better,” said Buechler. “What each particular film does can be very different depending on the application.”

The advanced materials ALD Nano is creating are helping to transform industries like lighting, energy storage, consumer electronics and water purification. “We unlock the potential of these materials to impact the performance of new and existing products,” said Masterson, noting ALD Nano now has customers in the United States, Europe and Asia, including many Fortune 500 companies.

"One of the hot areas for ALD today is improving lithium-ion batteries," said George. Using atomic layer deposition, the researchers have shown they can improve the performance, extend the life cycle and enhance the safety of batteries in consumer electronics like cell phones and laptops, as well as in electric vehicles and grid storage.

“Every time you charge and discharge these batteries, they get a little weaker, and after a couple of years they have about half the power than when they were new—something known as ‘capacity fade,’” George explains. “We have shown that ALD coatings on the battery electrodes or the particles that comprise the electrodes can reduce capacity fade significantly.”

What’s next for ALD Nano? “One of the exciting things about this is that many of the applications for our technology have not been discovered yet,” says Weimer.

Of the 15 people who now work at ALD Nano, almost all are CU Boulder graduates, said Buechler. “We joke that it’s not a requirement to be an alum in order to work here, even if it seems that way.”

“This company has executed with focus and pragmatism since we formed it, and now we are moving into high gear commercially,” says Weimer. “And we have what I call a lot of high-end ethics within the company, which is very important to all of us. That is one reason we are all still together after all these years.”

A collaborative study, including CU Boulder associate professor Andrew McAdam, investigates how the risks and rewards of red squirrel reproduction are a microcosm of evolutionary patterns. END_OF_DOCUMENT_TOKEN_TO_BE_REPLACED

What happens when an expert on natural language processing asks a chatbot to write a children's book in the style of Dr. Seuss? Professor Kai Larsen put the question to the test. END_OF_DOCUMENT_TOKEN_TO_BE_REPLACED

A model of your very own kidney made entirely from soft and pliable polymers? Researchers at two CU campuses are on the cusp of 3D printing realistic replicas of human anatomy. END_OF_DOCUMENT_TOKEN_TO_BE_REPLACED
Return to the top of the page