Dust released by an active coal mine in Svalbard, Norway, reduced the spectral reflectance of nearby snow and ice by up to 84 percent, according to new University of Colorado Boulder-led research. 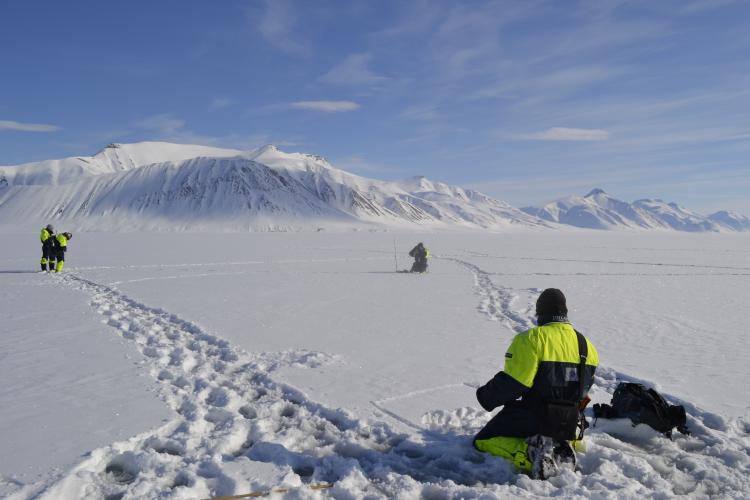 The study was published today in the Journal of Geophysical Research: Atmospheres, a publication of the American Geophysical Union.

Unblemished snow and ice have a very high spectral albedo, a measurement used to indicate how effectively a given surface reflects solar energy. Over time, airborne black carbon particles (from soot or automobile emissions, for example) or other mineral dust can travel long distances in the atmosphere and settle on snow and glaciers, lowering the overall albedo.

To study the localized effects of coal dust on an area with high spectral reflectance, CU Boulder researchers focused on an active coal mine in Svalbard, Norway, located on a sparsely populated island north of the Arctic Circle. The researchers collected snow and ice samples from four sites at varying distances from the mine, with some samples being visibly dirtier than others.

The researchers then measured the light absorption capacity of each sample, adjusting for environmental factors such as snow grain size and location relative to the mine. Overall, the study concluded that coal dust had a strong but localized effect, reducing the albedo in the immediate area by up to 84 percent.

The findings may provide a foundation for similar research using satellites and remote sensing techniques in far-flung areas.

“The extreme contrast between snow and dust at this particular site gave us a baseline to develop algorithms that we can now use to take future measurements in areas that aren’t easily accessible,” said lead study author Alia Khan, a post-doctoral researcher in CU Boulder’s National Snow and Ice Data Center and former graduate student at the Institute of Arctic and Alpine Research (INSTAAR). 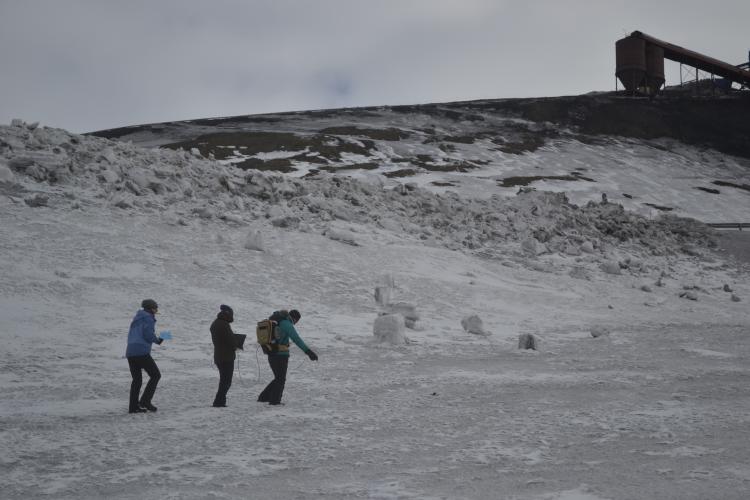 The findings may also provide context for future policymaking decisions regarding the potential expansion of mining the coal-rich Arctic region, especially in light of ongoing permafrost thaw that may allow more land-based drilling operations.

“We hope these ground-based spectral measurements could be used in the management of future energy development in the Arctic, especially for mines that may be unavailable for ground-based observations, but may be large enough to be visible by satellite,” Khan said.

Co-authors of the new research include Diane McKnight of INSTAAR and CU Boulder’s Department of Civil and Environmental Engineering; Heidi Dierssen and Adam Chlus of the University of Connecticut; Joshua Schwarz of NOAA; Carl Schmitt of the National Center for Atmospheric Research; Mark Hermanson of the University Center of Svalbard; and Thomas Painter of the Jet Propulsion Laboratory and California Institute of Technology.

The research was supported by the National Science Foundation; NASA Ocean Biology and Biogeochemistry and the Consortium of Universities for the Advancement of Hydrological Sciences; and the University Center in Svalbard. 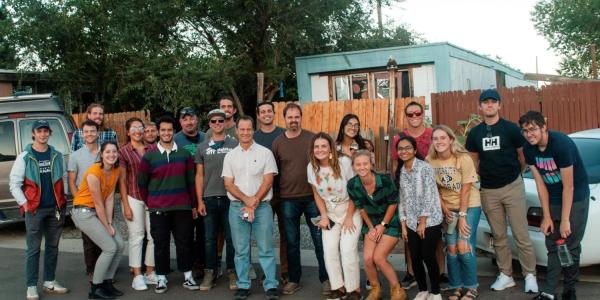 An interdisciplinary team of students is building a super energy-efficient home for a national competition, and they need your help to be successful. END_OF_DOCUMENT_TOKEN_TO_BE_REPLACED 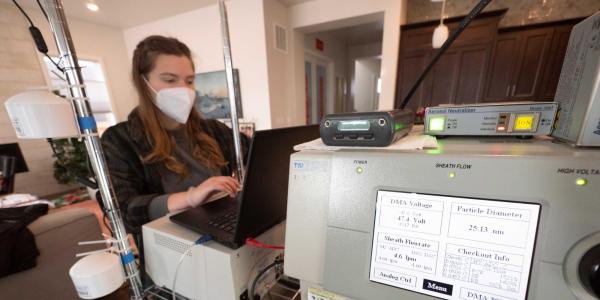 CU Boulder researchers from across campus have pivoted to study the aftermath of the Marshall Fire, hoping to learn from a tragedy in their own backyard and help prepare the country for the next “climate fire.” END_OF_DOCUMENT_TOKEN_TO_BE_REPLACED

A new CU Boulder study shows iodine from desert dust can decrease air pollution, but it could prolong greenhouse gas lifetimes. END_OF_DOCUMENT_TOKEN_TO_BE_REPLACED
Return to the top of the page