University of Colorado Boulder researchers have discovered an atmospheric escape route for hydrogen on Mars, a mechanism that may have played a significant role in the planet’s loss of liquid water.

The findings describe a process in which water molecules rise to the middle layers of the planet’s atmosphere during warmer seasons of the year and then break apart, triggering a large increase in the rate of hydrogen escape from the atmosphere to space in a span of just weeks.

The new study, which appears today in the journal Nature Geoscience, cuts against traditional models that have historically considered Martian hydrogen escape to be slower and more constant.

“Going back to the 1970s, the conventional picture of Martian hydrogen loss has been one of slow, steady escape over long time scales,” said Mike Chaffin, a research associate at the Laboratory for Atmospheric and Space Physics (LASP) at CU Boulder and lead author of the new study. “With this work, we find that there are ways to produce much more seasonal variation than previously thought.”

Atmospheric loss has controlled Mars’ habitability over time, removing most of the planet’s liquid water through the escape of atomic hydrogen and oxygen to space. In 2007, observations from NASA’s Hubble Telescope and European Space Agency’s Mars Express spacecraft first noticed large seasonal variations in the planet’s rate of hydrogen escape. When Mars’s orbit brings it closest to the sun, hydrogen escape increases by a factor of up to 100.

“This seems to happen every Martian year. We see efficient escape while the planet is close to the sun and less escape when it’s further away,” Chaffin said. “That tells us that the old explanation for Martian hydrogen escape is insufficient.”

Previous Martian atmospheric models held that water molecules were “cold trapped” at lower levels of the atmosphere due to a gradual decline in water vapor abundance as altitude increases. A similar mechanism exists in Earth’s atmosphere. But observations from Mars Express showed that when Mars’ lower atmosphere warms during southern summer, water molecules that would normally freeze are able to rise higher than normal in the atmosphere, bypassing the cold trap.

The work released today shows that this water, now nestled in the middle altitudes and exposed to more ultraviolet light from the sun, splits apart to produce atomic oxygen and hydrogen. The atoms and molecules released from this water can then cover the large distance between the middle and upper atmosphere. Once at the highest altitudes, hydrogen (which is the lightest gas) is free to escape Mars’s low gravity while oxygen is left behind.

“In this case, we had two unexpected findings: seasonal changes in hydrogen escape and excess water in the middle atmosphere. But taken together, these two unexpected things make sense,” Chaffin said. “It’s very satisfying as a scientist when that happens.”

The researchers hope that their model will eventually be verified through combined observational evidence from the CU Boulder-led Mars Atmosphere and Volatile Evolution (MAVEN) spacecraft, which studies Mars’s upper atmosphere, and the European Space Agency’s Trace Gas Orbiter, which will begin studying the lower altitudes in March 2018.

The large effect of this newly discovered mechanism on Martian hydrogen escape has significant implications for piecing together the planet’s transition from a warm, wet state to its current cold, desolate state.

The study was co-authored by Justin Deighan, Nick Schneider and Ian Stewart of LASP. 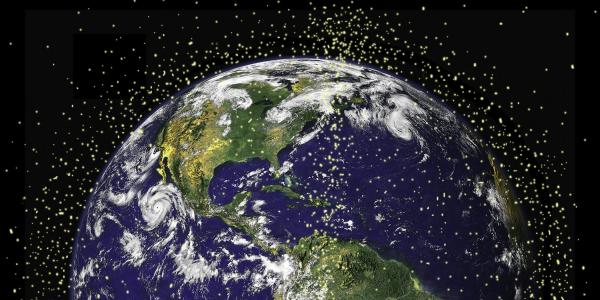 In this Q&A, aerospace engineer Hanspeter Schaub says that the odds of people getting hit by debris falling from space are astronomically low. But collisions in orbit around Earth could still pose a threat to satellites and astronauts. END_OF_DOCUMENT_TOKEN_TO_BE_REPLACED 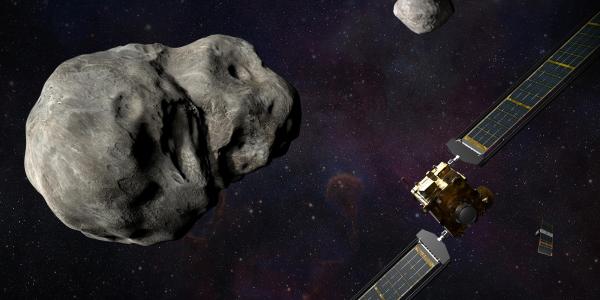 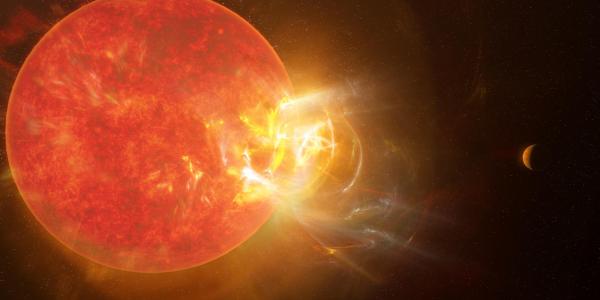 On May 1, 2019, researchers observed a record-setting flare from the star Proxima Centauri—a burst of energy roughly 100 times more powerful than any similar event seen from Earth's sun. END_OF_DOCUMENT_TOKEN_TO_BE_REPLACED
Return to the top of the page