A steady stream of nicotine normalizes genetically-induced impairments in brain activity associated with schizophrenia, according to new research involving CU Boulder researchers. The finding sheds light on what causes the disease and why those who have it tend to smoke heavily. 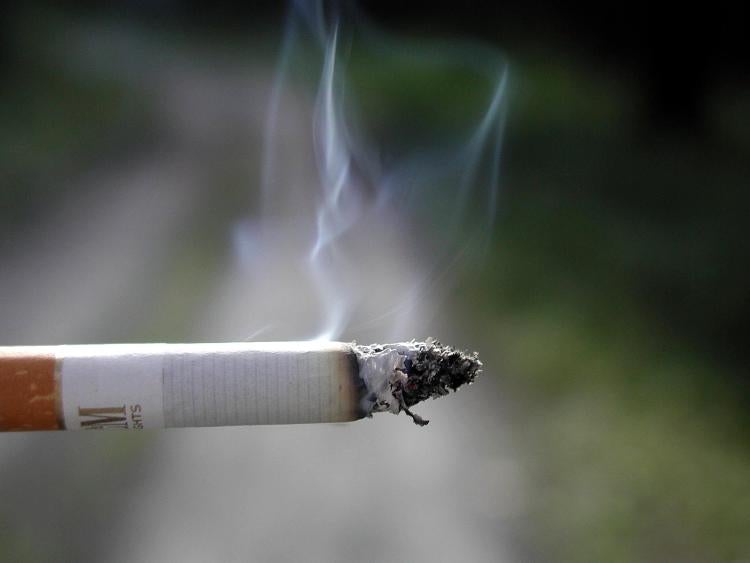 Between 80 and 90 percent of people with schizophrenia smoke cigarettes.

Ultimately the authors of the study, published in the journal Nature Medicine, envision their work could lead to new non-addictive, nicotine-based treatments for some of the 51 million people worldwide who suffer from the disease. It could also potentially have applications for treating addiction, Attention Deficit Hyperactivity Disorder, Bipolar disorder and other psychiatric conditions.

“Our study provides compelling biological evidence that a specific genetic variant contributes to risk for schizophrenia, defines the mechanism responsible for the effect and validates that nicotine improves that deficit,” said Jerry Stitzel, a researcher at the Institute for Behavioral Genetics (IBG) and one of four CU Boulder researchers on the study.

Led by Uwe Maskos – a researcher at the Institut Pasteur in Paris, France – the study found that when mice with schizophrenic characteristics were given nicotine daily, their sluggish brain activity increased within two days. Within one week it had normalized.

“Basically the nicotine is compensating for a genetically determined impairment,” says Stitzel. “No one has ever shown that before.”

The international team of scientists set out to explore the underlying causes of “hypofrontality”  – a reduction of neuronal firing in the prefrontal cortex of the brain. Hypofrontality is believed to be the root cause of many of the signature cognitive problems experienced by schizophrenics, including trouble paying attention, remembering things, making decisions and understanding verbal explanations. 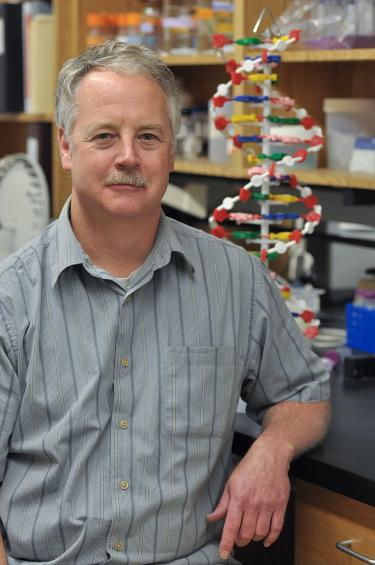 Jerry Stitzel, of the Institute for Behavioral Genetics.

Eighty to 90 percent of people with schizophrenia smoke and most are very heavy smokers, a fact that has long led researchers to suspect they are self-medicating.

For the study, the researchers set out to answer several questions: Does a variant in the CHRNA5 gene lead to hypofrontality. If so, how? And does nicotine somehow interrupt this effect?

To do so, the research team first took mice with the CHRNA5 gene variant and used state-of-the-art brain imaging technologies to see if they had hypofrontality. They did. Then Stitzel and co-author Charles Hoeffer, also of CU Boulder’s IBG, conducted behavioral tests to see if the mice shared key characteristics of schizophrenics, like being unable to suppress a startle response and being averse to social interaction. They were. The results validated that the gene variant likely plays a role in schizophrenia by causing hypofrontality, says Stitzel.

Nicotine appeared to reverse this in the mice, normalizing brain activity by acting on nicotinic receptors in regions of the brain key to healthy cognitive function.

Because hypofrontality is also associated with addiction and other psychiatric conditions, the research could ultimately have broad applications for drug development in the mental health field, the authors say. “This defines a completely novel strategy for medication development,” says lead author Maskos. Early stage research is already under way to develop drugs that act on nicotinic receptors.

Another potential application of the research: “Identifying behavioral deficits associated with this mutation can be used for diagnostic or predictive work in schizophrenia," says Hoeffer.

Seventy-eight years ago on Jan. 27, the Auschwitz concentration camp closed after liberation by the Soviet army. Professor Janet Jacobs, who researches genocide, trauma and collective memory, discusses the ways in which the experiences and trauma of Holocaust survivors are passed down through generations. END_OF_DOCUMENT_TOKEN_TO_BE_REPLACED

A model of your very own kidney made entirely from soft and pliable polymers? Researchers at two CU campuses are on the cusp of 3D printing realistic replicas of human anatomy. END_OF_DOCUMENT_TOKEN_TO_BE_REPLACED

Legalizing recreational cannabis does not increase substance use disorders or use of other illicit drugs in adults and may reduce alcohol-related problems, according to new research. The study also found no link between cannabis legalization and increases in cognitive, psychological, social, relationship or financial problems. END_OF_DOCUMENT_TOKEN_TO_BE_REPLACED
Return to the top of the page