Researcher receives prize for work on telomerase, a key driver of cancer

If an anti-aging regimen that involves telomeres—part of the human chromosome—sounds too good to be true, it probably is, says Jens Schmidt, a postdoctoral fellow in the Cech Lab at CU Boulder’s BioFrontiers Institute.

“There are all these products out there that say ‘hypercharge your telomeres!’ But if you do that in cells that are predisposed to turn into cancer cells you might be in trouble,” says Schmidt, who was just named the first Coloradan to win the prestigious Damon Runyon-Dale Frey Breakthrough Award for cancer research. 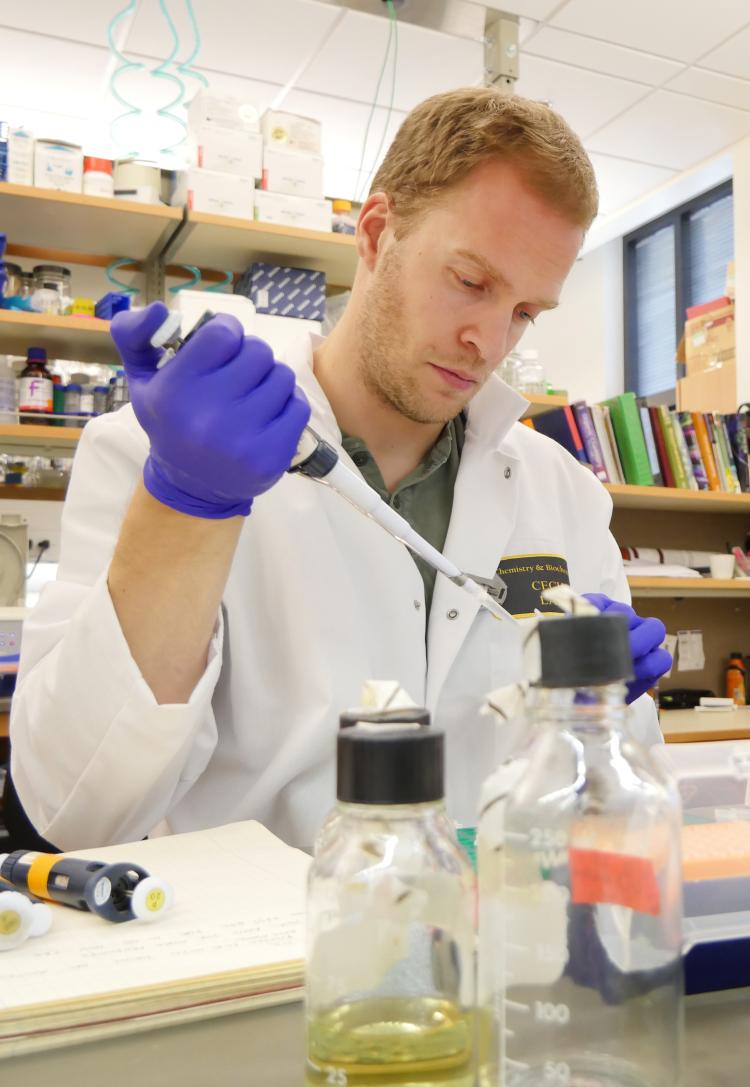 Jens Schmidt, of the BioFrontiers Institute, is the first Coloradan to receive the Damon Runyon-Dale Frey Breakthrough Award for cancer research.

Telomeres are elongated caps at the ends of each of our 46 chromosomes which, like the tips of shoelaces, serve to protect our precious DNA from fraying. As telomeres shorten, cells wither and die, and we age. Consequently, telomere preservation – via everything from gene therapy to dietary supplements – has been broadly viewed as the modern-day fountain of youth.

But Schmidt sees telomeres in a darker light. When preserved via a naturally-occurring enzyme called telomerase, they can also immortalize some cells that are meant to stop dividing and die. Left to proliferate, those cells can lead to cancer.

“Telomere maintenance is one of the few key things cancer needs to survive,” says Schmidt.

With a brand new baby at home, the 33-year-old, Berlin-born scientist aims to use the $100,000 award to further his groundbreaking research exploring precisely how the telomerase enzyme finds, attaches itself to and replenishes telomeres. Ultimately, he and others envision a new generation of targeted cancer drugs which would work by inhibiting that cell-preserving process in cancer cells, while sparing healthy ones (thus avoiding the hair loss and other side effects that cancer drugs can bring).

“Jens has made a significant contribution to the field of understanding telomerase, which has big potential to impact cancer treatment,” says Yung Lie, chief scientific officer for the Damon Runyon Cancer Research Foundation. “He has a developed a very unique way of looking at this in a way that was not technologically possible before.”

To understand just how a telomerase enzyme replenishes a fraying chromosomal end, Schmidt first set out to learn how the two find each other in the relatively vast open space inside the cell.

“It’s like if you have 10 buddies and you all go to a Broncos game and you scatter at the stadium,” he explains. “How are you going to find each other without cell phones? What are the chances you’ll just bump into each other? And if you do, how do you keep holding hands to make sure you don’t lose each other again?”

In August, Schmidt and his mentor Nobel laureate Thomas Cech coauthored a paper in the journal Cell which shed significant light on the process.

Schmidt developed a method using the CRISPR genome editing tool to attach fluorescent tags to telomerase enzymes and telomeres. Then he used a high-powered microscope to spy on their movements inside the nuclei of living human cancer cells. 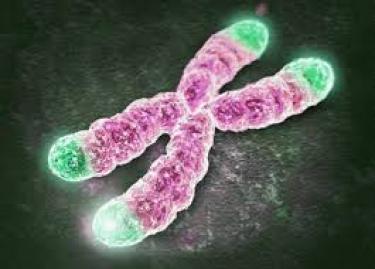 A chromosome with telomeres shown in green.

A resulting video shows telomerase zipping around the nuclei at a frenzied pace, bumping into telomere after telomere thousands of times before settling in on some, resting there for up to 8 minutes, then zipping away.

Schmidt suspects the telomerase is adding DNA sequences as it rests there, elongating the telomere. With his next study, he hopes to find out for sure. “I want to understand this whole process in gory detail.”

Originally from Germany, Schmidt attended the Freie Universitat in Berlin before earning a doctorate in biology from the Massachusetts Institute of Technology and coming to CU Boulder to study with Cech under a postdoctoral fellowship sponsored by the Damon Runyon Cancer Research Foundation.

Of 27 fellows who applied for the Breakthrough Award, he was one of three recipients.

He notes that in some cases, as with the stem cells that yield skin and hair, telomere preservation is indeed beneficial.

But when it comes to dietary supplements that aim to promote longevity by enhancing the process, he warns: Buyer beware. None have been approved by the Food and Drug Administration and whether they do anything to truly influence telomeres remains uncertain.

And if they do? “You might look younger,” he says. “But you also might be boosting your cancer risk.” 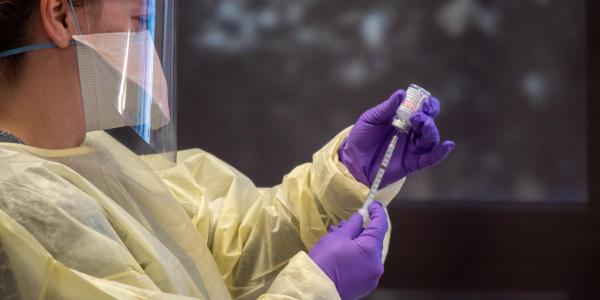 As leaders face tough decisions about who to vaccinate against COVID-19, a new study finds that vaccinating adults 60 or older first will save the most lives in the long term. END_OF_DOCUMENT_TOKEN_TO_BE_REPLACED

When students in more than 20 Denver Public Schools return to classrooms for the spring semester, they’ll be coming back to cleaner indoor air, thanks in part to work being done by CU Boulder environmental engineering researchers. END_OF_DOCUMENT_TOKEN_TO_BE_REPLACED

Taking a look at sweat, bleach and gym air quality

A CU Boulder study shows human emissions, including amino acids from sweat or acetone from breath, can chemically combine with bleach cleaners to form new airborne chemicals with unknown impacts to indoor air quality. END_OF_DOCUMENT_TOKEN_TO_BE_REPLACED
Return to the top of the page